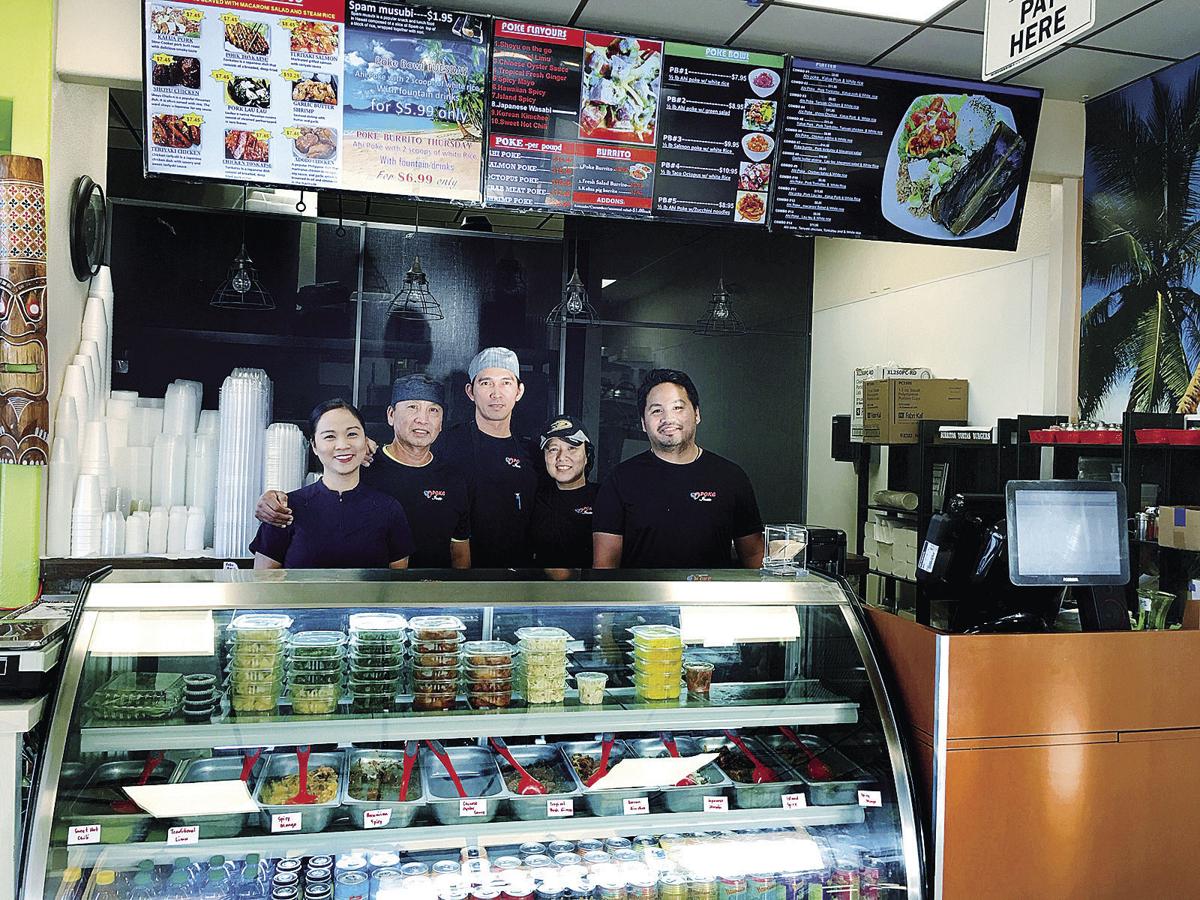 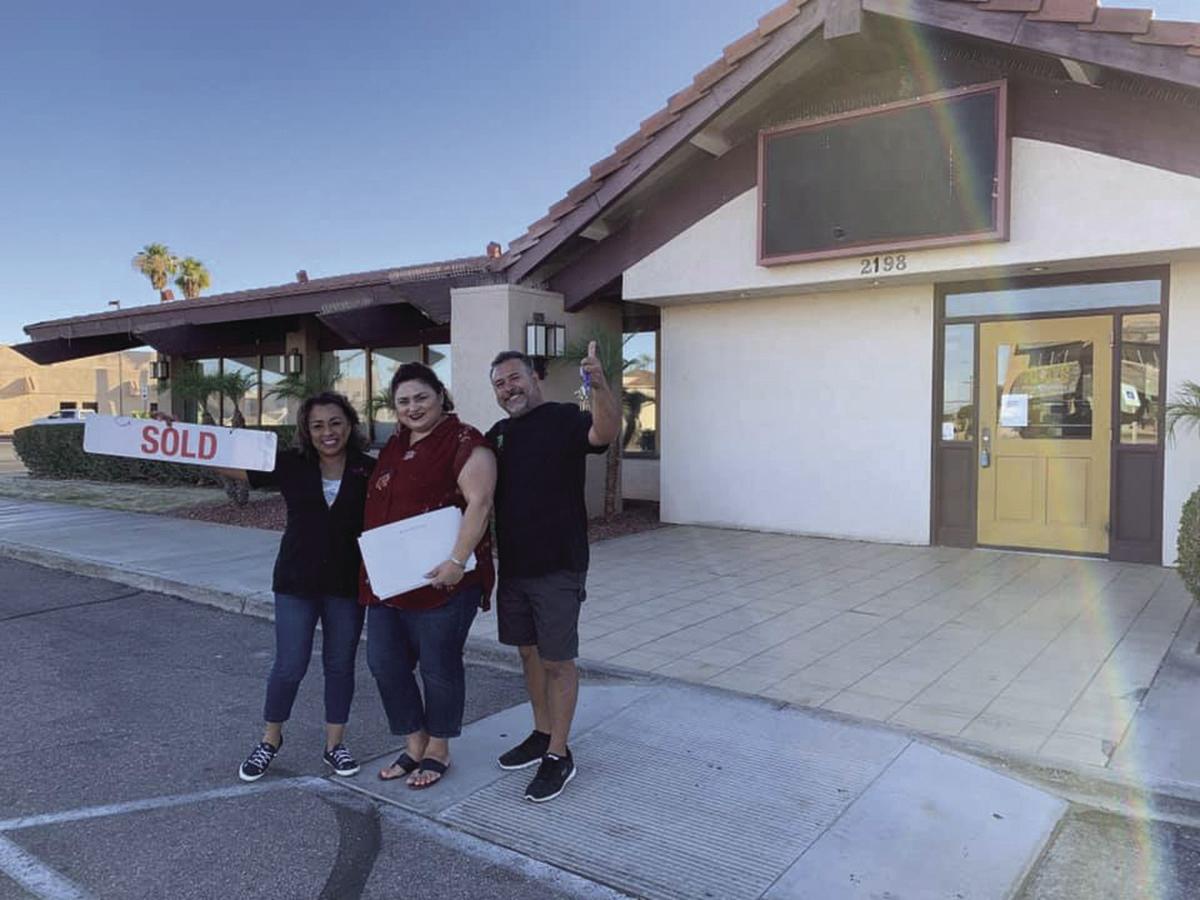 Gabriela (left) and Ramon Gutierrez (right) celebrate the purchase of the former Coco's Bakerty Restaurant at 2198 S. 4th Ave. They will eventually move their Monster Taco and Monster Hot Dogs stand from the current site at 1744 S. Pacific Ave.

Gabriela (left) and Ramon Gutierrez (right) celebrate the purchase of the former Coco's Bakerty Restaurant at 2198 S. 4th Ave. They will eventually move their Monster Taco and Monster Hot Dogs stand from the current site at 1744 S. Pacific Ave.

The choice of cuisine in Yuma is increasingly becoming more diversified. I love how we can taste dishes from many cultures across the world.

Now we can sample the Hawaiian and Pacific cuisine at Poke Inato, recently opened at 3939 S. Avenue 3E, Suite 108, in the Alarcon Shopping Center, across from the Marine Corps Air Station.

The family-owned restaurant serves poke, which is raw diced fish (in Hawaiian, poke means “sliced”). Poke Inato serves salmon, tuna, octopus and crab meat marinated in different sauces. The best sellers so far have been the tonkatsu, a Japanese breaded chicken or pork cutlet, as well as teriyaki chicken and pork lau lau.

The owners are Melvin Macabulus, who is also a chef, and Nonilon Gadingan, both Filipinos.

“The chefs are the owners so we can assure that we will give qualify food. Our main goal is quality and made-to-order hot food,” said Noela Gadingan.

She emphasized that everything is made from scratch, even the sauces. It’s all original and authentic, not something that can be found in a store, Noela explained.

They’re also going for a “homey” feel. “What is special about this restaurant is that it’s like home. It’s family friendly, and you can be yourself,” she added.

Noela moved to Yuma two years ago to work as a registered nurse at Yuma Regional Medical Center, where she still works full time along with her aunt, who also works at the restaurant.

As a matter of fact, the entire family still have their full-time jobs, which is why the restaurant is closed on Saturday and Sunday -- to give them a chance to rest.

When they decided to open a restaurant, they studied what kind of Asian cuisine Yuma lacked. They decided that Hawaiian food would be unique and something Yumans would likely embrace. “People in Yuma are very diverse,” Noela noted.

“So far people are loving it,” she said. They’re loving it so much that they’ve already had to extend their hours. Poke Inato is open from 10 a.m. to 7 p.m. Monday through Friday.

Have you noticed the huge banner announcing “Taco Monster 2.0” at the site of the former Coco’s Bakery Restaurant at 2198 S. 4th Ave.?

Ramon and Gabriela Gutierrez, who run the Monster Taco and Monster Hot Dogs stand at 1744 S. Pacific Ave., bought the property and plan to open a new restaurant in mid-November or December, certainly before the end of the year, Ramon said.

In the meantime, he added, they will keep the stand open this winter season so as not to confuse their customers.

Ramon and Gabriela thanked their customers online, noting that “we are pleased to announce our new and great project, all thanks to you, clients and friends, who have never left us. infinite thanks for that.”

They are “nervous but very happy” and eagerly look forward to offering the “same but improved” menu. They hope customers will continue to support them at the new restaurant, they said.

Mor Furniture For Less, which recently opened a store at 1448 S. Yuma Palms Parkway, in the Yuma Palms Regional Shopping Center, has a new owner. The Chinese company Healthcare Co. Ltd. has signed a letter of intent to acquire the 36-store chain based in San Diego. It has an estimated annual sales of more than $310 million.

Healthcare expects to pay $68.4 million for the retailer, and the transaction is expected to be completed by the end of October and will operate the businesses separately, each with a different team of executives with direct reports to China.

Healthcare Co. owns MLILY USA, a leading mattress manufacturer based in Knoxville, Tennessee. The acquisition of one of the industry’s leading retailers will give Healthcare a direct pipeline to better understand U.S. retailers and customers, according to a news release.

“The direct day-to-day contact with consumers through Mor’s vibrant retail locations gives us the opportunity to gather critical information about consumer shopping behavior in the U.S.,” said James Ni, chairman and chief executive officer of Healthcare Co. “Direct consumer interaction will help us hone our OEM product development and better serve our growing network of customers throughout the world.”

Healthcare will acquire the chain from Mor Furniture founder Richard Haux Sr. and a number of other members of the Haux family. Haux founded the company in 1977 as a small waterbed store. Today, Mor operates large-format stores in seven states: California, Nevada, Oregon, Washington, Idaho, New Mexico and Arizona.

The Mor acquisition will be the second retail acquisition by Healthcare in the last 18 months, but its first in the United States. Last year, Healthcare acquired Maxcolchon, a Spanish bedding manufacturer and retailer, and currently operates 57 stores across Spain.

Healthcare Co. is a global home furnishings juggernaut with 20 holding companies globally. Based in China, it operates factories in there and in Serbia and Thailand. In addition to the United States, the company serves markets in Europe, the Middle East and North Africa.

Here is Yuma’s Commercial Construction Project Update for this week:

I appreciate the readers who always act as my eyes and ears. Thank you!