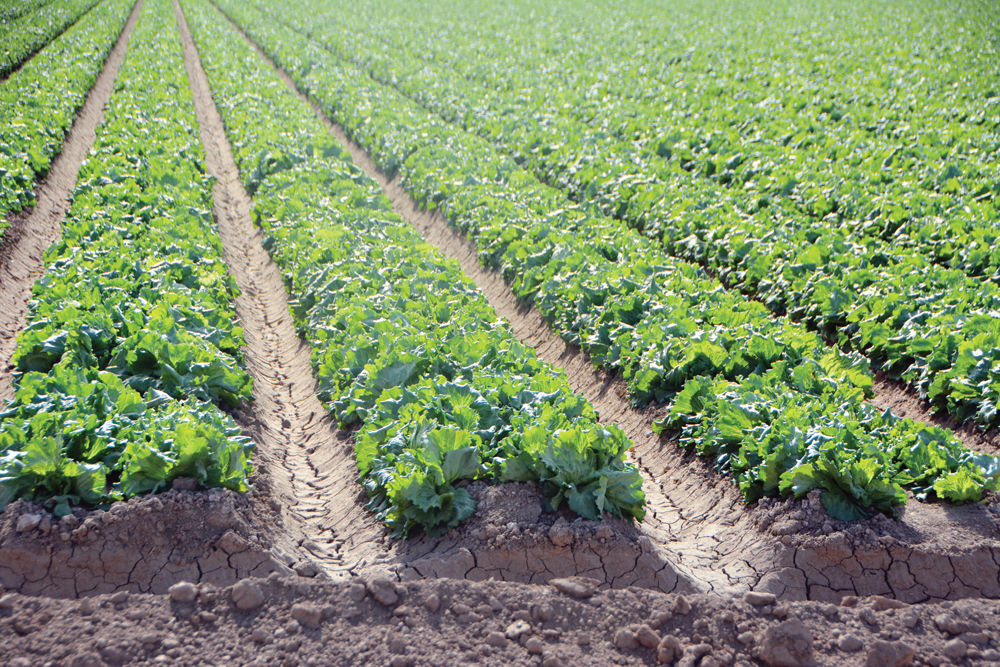 Yuma supplies more than 90 percent of the wintertime lettuce consumed in the U.S. The Yuma Fresh Vegetable Association makes sure the workers who make it happen are thanked through its Labor of Love program. It also works to keep the agriculture industry thriving in Yuma. 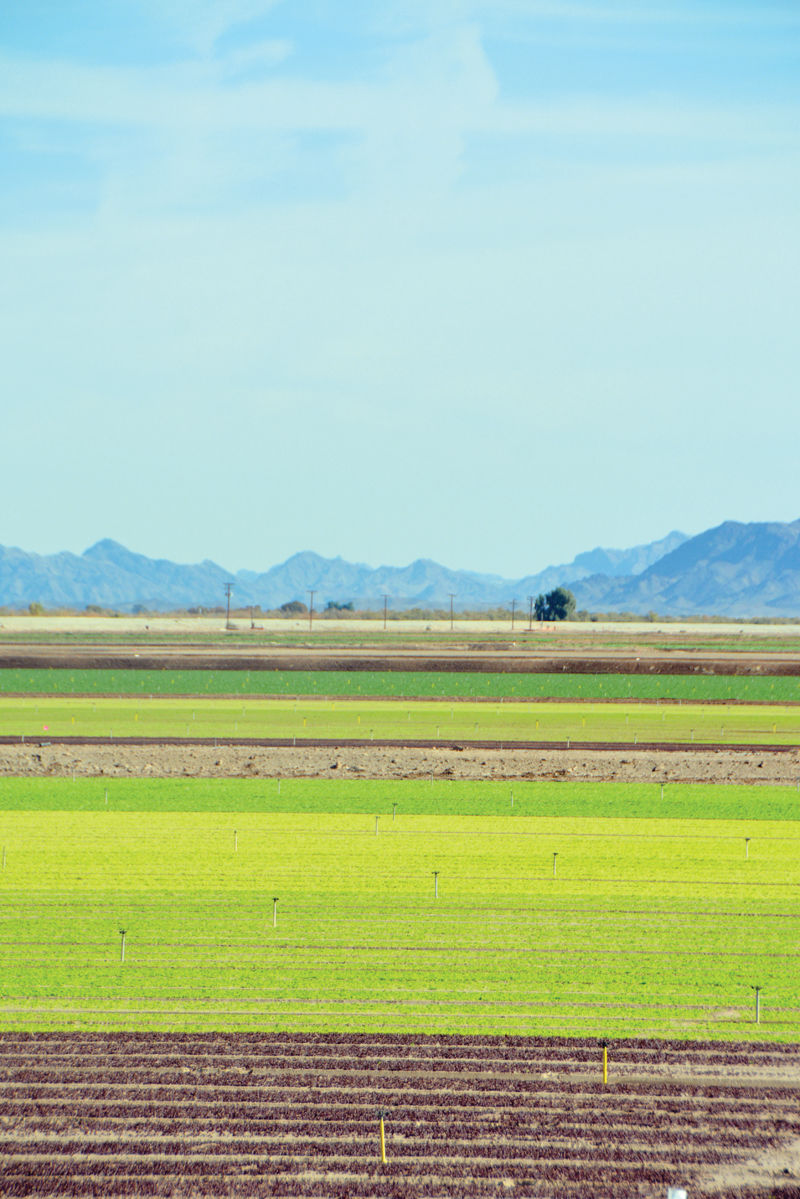 The Yuma area has had immense agricultural growth since the Yuma Fresh Vegetable Association was formed in 1947, much of it happening in the mid-1980s when some growers left the Imperial Valley for Yuma, said Bruce Gwynn, YFVA executive director.

Yuma supplies more than 90 percent of the wintertime lettuce consumed in the U.S. The Yuma Fresh Vegetable Association makes sure the workers who make it happen are thanked through its Labor of Love program. It also works to keep the agriculture industry thriving in Yuma.

The Yuma area has had immense agricultural growth since the Yuma Fresh Vegetable Association was formed in 1947, much of it happening in the mid-1980s when some growers left the Imperial Valley for Yuma, said Bruce Gwynn, YFVA executive director.

Its mission is simple.

“Our job is to promote and protect the Yuma produce industry,” said Bruce Gwynn, executive director of the Yuma Fresh Vegetable Association.

Back in 1947 — when it was established by Ted McDaniel, Floyd Newcomer, J.L. Coyer, H.P. Fites and Wilton Woods — YFVA was solely a vehicle to lobby the state legislature.

While it now does that with a full-time lobbyist, working to ensure Yuma’s favorable water rights among other endeavors, the association also acts as an industry promoter with events and programs to showcase local agriculture.

“Our biggest push the last couple of years has been to take Yuma (agriculture) outside of Yuma,” Gwynn said.

One of YFVA’s events, the Southwest Agricultural Summit, is going into its 11th year in 2017, and will be held Feb. 22 and 23 at Arizona Western College.

“The Southwest Ag Summit was originally dreamed up … to be a fundraiser for our organization, however, it’s become much more than that,” he said. “It has doubled in size easily over the past 10 years.”

The summit hosts attendees from all over the world, and features field demonstrations of new equipment and educational breakout sessions.

In 2016, the German-based company K.U.L.T. demonstrated a camera-steered cultivator that hadn’t yet been shown in the U.S.

“Our goal is to keep interesting and cutting-edge information in front of growers,” Gwynn said. “Our hopes are to keep the information coming, and when they leave there, they feel like they’ve learned something and want to come back next year.”

“The Ag Summit is a way for industry to come together and disseminate information,” said Steve Alameda, president of YFVA. “It’s a way to become more active in the community.”

It’s also a way to show off the $3.2 billion industry centered in Yuma.

With more than a million acres of agriculture spanning from the Wellton-Mohawk Valley into Imperial Valley, and from the Blythe area down into Mexico, Gwynn said he hopes the summit continues to grow in the future.

The annual Harvest Dinner, created about five years ago, is the culmination of the Ag Summitt. It raised a record $60,165 in 2016 for scholarships supporting agriculture education.

Gwynn called it a “tremendously successful” event that “serves mostly food that’s grown in the Yuma area.” The popular dinner hosts about 1,250 people.

In the coming year, YFVA is starting GoAgNow, educating teachers, counselors and students “on the number of wonderful jobs there are in agriculture,” Gwynn said.

“Our objective this year through this GoAg campaign is to hopefully in the next four years have a string of kids interested in going into agriculture,” he said, adding that not all jobs in agriculture require four-year degrees.

Alameda, who’s been with the association for 25 years, said that there’s so much going on now and “we needed to do something that’s more visible,” especially since the general public is “getting further removed from the farm.”

That means the implementation of the Ag Summit, Harvest Dinner, the upcoming educational program, and others like Farm Fresh Forks and Labor of Love programs.

Farm Fresh Forks is a marketing program that puts local growers in touch with local restaurants, which then creates a specialty entrée or salad from the provided produce.

The weekly program, in its second year, begins in January and continues for eight weeks.

Another YFVA program, Labor of Love, was also launched in 2015.

“How do we get the word out to people that these people are hard-working, first-generation immigrant families that are here legally, paying taxes … how do we spread that word … and thank the people for what they’re doing?” Alameda said about the program, created by Limelight Creative Group.

Labor of Love shares farm workers’ stories, and thanks them by providing breakfasts and gift cards to some crews throughout the growing season.

Public outreach was also done through a food safety initiative with Nov. 2015 named Arizona Leafy Greens Month by the state.

“(Produce) is always nutritious, but we want (the public) to know bacteria-wise and residue-wise from chemicals that it is safe and it meets standards that are high standards — the highest standards in the world,” Alameda said.

“We want people to have confidence that that’s what they’re getting.”

The Yuma area has had immense agricultural growth since the YFVA was formed in 1947, much of it happening in the mid-1980s when some growers left the Imperial Valley for Yuma, Gwynn said.

“That’s when this place really took off,” he said. “Those guys (the YFVA founders) could not have predicted that.”

Alameda agreed, saying that people even 10 or 15 years ago “wouldn’t imagine” how well the industry is doing here today.

“They knew it would grow (and) they knew it’d be important,” Gwynn said. “Nobody ever knows how big something’s going to get … but I think they had an idea that we had something pretty special here.”