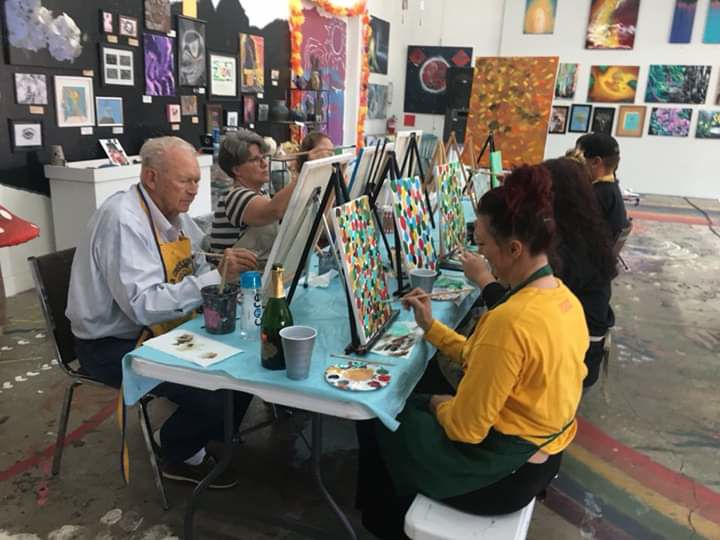 A group enjoys a painting class. 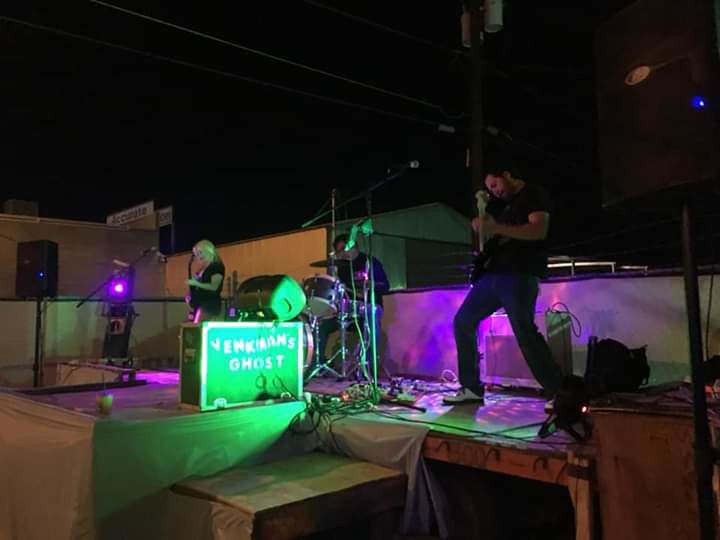 Venkman’s Ghost rocks the stage for a benefit show. 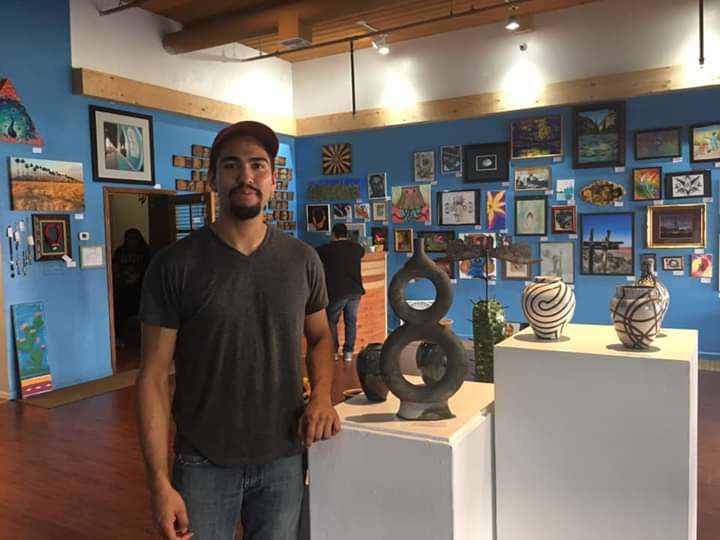 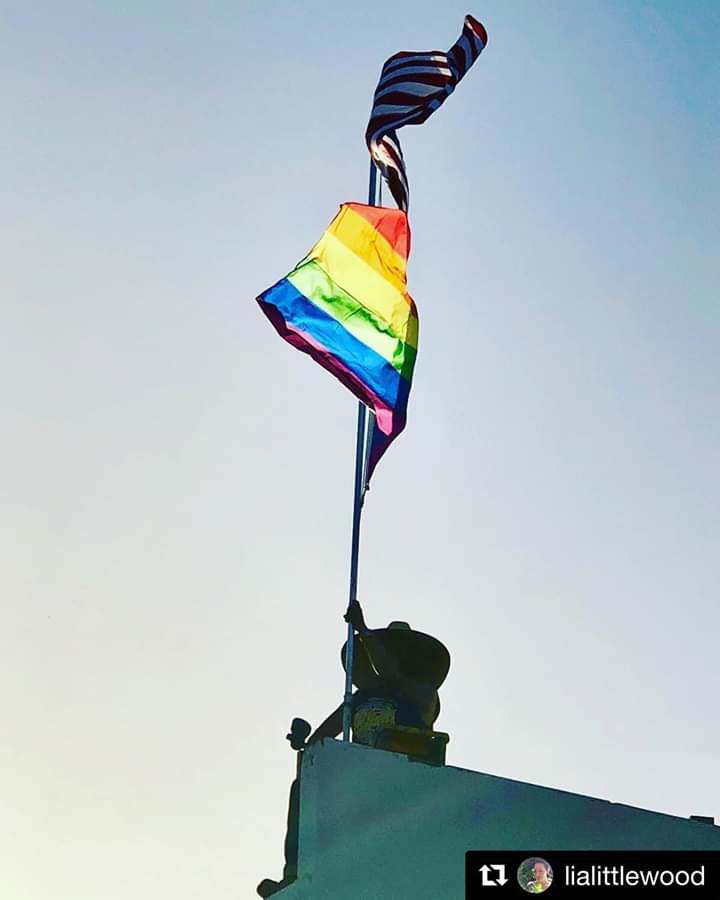 Photo of this first Pride of Yuma 2018 flag at the Co-Op. 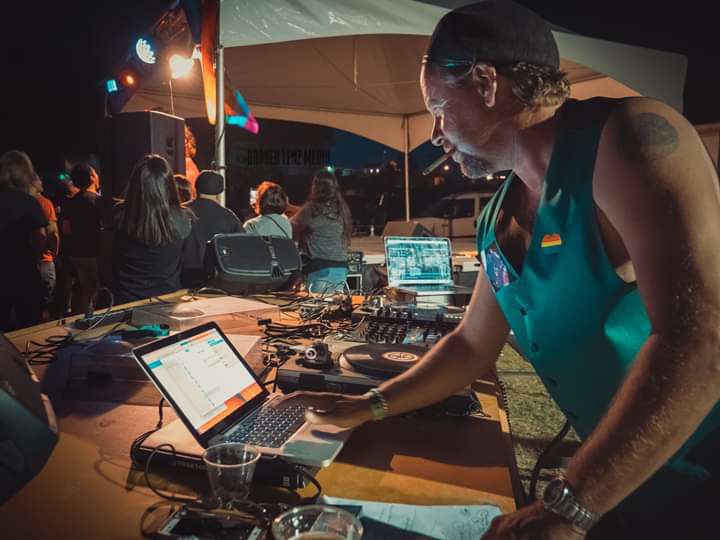 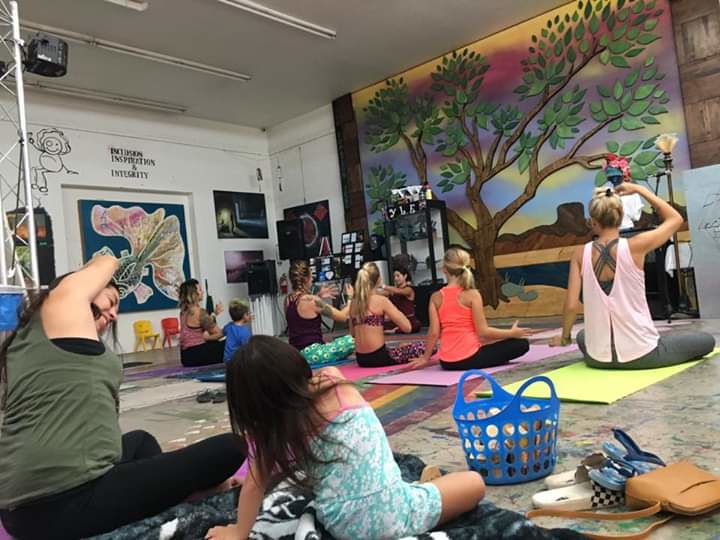 Guests from the community regularly taught classes at Littlewood Co-Op, including this yoga class held in the gallery. 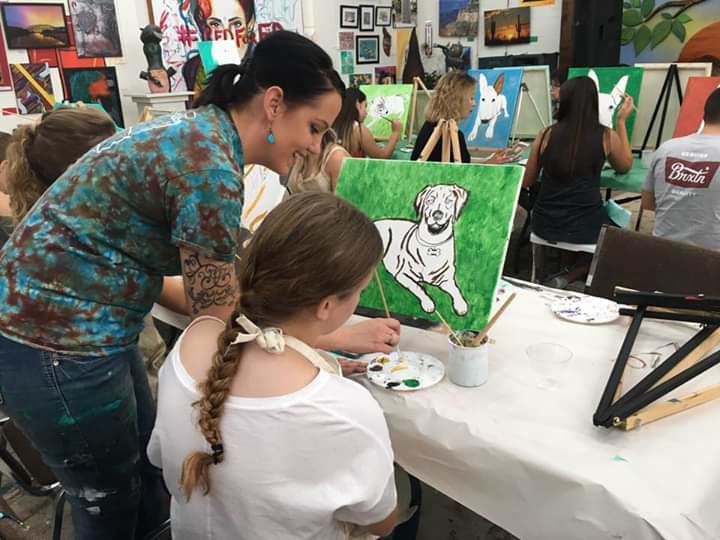 Stefanie Littlewood teaches a group painting class. Patrons would ask to learn how to paint something and she would guide them through painting it. 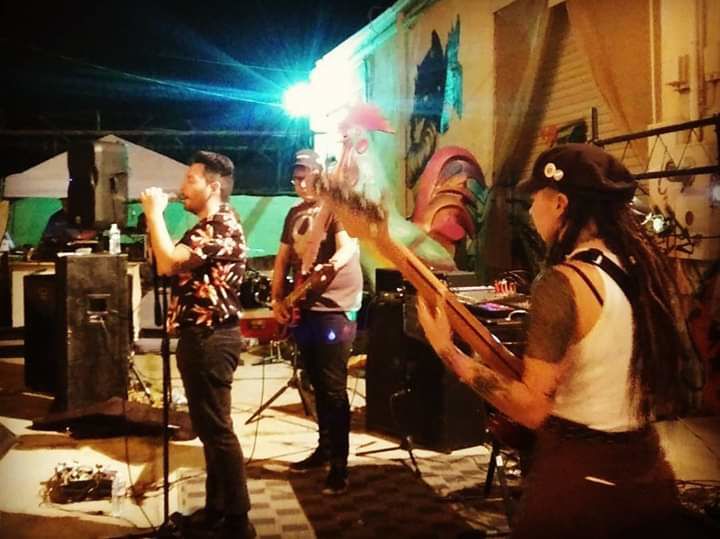 Summer Kick off extravaganza was a music show to raise money for local scholarships.

A group enjoys a painting class.

Venkman’s Ghost rocks the stage for a benefit show.

Photo of this first Pride of Yuma 2018 flag at the Co-Op.

Guests from the community regularly taught classes at Littlewood Co-Op, including this yoga class held in the gallery.

Stefanie Littlewood teaches a group painting class. Patrons would ask to learn how to paint something and she would guide them through painting it.

Summer Kick off extravaganza was a music show to raise money for local scholarships.

From hosting painting classes and live performances to providing a venue for art exhibitions, meetings and special events, Littlewood Fine Art & Community Co-Op has served as a cultural center for the community over the last three years.

Unfortunately, it is now shuttered, one of various businesses that have closed their doors due to the impact of the COVID-19 virus that resulted in self-isolation orders and a virtual shutdown of the economy.

But the dream that led to creation of the Littlewood Co-Op will live on, perhaps not in a bricks and mortar setting, but in a re-invented state that will continue to promote art in the community, vow artist Lia Littlewood and husband Isaac Russell.

Russell noted that a number of businesses have come forward and offered to display art in their offices and establishments. “Decorate with local art … we would love to do that. It would make their lobbies a beautiful place and promote local artists. It’s about Yuma and its people. From a 10-year-old’s work to a $500 professional photo, every bit of art has value.”

In some ways it will be a return to the roots of the Co-Op when Littlewood and Russell would host art shows at their home and in parks. “People would show up with four or five canvasses or a card table of ceramics,” Littlewood recalled. “Not enough for a show, but put together it was enough to fill a gallery.”

They also would exhibit art in local businesses, providing locally-produced artwork for décor and to promote the artists. With the closure of the Co-Op, they anticipate a return to that tradition and even an expansion of it.

The Co-Op first opened at 1480 S. 2nd Ave., with Littlewood as the president, her sister Stefani as vice president, Russell as business manager and a core of supporters serving as directors. People could be members for a small monthly fee, enabling them to exhibit their artwork, have access to performing space and teach classes. Even staff paid dues and no one took a salary.

After two years, the Co-Op moved to 176 S. Main St., where it was located for a year until closing this spring.

Over those three years, the Co-Op had done close to 3,000 events and classes and received state recognition. “It was three amazing years,” Russell said. “It helped put Yuma on the map with art. It was great to see so many talented people. With the Co-Op we wanted to generate more civic pride. We wanted to change the mindset that Yuma has a lot to offer, so much to celebrate and enjoy.”

In addition to a gallery, the Co-Op provided a venue for a variety of classes from writing and painting to yoga, fundraisers, concerts, comedy nights, live music jam sessions, showcases, interactive exhibits and more. Classes for children and veterans were free.

“We had some core goals,” Russell said. First, to offer a safe space for “positive self-exploration of the arts” for anyone in the community, from artists looking to pursue their talents to people of all ages wanting to express their creativity. “We wanted to be an inspiration to the community, a voice for anyone to be able to express themselves,” he said.

With the motto “Inclusion, Inspiration, Integrity,” Littlewood Co-Op sought to “build community and civic spirit through its classes, gallery exhibitions and special events,” stated its website. “We believe that a community that ‘comes together’ through the arts is a healthier, happier and — most importantly — more cohesive community.”

However, Littlewood and Russell came to the difficult decision to close the doors to Littlewood Co-Op when its lease expired on May 1 after being closed for several weeks due to the coronavirus and its erosion of the ability of the center’s members and sponsors to continue to support it.

“Our membership is among the hardest hit by COVID-19 in terms of unemployment,” Russell explained. “This is because so many of our members, most actually, are working class, paycheck-to-paycheck people. We understand their having had to stop paying dues.”

This isn’t the end, though. “We want to be clear to the community, we will reinvent ourselves,” Russell concluded. “We will be back. We’ll still promote art and the performing arts so stay tuned.”