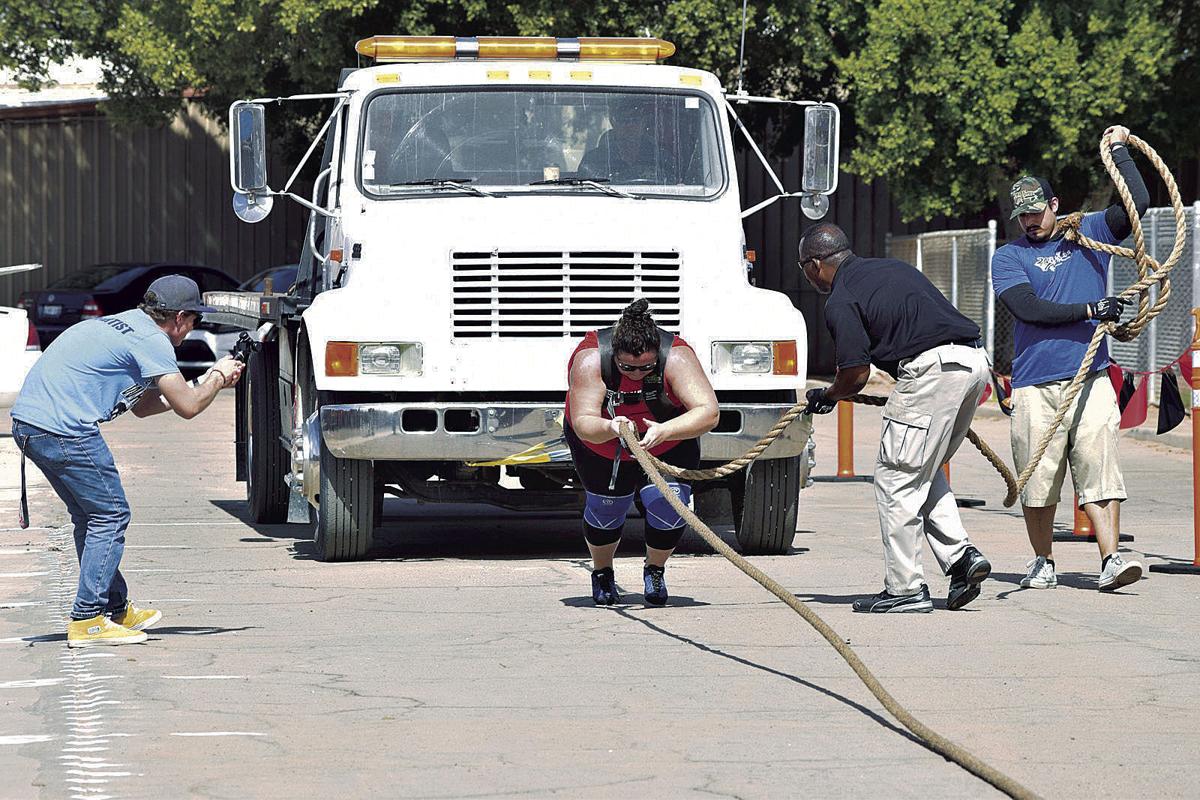 For the truck pull challenge, competitors must pull a truck while the vehicle is in neutral, in a timed event. 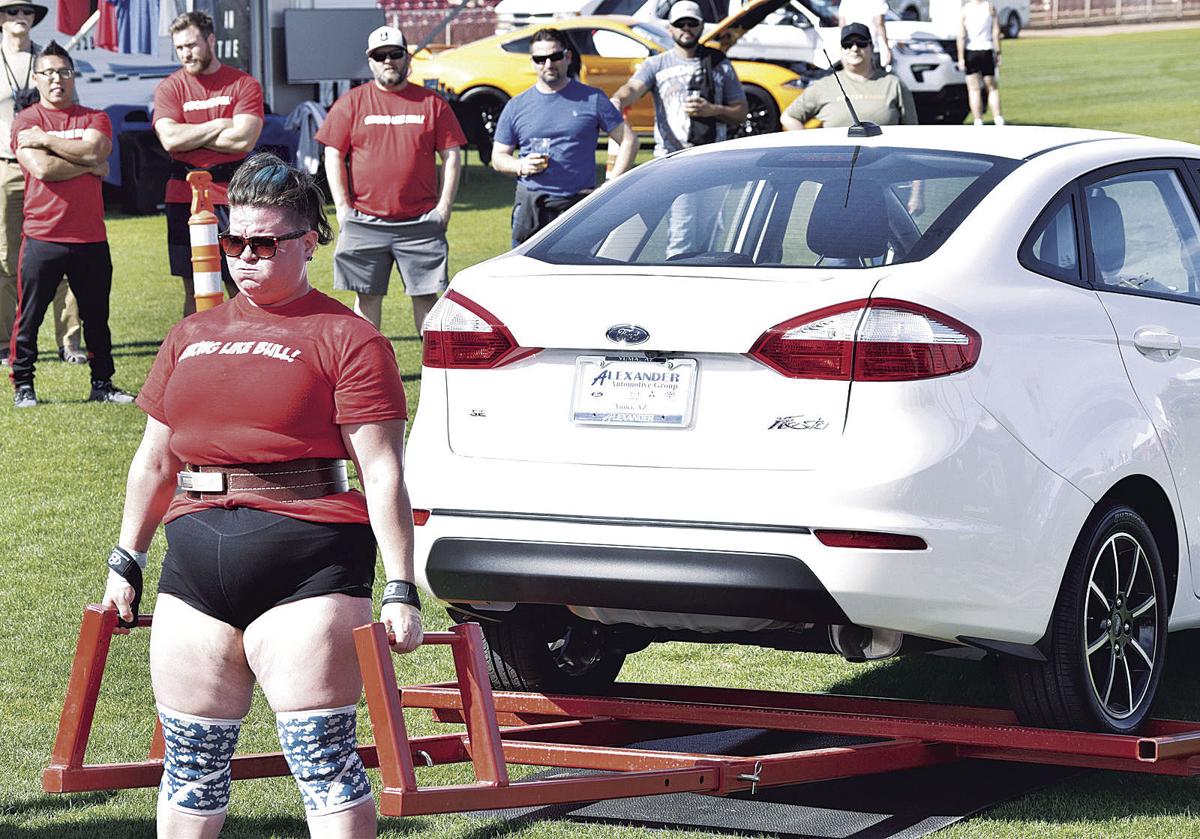 An athlete gives her all in deadlifting a car in the Bull of the Desert strength competition, which takes place again Saturday. 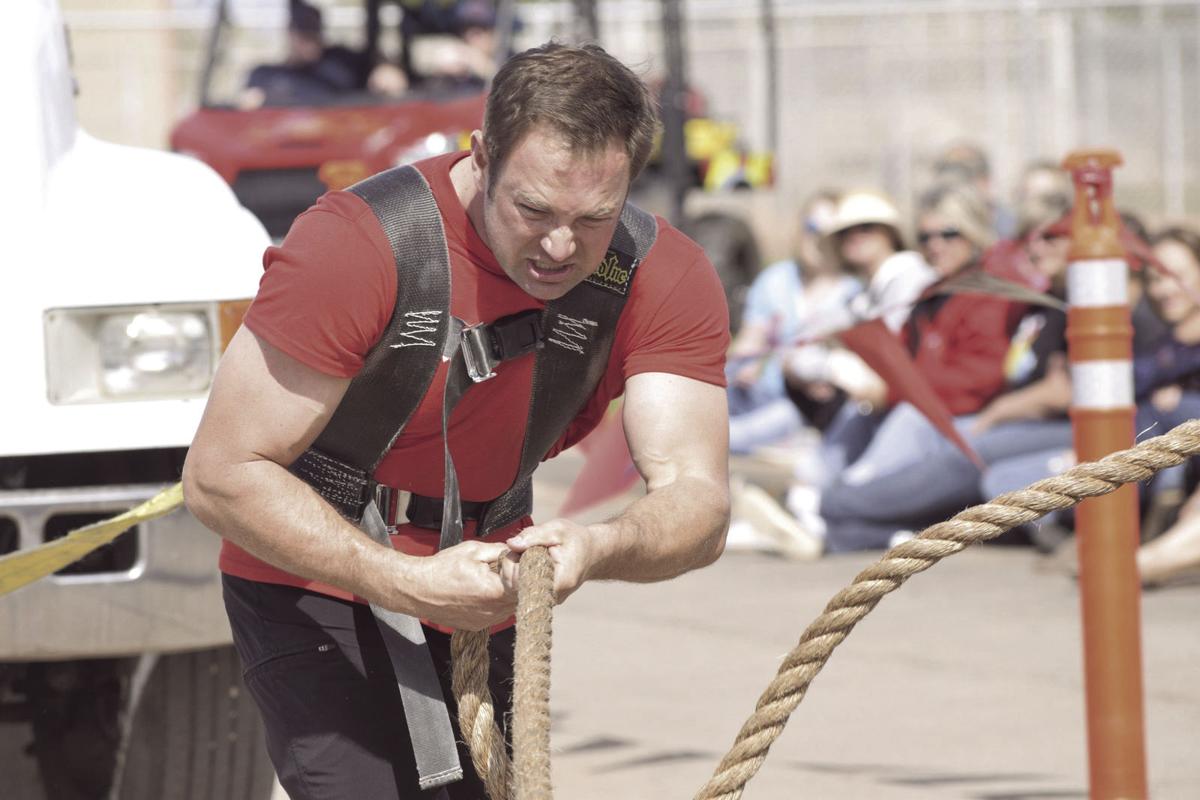 An athlete pulls a truck in the 2018 Bull of the Desert Strongman Competition. The event takes place again Saturday at Desert Sun Stadium.

For the truck pull challenge, competitors must pull a truck while the vehicle is in neutral, in a timed event.

An athlete gives her all in deadlifting a car in the Bull of the Desert strength competition, which takes place again Saturday.

An athlete pulls a truck in the 2018 Bull of the Desert Strongman Competition. The event takes place again Saturday at Desert Sun Stadium.

A few years ago, plans were for a strength competition to be added to the program for the Colorado River Crossing Balloon Festival hosted by the Caballeros de Yuma.

Then there was a change of plans.

“The Caballeros de Yuma thought it warranted being a stand-alone competition, so we made it its own event,” said Travis Smith, a Caballeros member who had the original idea for the contest.

The Bull of the Desert Strongman Competition was born. And it seems the Caballeros were on to something.

Last year about 60 competitors tested their strength in such muscle-straining events as the truck pull, the car deadlift and the overhead keg press, as a crowd of hundreds looking on.

“It was crazy,” said Smith, the director of the competition for the Caballeros. “Everyone was really into it and cheering on the competitors.”

The Bull of the Desert is slated for Saturday beginning at 9 a.m. at Desert Sun Stadium, 1280 Desert Sun Drive, and this time Smith is anticipating about 100 competitors – men and women competing for titles in five events and three weight classes.

“We will have competitors coming from all over the country,” said Smith. “We’ve got some coming flying in from the East Coast.”

But what makes this year’s contest particularly significant, he said, is that the competition is for the first time sanctioned by the United States Strongman. That means not only that the Yuma event gains more prominence nationally, but that Saturday’s winners have the opportunity to advance to U.S. Strongman’s Nationals in Minneapolis in June.

Admission Saturday for spectators 13 and older is $5, and free for those 12 and under and seniors 65 and older.

“There will be vendors and food and drinks and a DJ all day long,” Smith said. “Spectators will be able to be on the field and mingle with the athletes.”

Of course some people may want to do more than watch and mingle. The competition is open to any Yuma-area residents who want to put their bodies to the challenge.

Contestants can register for Bull in the Desert during weigh-ins from 5 to 7 p.m. Friday at Desert Sun Stadium and then again Saturday from 6 a.m. to 8 a.m.

Among those competing, said Smith, will be Israel Trevino and Tammie Darling, who will be defending their crowns as, respectively Yuma’s Strongest Man and Strongest Woman.

Beside pulling trucks and hoisting vehicles and kegs, the competition features a new event, Conan’s Wheel of Pain, in which a heavy weight suspended from a bar at the end of a pivot is held above the athlete’s diaphragm and carried in circle.

Julia Smay, a California and Arizona Strongest Woman titleholder, will serve as master of ceremonies for Bull of the Desert.

United States Strongman was formed in 2014, and Smith says the competitions it promotes have steadily grown in popularity across the nation. Saturday marks the third year of the Bull of the Desert, of which Bill Alexander Ford Lincoln is the major sponsor, and Smith foresees the Yuma event likewise continuing to attract a following.

“I think we are going to stand out among all other events.”

Anyone seeking more information about entering the Bull of the Desert competition should visit the Caballeros de Yuma website and click on link for the 2020 entry form.