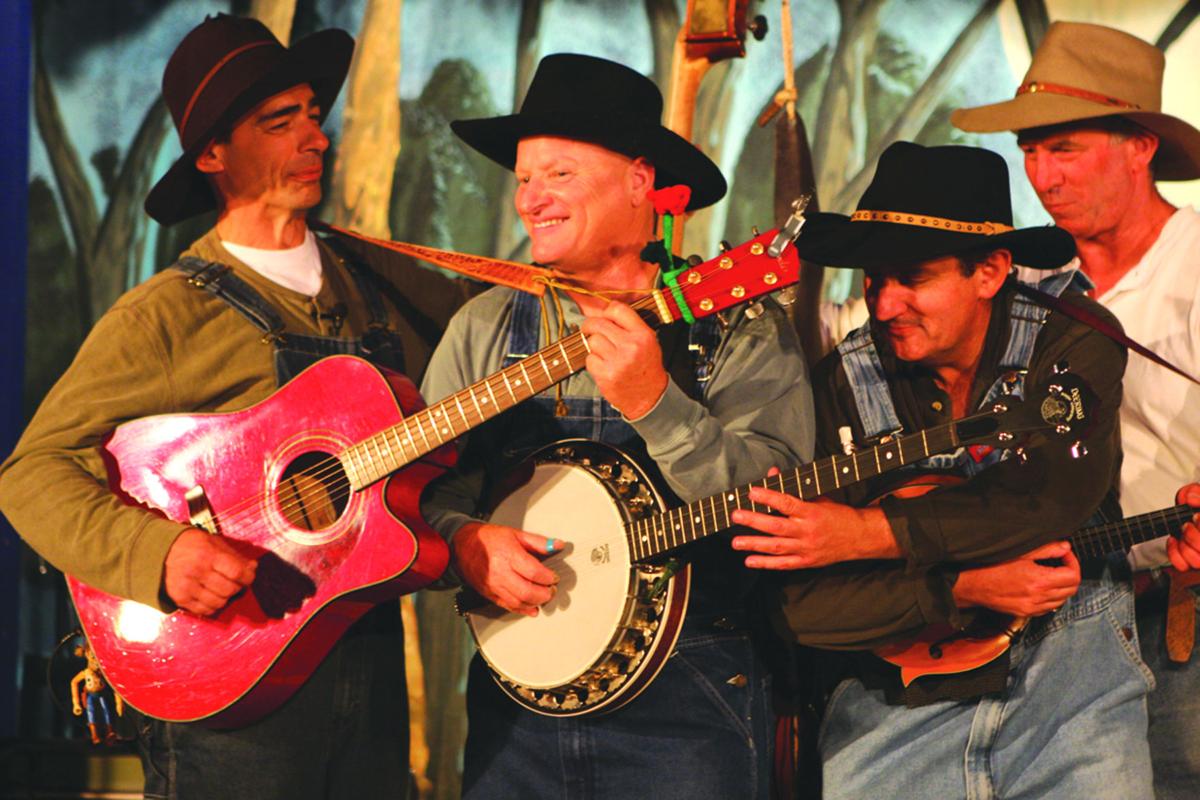 Billy and the Hillbillies, a Los Angeles-area band, will blend classical and Bluegrass music on Saturday in a performance at the Historic Yuma Theatre with Yuma orchestras. 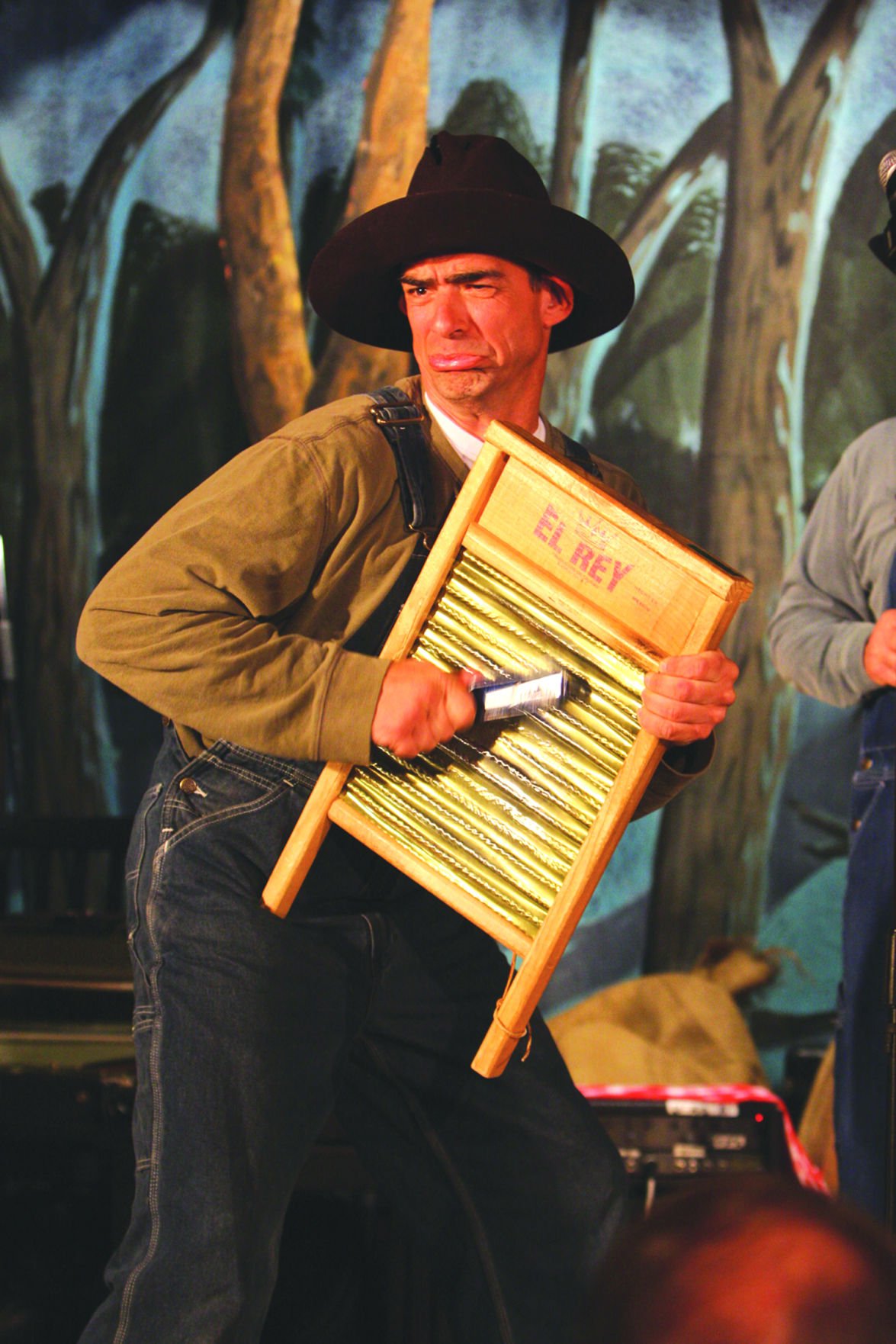 Bluegrass band Billy and the Hillbillies incorporates comedy in its "classgrass" performances.

The Yuma Civic Orchestra will accompany Billy and the Hillibillies in Saturday's performance at the Yuma Historic Theatre. 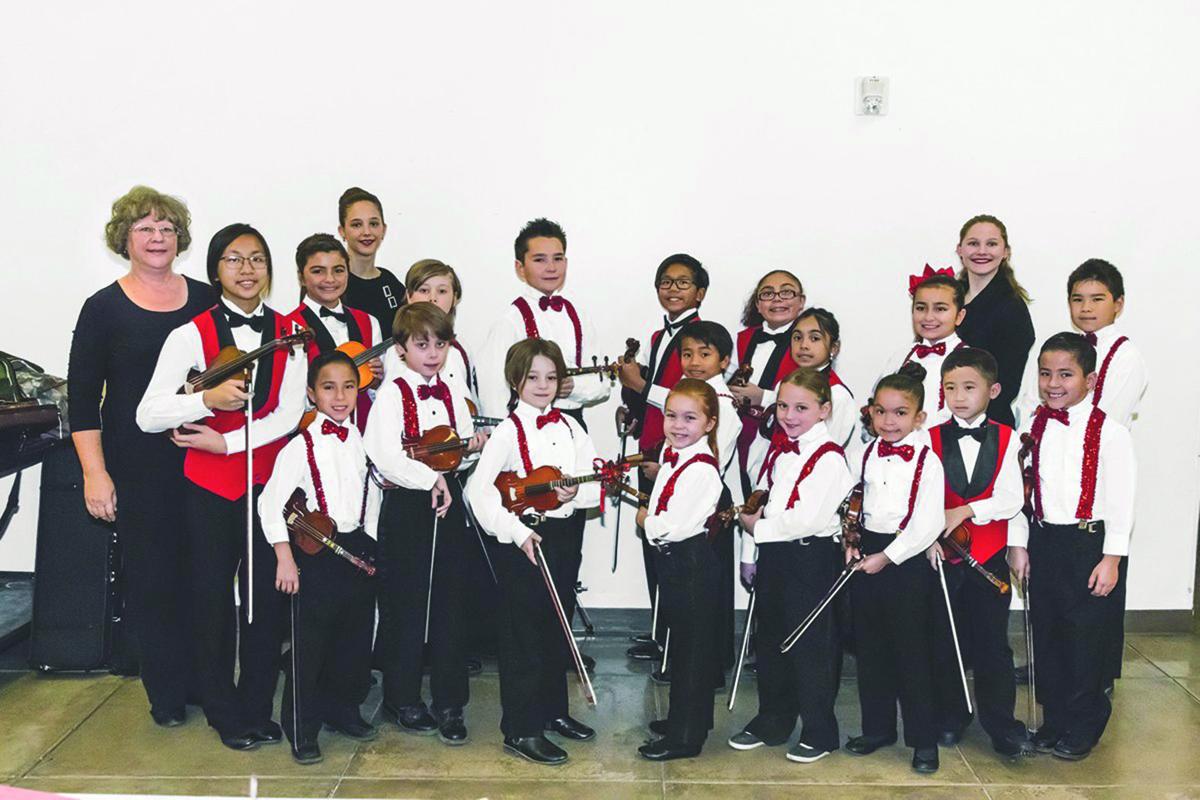 The Young String Ambassadors and Twinklers will have a role in Saturday's "classgrass" performance with Billy and the Hillbillies.

Billy and the Hillbillies, a Los Angeles-area band, will blend classical and Bluegrass music on Saturday in a performance at the Historic Yuma Theatre with Yuma orchestras.

Bluegrass band Billy and the Hillbillies incorporates comedy in its "classgrass" performances.

The Yuma Civic Orchestra will accompany Billy and the Hillibillies in Saturday's performance at the Yuma Historic Theatre.

The Young String Ambassadors and Twinklers will have a role in Saturday's "classgrass" performance with Billy and the Hillbillies.

You might think classical music and Bluegrass music have little to do with one another — that fans of the two styles would be worlds apart in their tastes.

But you can hear otherwise Saturday night at the Historic Yuma Theatre when Billy and the Hillbillies, a Los Angeles-area bluegrass band, performs with five orchestra groups from Yuma — the Civic and Civic Light orchestras, String Ambassadors, Young String Ambassadors and the Twinklers.

Together they’ll create a musical blend that Evan Marshall, fiddler and mandolinist for Billy and the Hillbillies, calls “classgrass.”

And while they’re at it, they’ll throw some slapstick comedy into the mix.

“There will be no moderation with the comedy,” said Marshall. “But it’s definitely good clean fun. We’ll show people the down home side of Beethoven, if they haven’t seen it before.”

The concert is sponsored by the Yuma Orchestra Association, which this year is marking its 40th anniversary as a non-profit organization dedicated to promoting classical string music in the Yuma area.

The concert begins at 7 p.m. at the theater, 254 Main St., with general admission tickets available for $10 at the door or in advance. A reception to help the orchestra association celebrate its four-decade milestone will take place at the Yuma Art Center following the performance.

Marshall concedes it might be hard for people to wrap their mind around the concept of melding classical and bluegrass.

“It’s a new experience for the audience, and it tends to be a new experience for the orchestras as well,” he said. “We’ve played with some of the ‘major orchestras’ in some of the biggest cities in the country. ...Often times members of the orchestra will come up to us afterwards and say, ‘Before we started rehearsing, I was a little hesitant about doing a concert with hillbilly (music), but it ended up being a really enjoyable concert.”

Founded a quarter-century ago by Marshall’s brother John, Billy and the Hillbillies has performed with in symphony halls in cities such as Houston, Buffalo, Phoenix, San Antonio and Baltimore, as well as at theme parks, state and county fairs, bluegrass and folk music festivals, and at colleges.

So how does Billy and the Hillbillies mix classical and bluegrass to make classgrass? One example, says Evan Marshall, is the band’s rendition of a Chuck Berry hit song.

“There will be a rendition of ‘Roll Over Beethoven,’ but it will include some orchestral excursions into a few Beethoven symphonies and conciertos during the course of the song,” he explained.

“And one of the pieces we’ll do in the program is a six-minute symphonic hoedown that Richard Hayman wrote for Arthur Fielder and the Boston Pops Orchestra.”

Marshall said one of the reasons Billy and the Hillbillies came about was to be able to incorporate comedy into its performances.

“There’s a lot of slapstick, and it’s not to diminish the music, but rather just to help audiences feel like they’ve had a more complete entertainment experience.”

Joining the Marshall is his brother John, the group’s founder, leader and bassist; John Eaden, comedian and guitarist, and Arshag Chookoorian, percussionist and guitarist.

The Yuma orchestra groups will be under the direction of Janet Jones, artistic director for the Yuma Orchestra Association.

The program for Saturday’s performance includes:

• “Pops Hoedown,” a rousing collection of Bluegrass fiddle tunes with a symphonic flair.

• “Elvis Medley,” which is Billy and the Hillbillies’ tribute to the King of the Rock ‘n’ Roll, Elvis Presley.

• “Ashokan Farewell,” a well-love fiddle melody that served as the theme music for filmmaker and historian Ken Burns’ documentary series “The Civil War.”

• Finale of the “William Tell Overture,” Evan Marshall’s mandolin arrangement to what is sometimes known as the Lone Ranger’s theme.

• “God Bless the U.S.A.,” a rendition of the hit made popular in the 1980s by country music star Lee Greenwood.