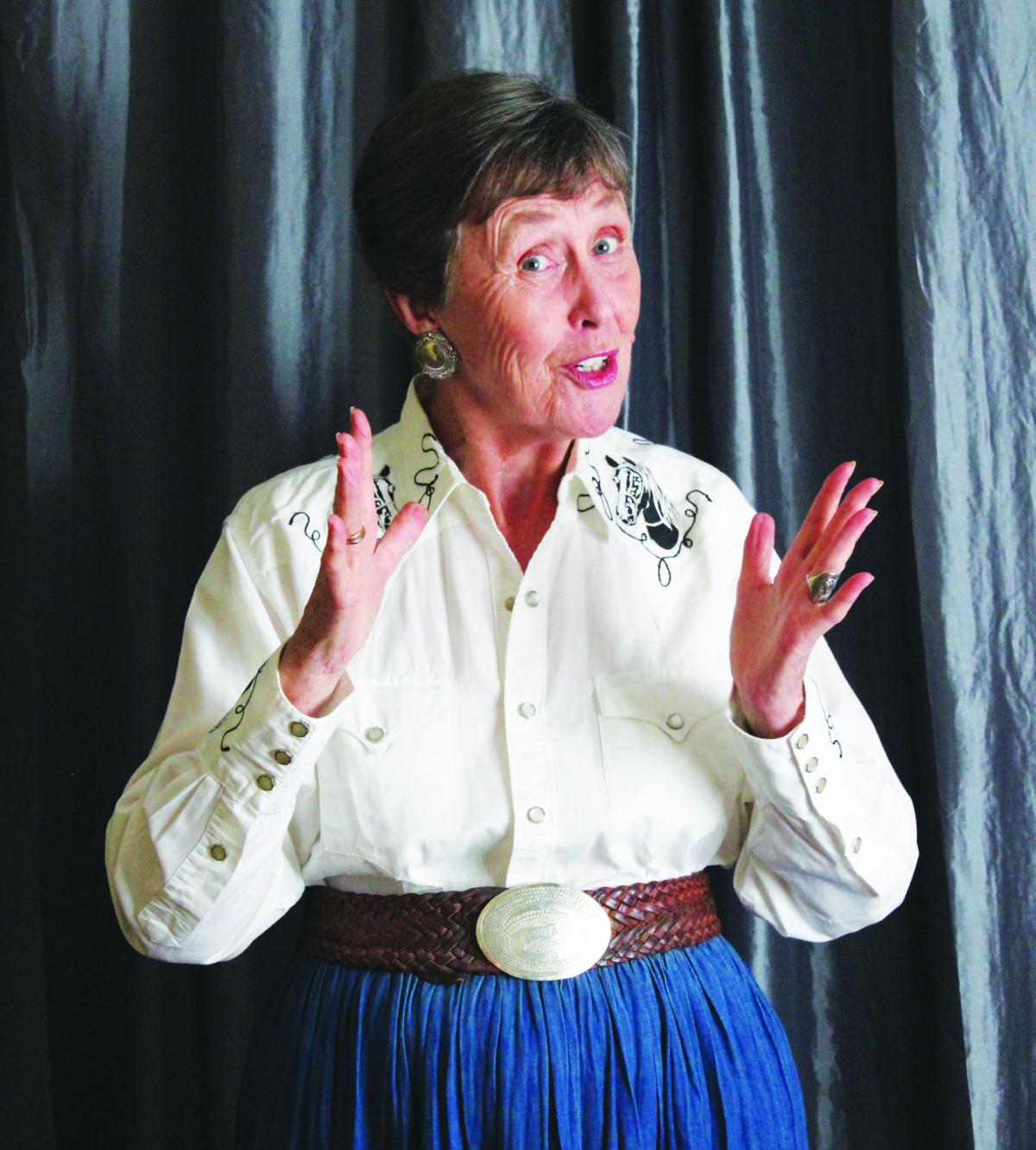 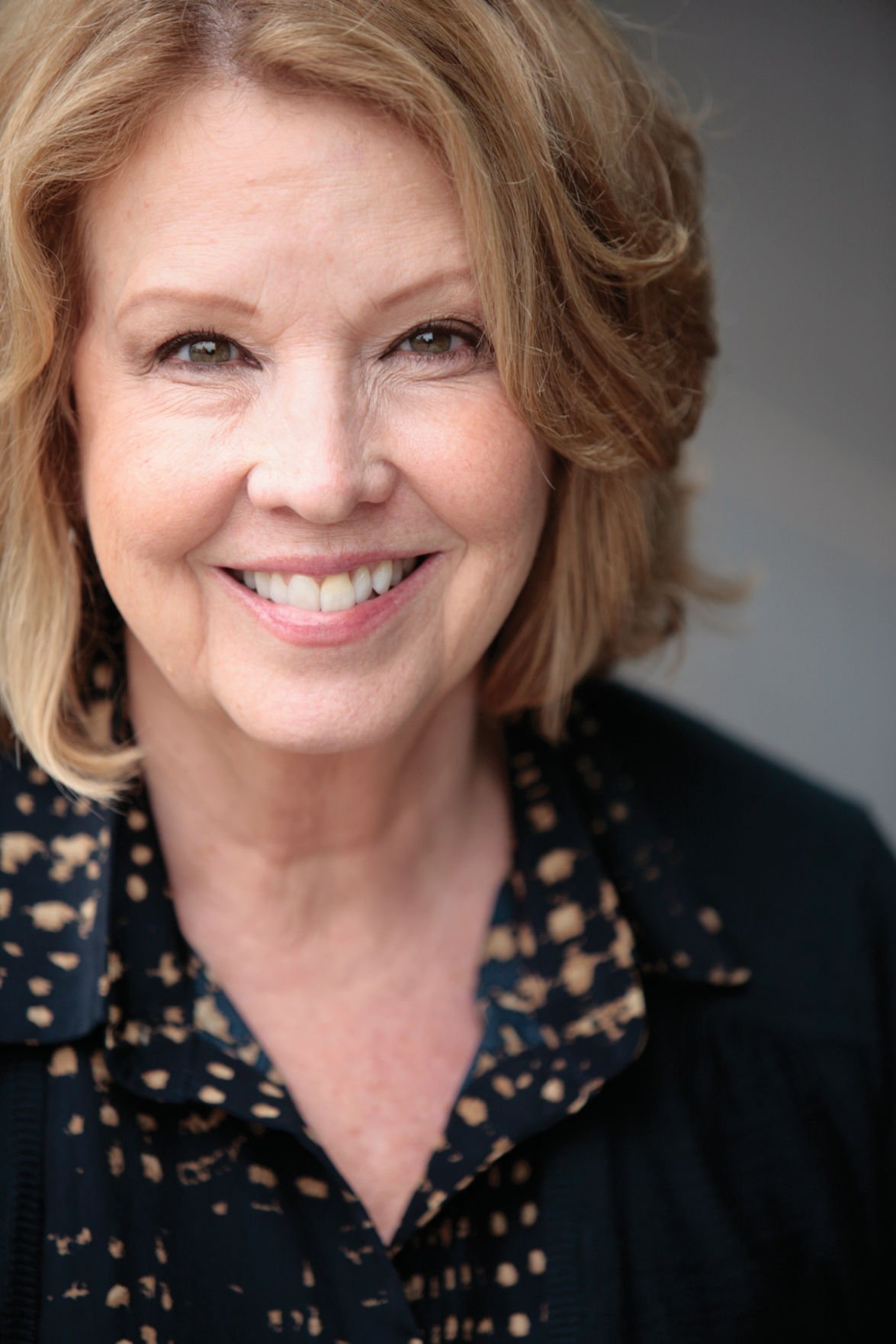 Debra Olson-Tolar is an accomplished teller of world folktales and personal stories. 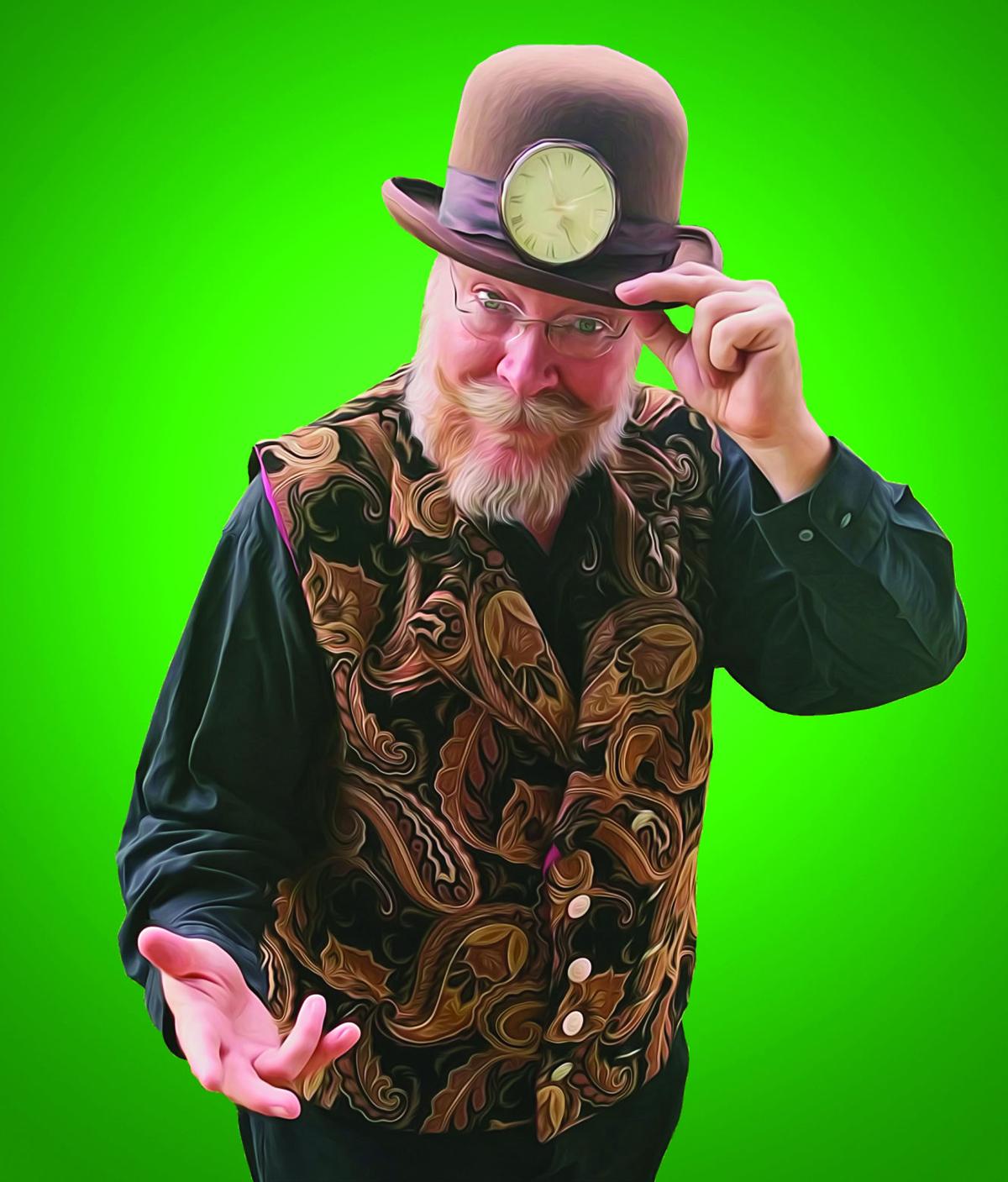 True Thomas is a storyteller with a lot of characters, costumes and energy. 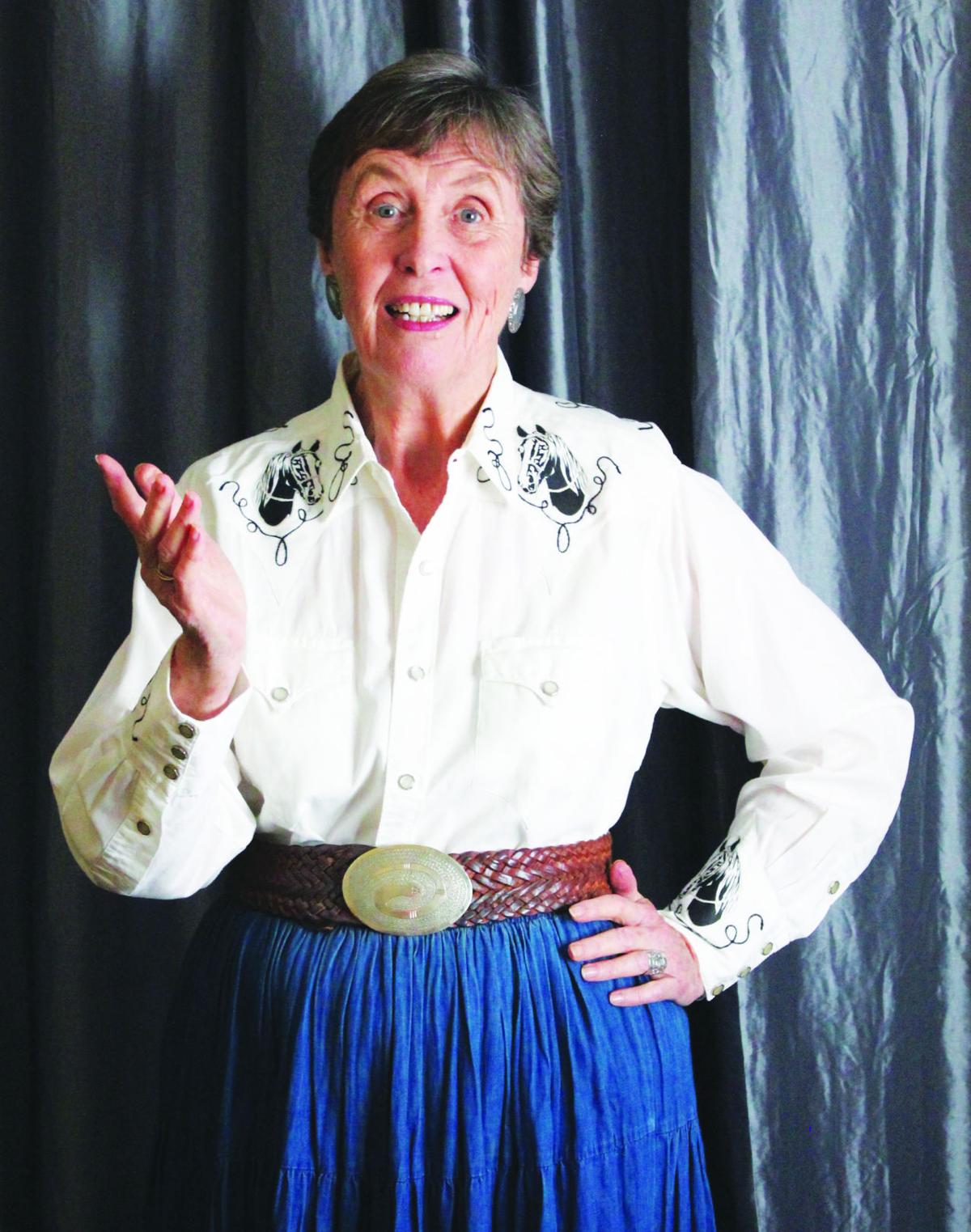 Debra Olson-Tolar is an accomplished teller of world folktales and personal stories.

True Thomas is a storyteller with a lot of characters, costumes and energy.

If you haven't kicked back and been told a story since you were a kiddo, Laurina Bergqvist knows just the place for you to be this Friday.

On that day, Bergqvist plans to unveil a new event for young and old -- the Yuma Storytelling Festival. As a professional storyteller, the Yuma woman has invited a handful of fellow tellers of tales to visit this area for an afternoon of stories and workshops. The latter promise to teach attendees how to spin a good yarn, plus show teachers how they can weave storytelling into their classroom activities.

The Yuma Storytelling Festival gives its first "once upon a time" at 3 p.m. Friday, with the venue being the Yuma Quartermaster Depot State Historic Park, 201 N. 4th Ave. in Yuma. See the adjoining boxes for a schedule and information on the featured storytellers.

To find out more about this new event -- along with the art of storytelling itself -- the Yuma Sun recently chatted with Bergqvist. Here's what she had to say...

Yuma Sun: How does one become a professional storyteller?

Bergqvist: I am studying for my master's degree in storytelling, which always makes people gasp and ask in astonishment what kind of degree that is.

Yuma Sun: Most of us think of childhood when storytelling is concerned. Tell us what the art of telling stories means for us today -- including all the grownups.

Bergqvist: The word "storytelling" has been taken over by almost every media, from written to films, which is good in one way, but leaves people not knowing any more what oral storytelling is. Even the word storyteller is sometimes used to describe a person reading a book in a library or a famous author.

The most common question I have had about this festival is "What is storytelling?" It is sad that people have forgotten what oral storytelling is. I was fortunate to grow up with older people who told me stories and have always enjoyed storytelling. I learned our family history, local history and culture through storytelling. Family storytelling is the first level of storytelling and vital to keep going.

Nowadays storytelling is used in almost every profession, as I noticed at my graduate classes. One of my fellow classmates is a business manager, one is a lawyer, two are public school teachers, two are ministers and another has started a literacy project. Stories help people connect with a topic and can be effectively used as tools in many professions.

Yuma Sun: Do you see storytelling as an endangered art form?

Bergqvist: I don't think we are in danger of losing the art of storytelling, as it continues to grow and move into more and more areas. What we need to refresh is our own memory of how to orally tell a story at home or at work. Plus, we can rediscover the old joy of listening to a good story.

Yuma Sun: Please tell us some tales about the storytellers you have coming to Yuma for the event. Are you excited to hear what they have to say?

Bergqvist: I am excited about the professional storytellers that we have coming to Yuma for this festival. Glenda Bonin has told stories to many different ages, but has recently begun a special program for older Arizonans. She is planing to tell some of her historical Arizona and Southwest tales for us. She tells stories with such characterization that you almost feel like you are back there in that long ago place. Those who love history or a touch of nostalgia will definitely appreciate Glenda's performance at the festival.

I am thrilled that we were able to get True Thomas for our festival, since this is his busy season of the year. True Thomas is a storyteller with a lot of characters, costumes and energy. All of the young people I have talked to want to hear him and his exciting versions of old folk tales. Who knew that an old folk tale could be as much fun, if you dressed it up in a costume and added energy? That is True Thomas. For our festival, I think he is going to be a Celtic bard, Turkish sultan, and Viking.

I don't know Debra Olson-Tolar as well, but she is a professional storyteller who tells folk tales that come alive for the listeners.

Yuma Sun: What would you say to encourage the good people of Yuma County to come out and enjoy this new event?

True Thomas the Storyteller is well known for his wide repertoire, ranging from multi-cultural traditional to sci-fi and fantasy. His specialties include researching and creating dozens of unique storytelling personae who educate and tell stories first person. Those personae include Celtic Bard and Viking Skald to Western Tale-Teller and Steam-Punk Raconteur.

He is a lore master on Celtic Folklore, Fairy Folklore and Yule Folklore. When the Getty Museum wanted stories for their Illuminated Manuscripts exhibition, True packed the house. He's been featured on NPR, and at Cultural Festivals and events all over Southern California. He says firelight is his favorite medium and he believes that the right story at the right time can change the world. For more on him, check out "True Thomas the Storyteller!"

Glenda Bonin has been performing for more than 35 years and has made her living as a storyteller since 1996.

Bonin was born in Wyoming, raised in Oregon and currently resides in Arizona. She has five CDs to her credit and is a roster artist with the Nevada Council on the Arts and Tucson-Pima Arts Council.

For five years, Bonin served as coordinator for the storytelling stage during the Tucson Festival of Books, one of the top four book festivals in the United States. In the past few years, she has created and presented educational storytelling/puppet shows to inform kids about why learning about science can be fun, how to deal with bullies, how to be safe around water, and why it is important to make healthy choices.

Her most recent project is a creative-aging pilot program tailored specifically for people with memory issues. Once a week, she tells stories to small groups of residents at three different sites in Tucson.

Debra Olson-Tolar is an accomplished teller of world folktales and personal stories. She was the first storyteller asked to join the J. Paul Getty Museum’s initiative to pair original story with pieces from their permanent art collection. Whether telling stories of strong women or tales of wisdom and wonder, her enthusiastic style sweeps listeners into another time and place. She has shared her stories and taught storytelling workshops at the Los Angeles Storytelling Festival, Texas Storytelling Festival, and the National Storytelling Conference, as well as at women’s retreats, schools, churches, and libraries. Her CD, The Stars in the Sky, contains several of her favorite folktales.

As an actor, Debra has appeared on television and film including performances on Comedy Central’s "Key and Peele" and the Lifetime movie "Adopting Terror." Her stage performances include Amanda in "The Glass Menagerie" and her solo show, "Raising My Voice."

NOTE: Bring your own chair for performances