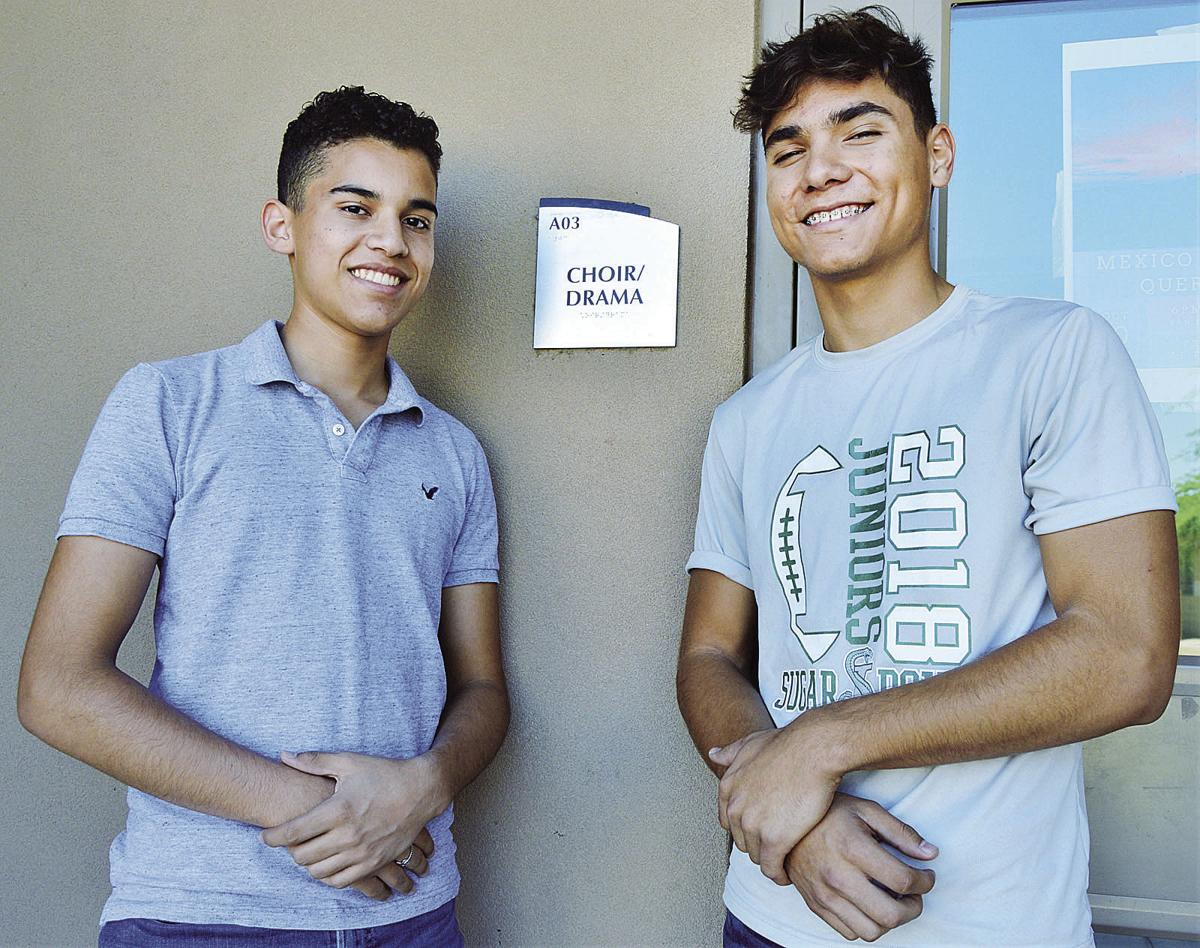 Delio Castillo (left) and Andres Tovar will be part of the University of Arizona High School Honor Choir that performs at the university on Oct. 26. 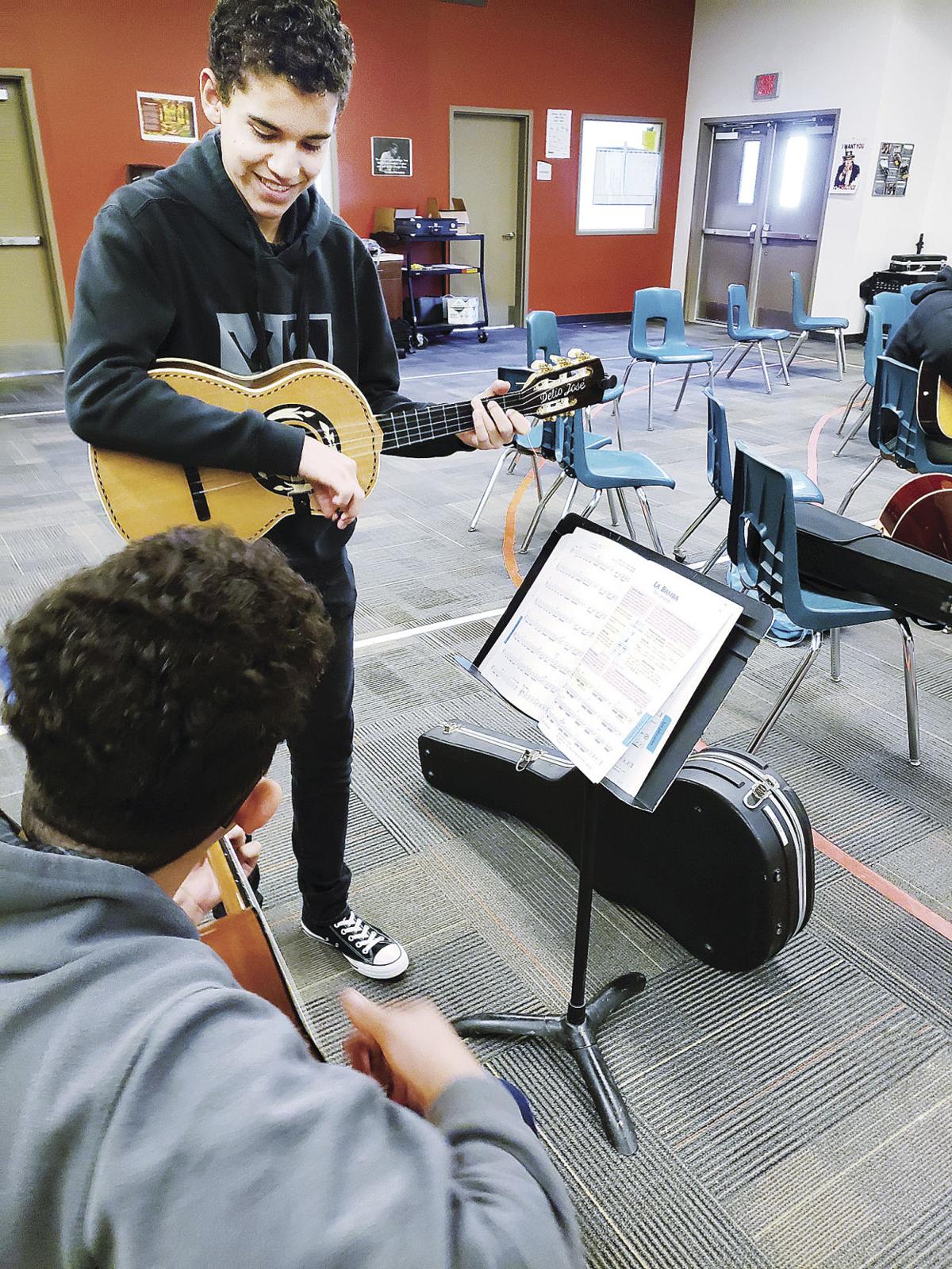 Delio Castillo (facing the camera) and Andres Tovar display talents not only as vocalists but as instrumentalists. 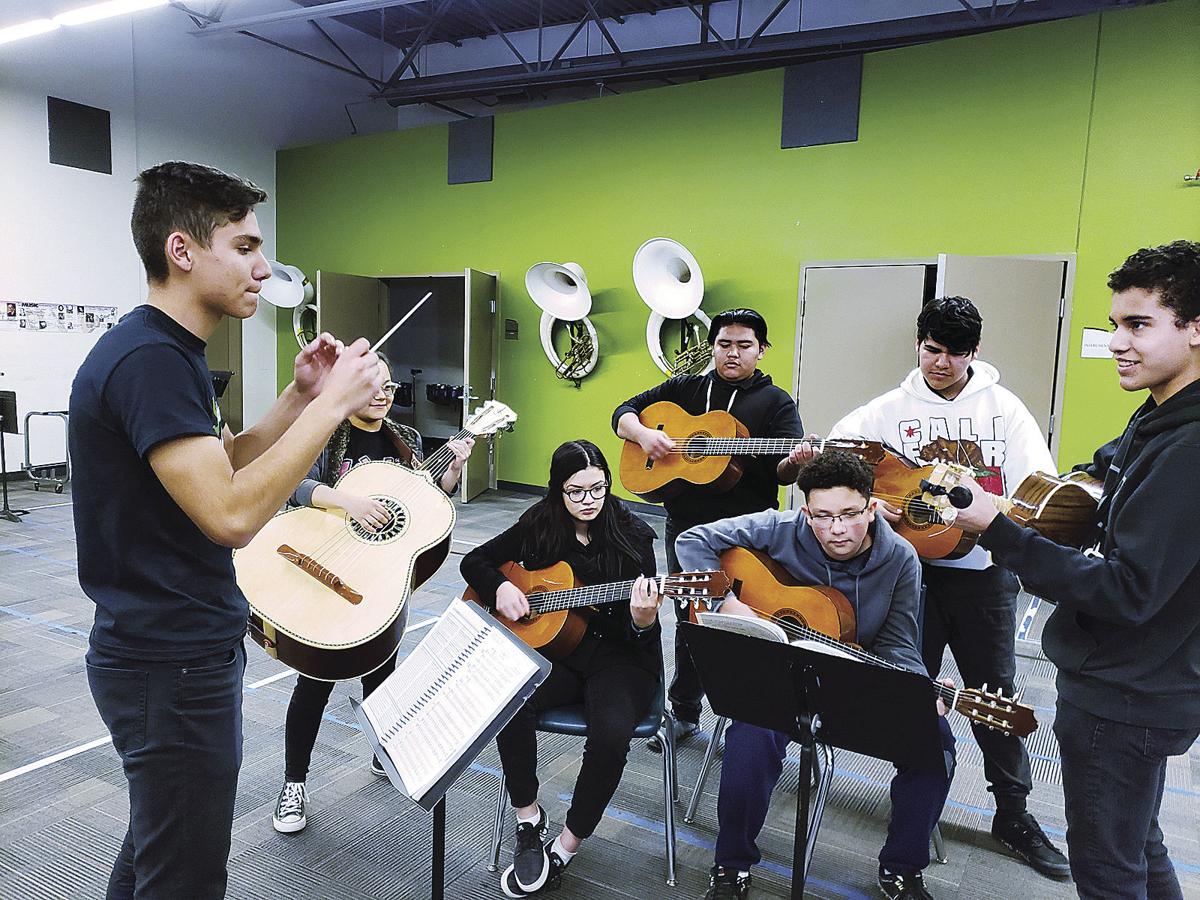 Delio Castillo (left) and Andres Tovar will be part of the University of Arizona High School Honor Choir that performs at the university on Oct. 26.

Delio Castillo (facing the camera) and Andres Tovar display talents not only as vocalists but as instrumentalists.

Two members of San Luis High School’s student choral club will join an exclusive group of youth vocalists in a performance later this month at the University of Arizona.

Andres Tovar and Delio Castillo were chosen from among youth vocalists from around the state to sing as part of the UofA High School Honor Choir on Oct. 26 from 1:30 to 3:30 p.m. at the university’s Crowder Hall.

“These are the first students ever from San Luis to be a part of this program at the university level,” said Juan Lomeli, director of San Luis High School’s choir program. “I’m just very excited for them.”

The two seniors, both 16, were were chosen for the coveted slots based on the skills they displayed in auditioning videos they sent to the university’s choral program.

The two high school seniors elected to record themselves singing classic Mexican songs for their auditions, said Lomeli. Such a choice, he added, was a bit risky, if ground-breaking, since the predominately Anglo choir’s repertoire typically does not include the type of music commonly heard in the community where Tovar and Castillo have grown up.

Lomeli said that Tovar and Castillo owe their achievement as much to their dedication as to their talent.

“The qualities I admire most in these kids are that they never give up,” he said. “Whatever the challenge, however big it is, they are always willing to work, not just for their own benefit but for the benefit of the entire (choir program).

“They are the first to help others,” Lomeli added. “They are very talented and passionate. They have a passion and are willing to transmit it and help anyone else.”

Tovar’s voice is considered to fall in the baritone range, said Lomeli, such as that of the late Mexican actor Jorge Negrete, who was renown as a singer before dedicating his career to the screen.

Castillo, on the other hand, is a tenor, in the vein of Mexican vocalist Vicente Fernandez or even the classical singer Luciano Pavarotti, he said.

“It makes me proud to say that in San Luis we have students that are at the level of others across the state, that we have students who work day after day to achieve their goals and dreams,” said Lomeli. “Music reflects our traditions, our culture and it is a direct reflection of our society.”

Lomeli said he hopes the students’ participation in the choral program can open opportunities to study music at the Tucson university.

That’s certainly what Tovar is hoping for.

“I am very thankful for this opportunity to show what we have learned in music and singing, and apply it in something that can better our lives, in this case provide us scholarships, if that is possible,” Tovar said.

“I think it is going to be a beautiful experience to take part in a choir of such high caliber as this one at the University of Arizona,” said Tovar.

Both students were exposed to music at an early age, and both were actively involved in extracurricular music programs as students in the Gadsden Elementary School District in San Luis.

“We thank Mr. Lomeli and our parents for their support,” said Castillo. “They helped us a lot in practicing almost every day, after class.”