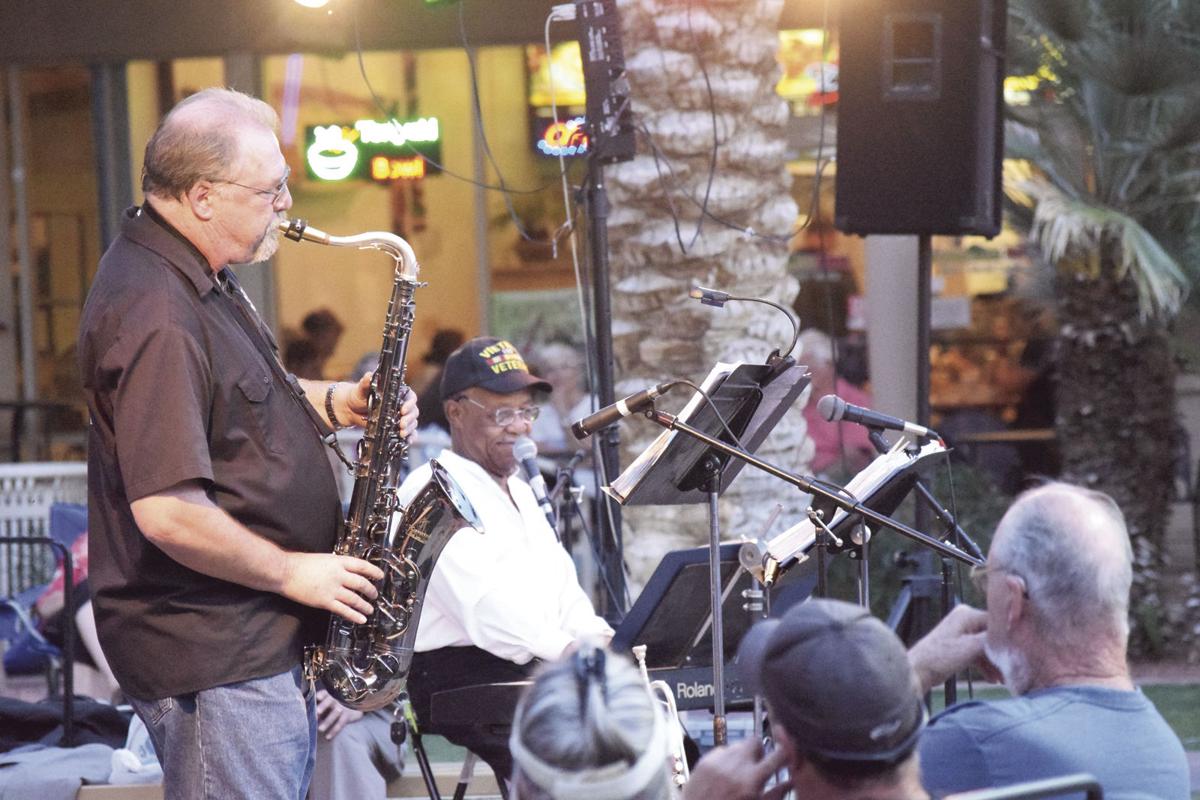 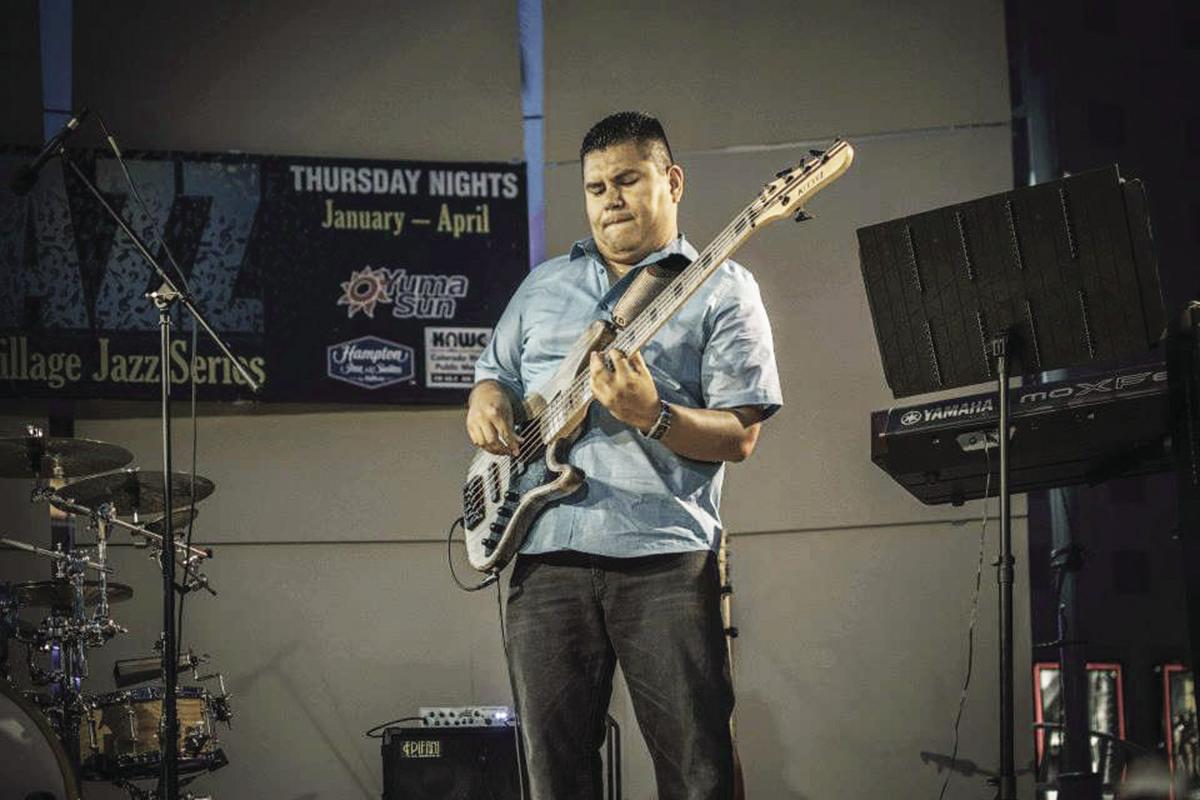 Cesar Juarez plays the bass guitar during a past performance. 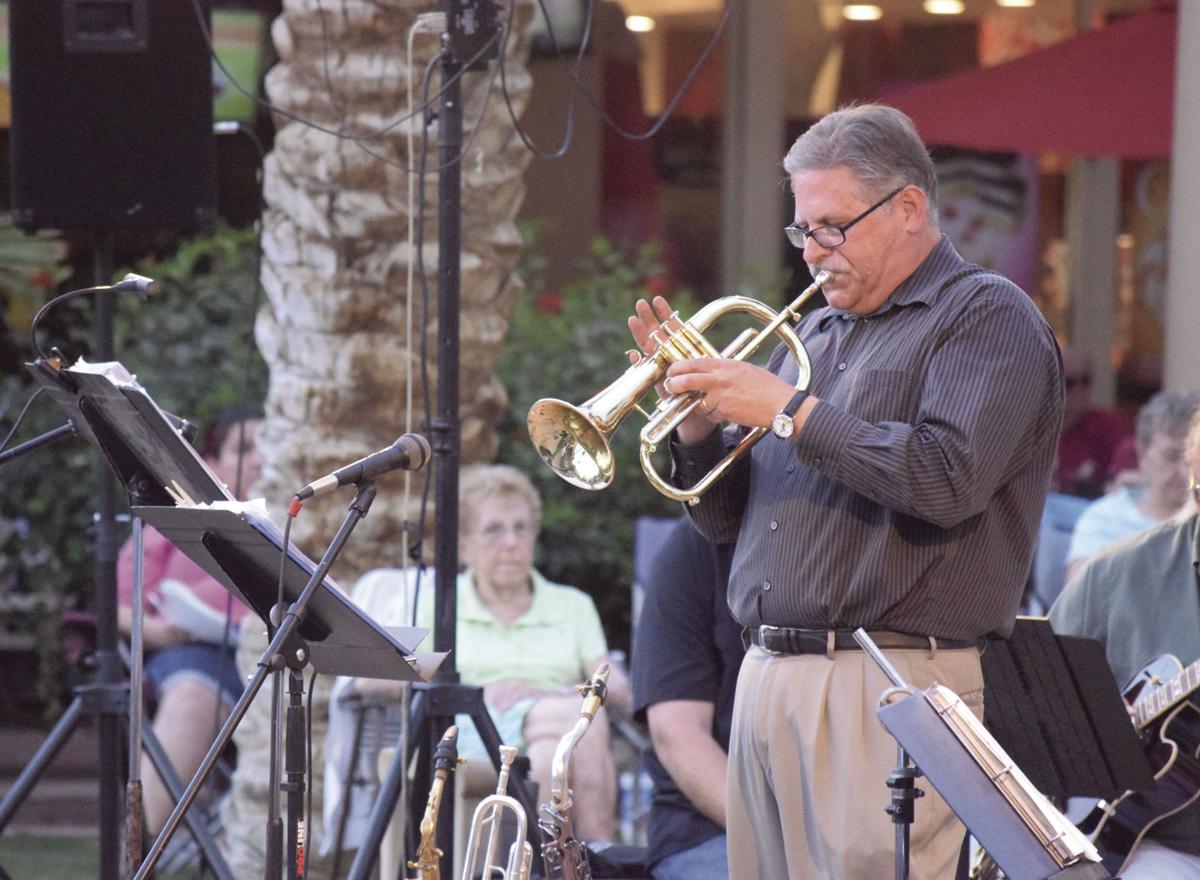 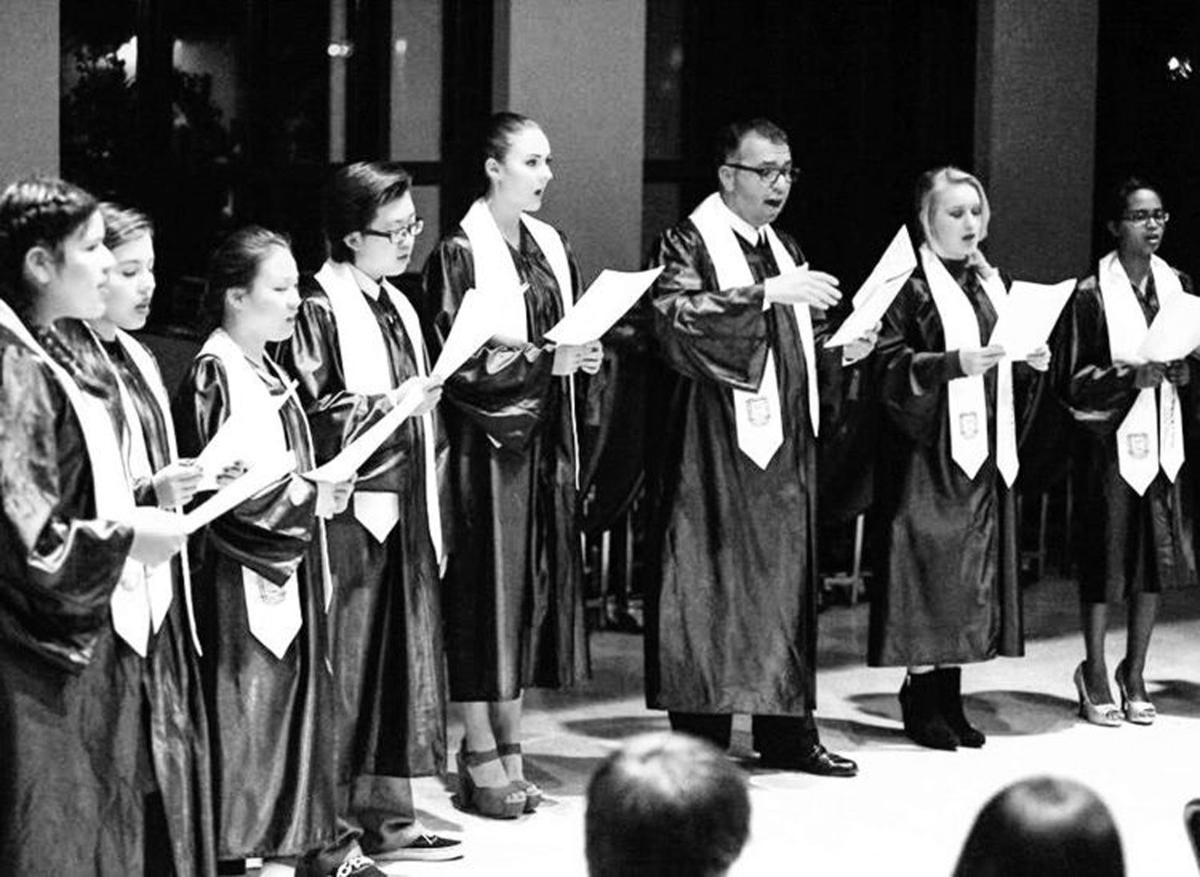 Cesar Juarez plays the bass guitar during a past performance.

Presented by the Yuma Palms Regional Center, the jazz concerts will take place from 6 p.m. to 8 p.m. on Thursday, Nov. 30, and Thursday, Dec. 14.

The music-filled nights will be held in the Village Area of the shopping mall, 1305 Yuma Palms Pkwy.

The long-standing group is to take some blues, Latin and progressive jazz license with “songs of the season” for the holiday jazz concerts. YJC will also perform as the backup band for the featured guests.

For the first concert, San Luis bassist Cesar Juarez will be featured while the second concert is to feature the Yuma Catholic High School Choir.

According to Juarez’s biography, the musician is a jazz, funk, Latin and rock bassist as well as a composer and music educator. In the past he earned a Professional Bass Certificate from the Berklee School of music.

Presently, he performs with his group, the Cesar Jaurez Band, at venues across the United States.

“Cesar is somebody that we have played with previously on a couple of occasions,” said Hennig, organizer of the concerts and member of the Yuma Jazz Company. “He is just really an outstanding bassist.”

Back in 2014, Juarez performed in Yuma with his band for an evening during the 2014 Village Jazz Series.

“Performing with the Yuma Jazz Company is especially nice because one of the members — Mr. Carl Posh — he was my music teacher in college,” Juarez said. “I also love performing for Yuma because they enjoy listening to jazz music.”

Students themselves will be slated to perform “jazzed” versions of holiday staples. This year will be Yuma Catholic High School’s second appearance in the Village Area of the Yuma Palms Regional Center, the Yuma Jazz Co. press release showed.

The ensemble will be under the direction of Coz and includes youth members of various levels and abilities.

Hennig noted the concerts will be mutually beneficial for both students and the audience.

“It’s great for a couple of reasons,” he said. “The crowd just really loves that group in particular. I know when they’ve been heard publicly people just respond to them well. Plus, the idea of having a choir sing to some jazz music-it’s going to be very neat for the people who attend.

“It’s also going to be a neat experience for the high school students themselves because they very rarely get the opportunity to perform in this kind of event,” Hennig added.

Quentin Hennig, who is 17 years old and joined the Yuma Catholic Choir this year to better his trumpet skills, said he looks forward to the concerts.

“Just the experience of playing with the jazz group — I think that will be a very good learning experience for me in pursuing my music career,” he said.

Hennig’s peer, McKenzie Davis, has been involved in choir for most of her life and also feels performing with a jazz group will be educational.

“With choir we don’t really tend to sing jazz music so doing that will open doors up I think for us,” she said. “I think it’s really cute that we are singing carols in front of people and I think the atmosphere is going to be great.”

Attendees of the holiday jazz concerts are encouraged to bring their own seating. For more information, visit www.yumajazz.com or call (928) 329-4559.