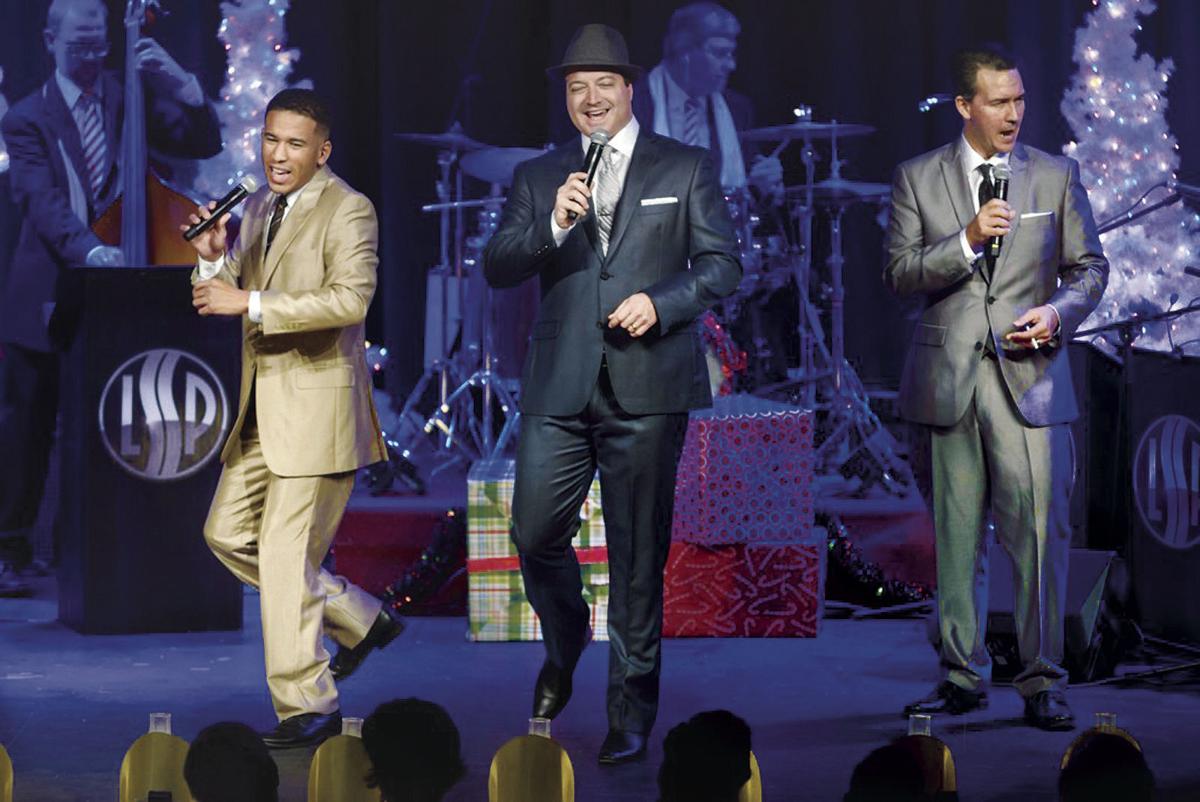 Ira Hill (from left), Robert Shaw, Christopher Damiano will appear as the Rat Pack, in "Christmas with The Rat Pack," a Lonely Street Production on Dec. 11 at the Historic Yuma Theatre. 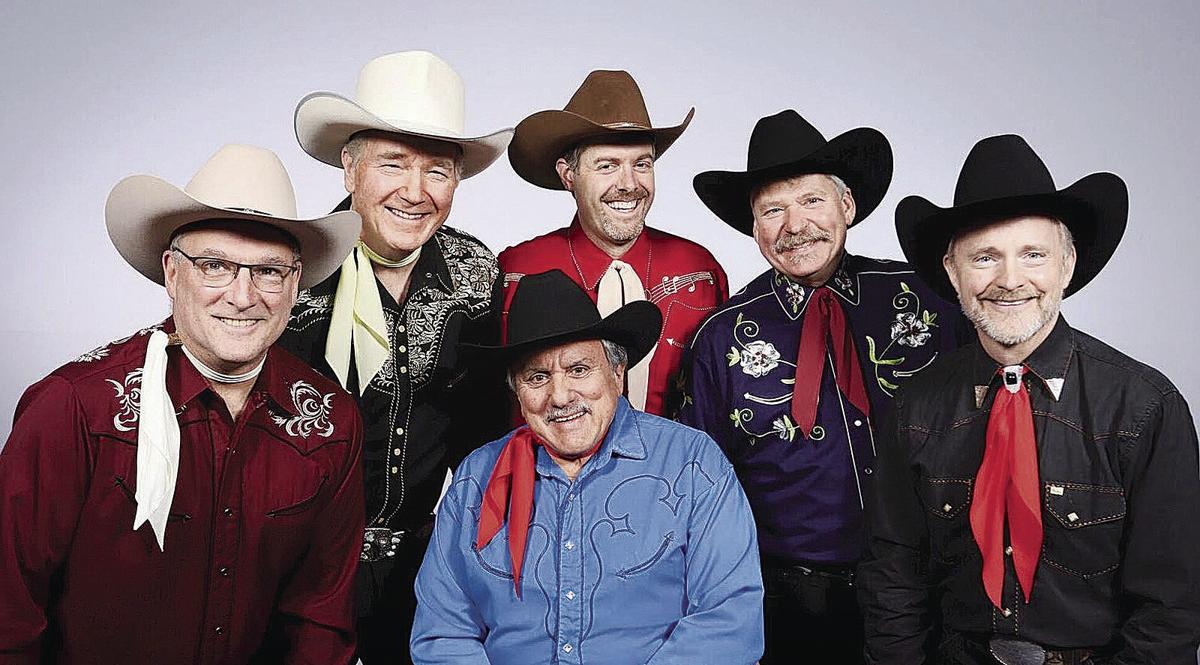 Sons of the Pioneers, always a favorite with Yuma audiences, will be back in town Jan. 14. 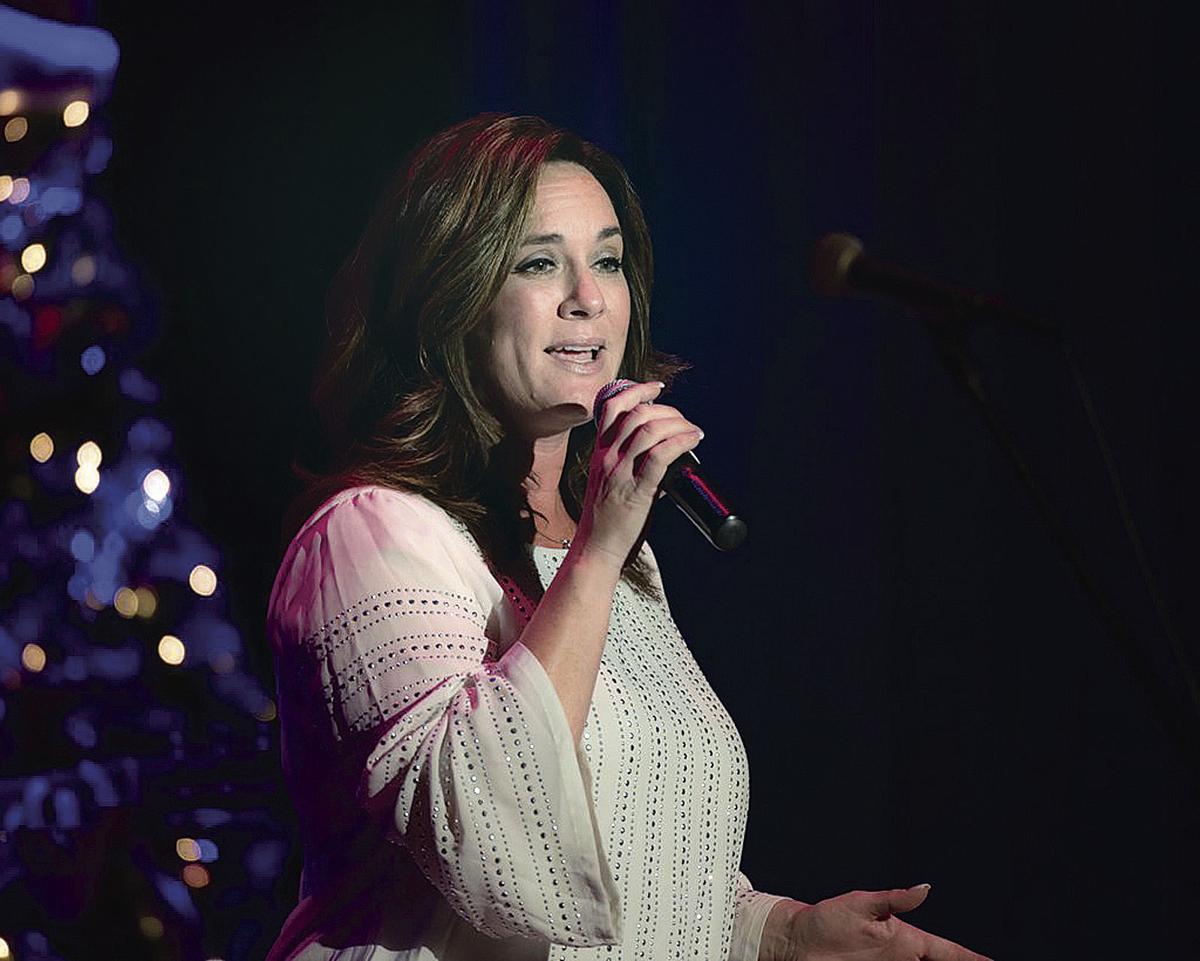 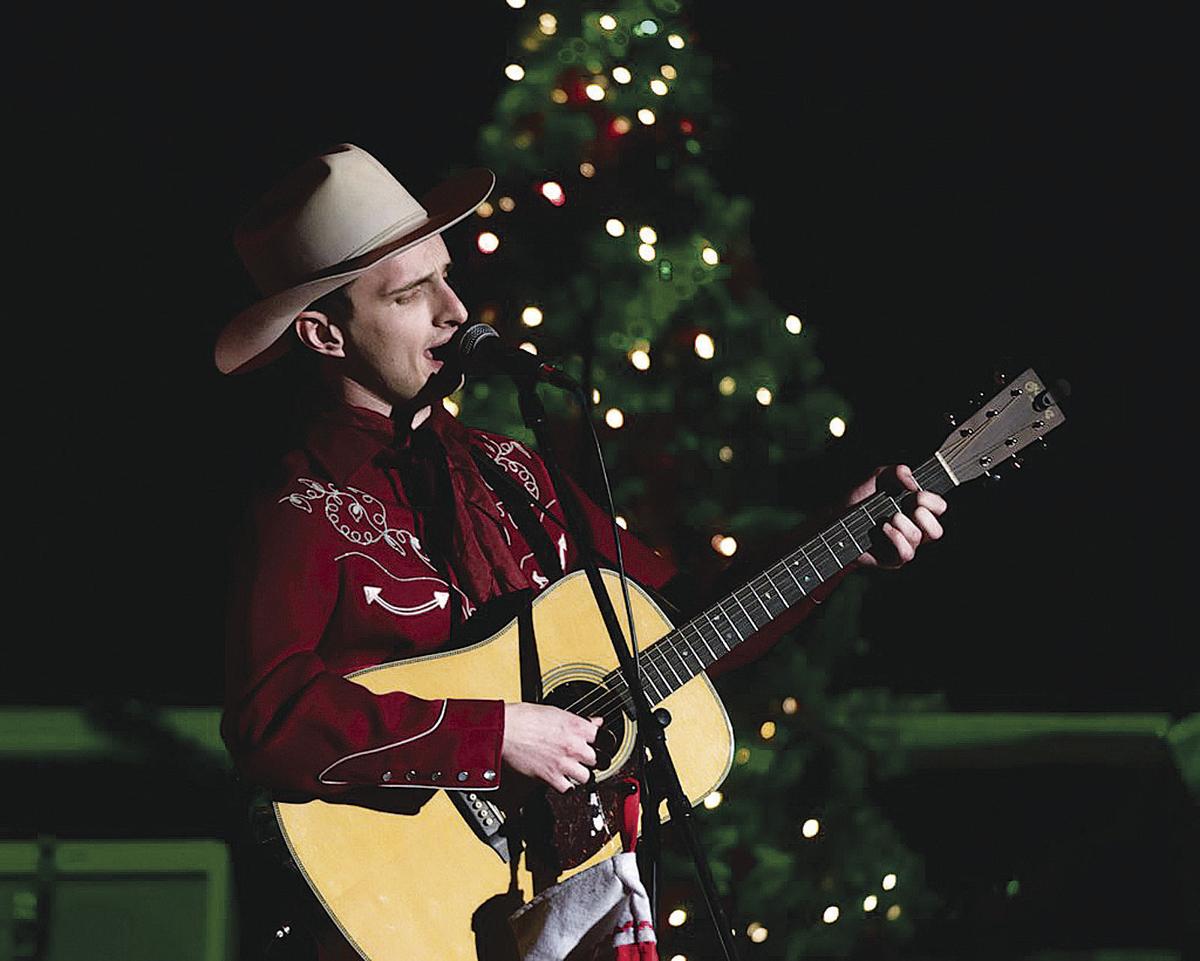 Ira Hill (from left), Robert Shaw, Christopher Damiano will appear as the Rat Pack, in "Christmas with The Rat Pack," a Lonely Street Production on Dec. 11 at the Historic Yuma Theatre.

Sons of the Pioneers, always a favorite with Yuma audiences, will be back in town Jan. 14.

Get set to two-step ‘round the Christmas tree as you enjoy the yuletide twang of “Honky Tonk Christmas” brought to Yuma by Lonely Street Productions.

This show includes perennial holiday songs made famous by Kenny Rogers, Willie Nelson, Randy Travis, George Strait, Loretta Lynn and more. It will be presented at 7 p.m. Dec. 10 at the Historic Yuma Theatre.

It will be followed the very next evening, again at 7 p.m. in the Historic Yuma Theatre, with a totally different take on holiday music, this time reminiscent of a Vegas-style lounge and songs as crooned by “Rat Pack” members Frank Sinatra, Dean Martin and Sammy Davis, Jr. Starring Robert Shaw, Christopher Damiano and Ira Hill and featuring a six-piece band, “Christmas with The Rat Pack” is a holiday classic.

“We have two completely different Christmas offerings two days in a row,” said Trish Thayer, director of operations for Lonely Street Productions. “There’s a lot of traditional Christmas music in the country style. And there are more contemporary songs but written by country artists.”

As for the Rat Pack concert, “it will be a lot of their standards,” Thayer said. “It’s not impersonations of the artists but it will be in the style and flavor and atmosphere of which ever performer we’re paying tribute to.”

The Lonely Street concert series will continue into the new year with a full lineup of shows to bring Yuma audiences the sounds of Elvis, Smokey Robinson, Ray Charles, Johnny Cash and other classic recording artists from the 1950s, ‘60s and ‘70s. And as a special treat, the concert series is bringing back the legendary Sons of the Pioneers for a show Jan. 14.

“We kind of age with our audience,” explained Thayer. “We present a great variety of music.”

She again emphasized that the shows are not impersonations of the famous artists but tributes to them and the great music they created over the years. “The performers may kind of sound like (the artists) but it’s a tribute, not an impersonation.”

Along with the music, the shows offer some history about the artists and their genres, Thayer said. “We tell stories and trivia and facts about the person we’re paying tribute to. A lot of folks tell us they really enjoy that … tell us they learned something. That’s a Lonely Street trademark.”

The production company has been bringing entertainment to Yuma audiences since a tribute show to Johnny Cash in March of 2011.

“We’ve done very well there,” Thayer said of Yuma. “Some shows are sold out.”

And they have a faithful following among Yuma’s winter visitors, she said. “We’ve already been hearing from some of them. They want to know about the series and buy tickets. We really appreciate them over the years.”

Following the Christmas concerts, the lineup of shows includes:

• “Remember the King,” Jan. 7. This show is a salute to Elvis Presley and the three distinct eras of his career from the young rockabilly days of “That’s All Right Mama” to the black leather-clad rocker of the ‘68 Comeback Special and the years he spent headlining Las Vegas and touring with such hits as “Burning Love.”

• “Cruisin’: The Music of Smokey Robinson,” Jan. 15. With an iconic smooth-as-silk voice and musical craftsmanship responsible for writing over 4,000 songs, Smokey Robinson is one of the most legendary figures in American music.

• “British Invasion,” Jan. 21. The Beatles changed the game when it came to rock and roll but there were other great bands from across the pond who swept into the music scene. This show will salute hit-makers Herman’s Hermits, The Animals, The Rolling Stones, the Dave Clark Five and more.

• “American Made: A Salute to the Oak Ridge Boys and Country Gospel,” Jan 22. The Presidio Boys masterfully recreate the hits of Country and Gospel’s favorite vocal groups, including the Oak Ridge Boys, the Statler Brothers and more.

• “Man in Black: The Music of Johnny Cash,” March 17. Celebrate the life and music of Johnny Cash with this concert featuring the most popular songs from his nearly 50-year career. Robert Shaw and the Lonely Street Band

perform Cash hits from the early days of “Folsom Prison Blues” through the decades, including “Ring of Fire” and “A Boy Name Sue.”

As a special event, Sons of the Pioneers are returning to the Yuma stage by popular demand for a show Jan. 14. For over 80 years, Sons of the Pioneers have performed the music of the American West. In this show, Legends of Western Music, the group will present their classics, among them “Tumbling Tumbleweeds,” “Cool Waters” and Ghost Riders in the Sky.”

They last performed in Yuma in 2018 to a sold-out audience.

Lonely Street based in Tucson was started as a sideline in 2005 by Robert Shaw. It evolved into a concert series, initially as tributes to Elvis and Johnny Cash. Today, Shaw is the owner, and executive producer as well as a performer. Shows are presented primarily in Arizona in the Tucson and Phoenix areas, Yuma and Prescott.

The company also has a roster of musicians from Arizona as well as some such as Brady Goss from out-of-state. One musician this year is Bernie Ortega, a trombone player from Yuma.

“There are some really wonderful musicians … very talented folks,” Thayer said. “You never know who might be in a show.”