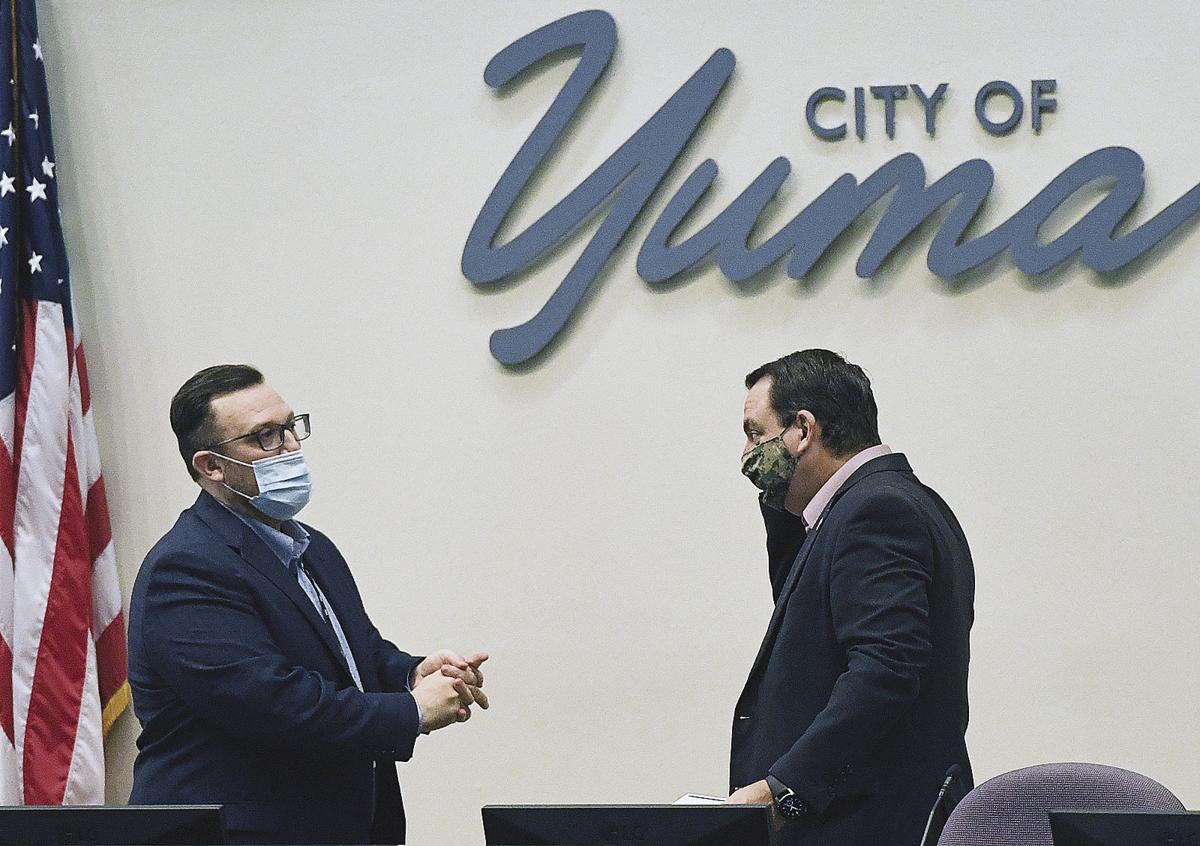 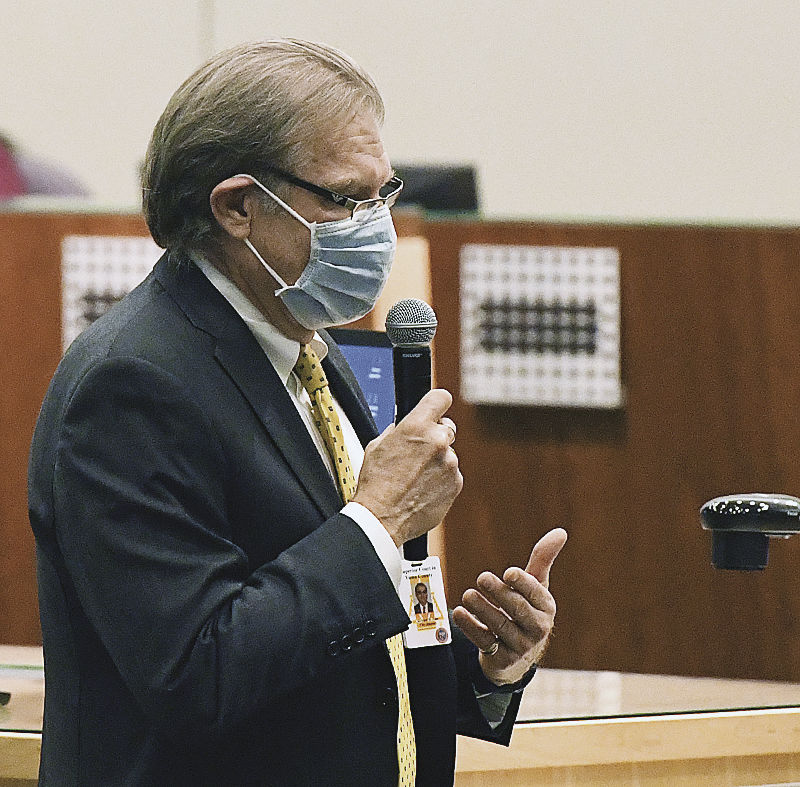 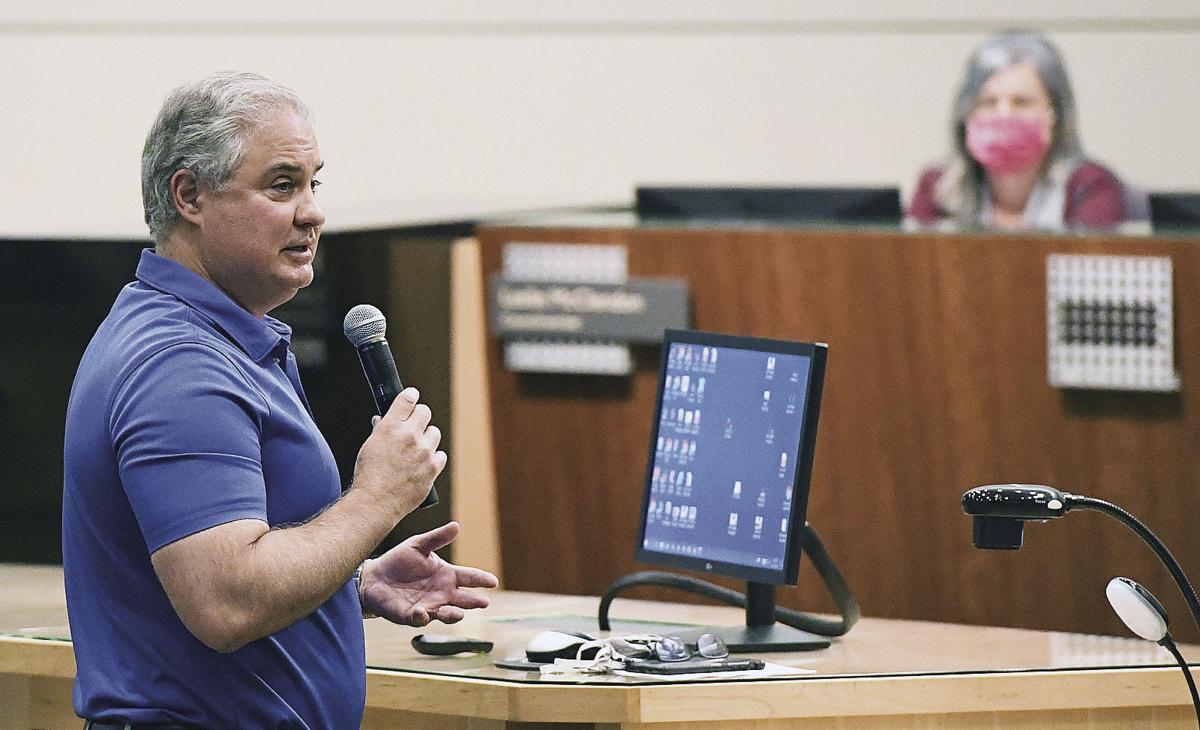 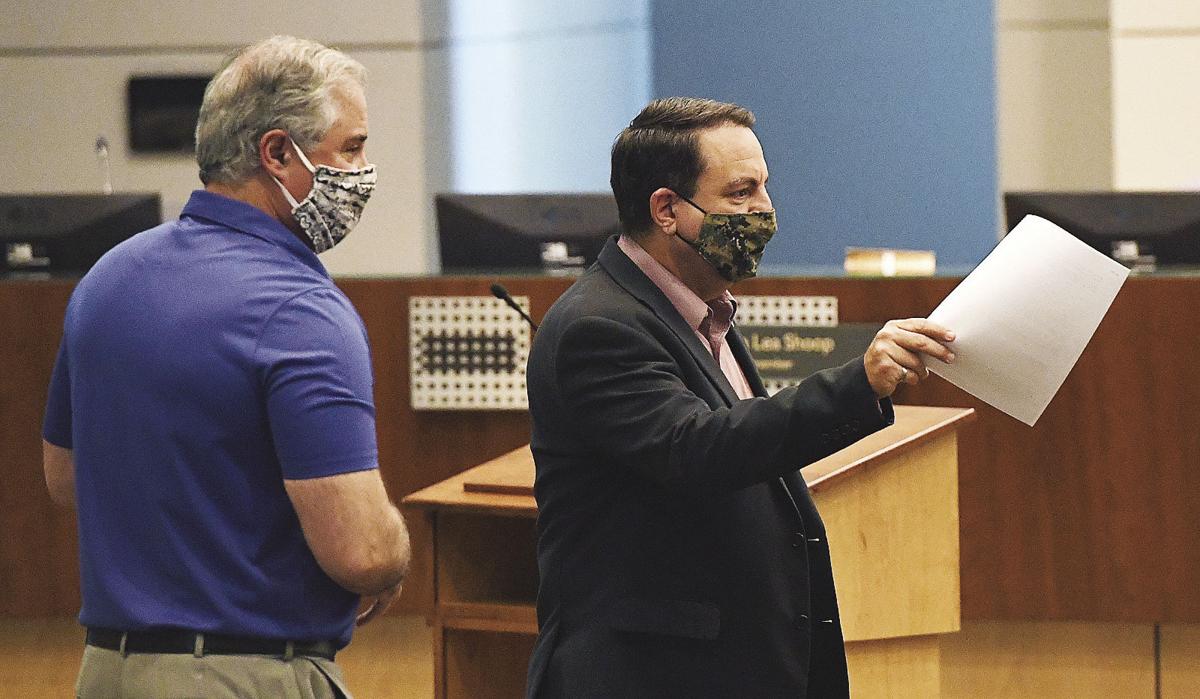 With a 5-2 vote, the Yuma City Council agreed to amend the March emergency proclamation to add a requirement for the use of face coverings within city public places. The mask mandate became effective at 11:59 p.m. Friday.

The decision reflected the wishes of the majority of citizens. The city received feedback from 903 residents, with 62% asking for a mask mandate and 38% against such a requirement.

“I was torn, I was going back and forth. I didn’t know how I would vote,” Nicholls told the Yuma Sun after the meeting. “I fully support the need for masks, but the government should not be the answer for those kinds of things. Those are personal things.”

He wanted to make it “painfully clear” that the city is not regulating businesses. “The governor already has. We did not have the need to debate that. It’s important we’re not perceived as reaching that far,” the mayor said.

Nicholls said he would have preferred a “strong recommendation” for the use of masks and finding other ways to engage the public, such as using incentives for mask use, and “educate, educate.”

The mandate comes after Gov. Ducey gave counties, cities and towns permission to adopt their own policies on the use of face coverings to help stop the spread of COVID-19.

Instead of deciding on his own, Nicholls said he wanted input from the council members, experts and the public since it “impacts people’s daily lives.” He asked that the hateful vitriol be left behind in favor of healthy debate.

He invited City Attorney Richard Files to explain the governor’s executive order, and Dr. Robert Trenschel, CEO and president of Yuma Regional Medical Center, to offer the medical perspective. Police Chief Susan Smith was asked to address the potential impacts of such a mandate on the police force.

The mayor put three choices before the council: doing nothing, issuing a “strong encouragement” for mask use or mandating the use of masks in public places.

Files explained that Ducey’s order already mandated masks inside businesses for employees and customers as well as 6-foot social distancing, but it does not regulate outdoor places, such as parks and sidewalks. The governor left these places up to local governments.

Trenschel noted that the pandemic is causing a “stress on healthcare workers right now,” and although the hospital is not at capacity yet, “we are getting close.” He said that YRMC has entered Tier 3 of the Registered Nurse Resource Deployment plan, which brings additional nurses from other parts of the hospital to work with COVID-19 patients.

Trenschel said that he believes a mask mandate is “necessary” and “a significant preventative measure.” He added: “It’s a small price to pay for keeping the community safer. Me wearing the mask keeps you safe, you wearing a mask keeps me safe. It’s what we’re doing for our fellow person.”

Nicholls said that he was concerned that the police force was becoming “a little weary” with everything they’ve been asked to do recently. Smith explained that police will handle this situation the same way as it did with the stay-at-home and curfew orders, by focusing on educating first. However, she noted, these calls would not be of the highest priority.

“My expectation is we’ll start receiving calls from citizens when they see people not wearing masks or businesses not mandating masks. I highly recommend the community follow the governor’s order so officers don’t have to be called out,” Smith said.

Morris also expressed concern that this would be a “pretty heavy burden” on the force. Councilman Mike Shelton said he feared “encroaching snitch callers” who want to get back at someone.

Asked what officers would do if someone refused to wear a mask, Smith noted that it would be a criminal offense and the person could be cited right then for causing a disturbance and trespassing or the case could be referred to the city attorney, but police would not be physically arresting anyone.

Smith was asked if enforcing a mask mandate would negatively affect the relationship between the force and the public. Smith said she did not believe it would because Yuma is “very much pro-law enforcement and they understand what we do and they trust us.”

Nicholls said his concern is that businesses have already been “through the ringer this year” and he didn’t want to further impact their ability to survive or recover.

Deputy Mayor Karen Watts pointed to the “scary” numbers of COVID-19 positive cases and said it “proves we need to do something different. We can’t continue with these numbers.”

“If we all wear a mask and we practice social distancing, the sooner the COVID positive numbers will go down, along with related deaths, and the sooner the economy will recover. We have to mandate it because we haven’t done a good job,” Watts said.

“There’s no way to deny there is a problem,” Nicholls said. But, he added, “I’m not interested in making criminals out of ordinary people.” He announced that a violation would be a civil, not criminal, offense.

Morris read the Declaration of Independence and stressed the right to “liberty,” or the power to do as one pleases, according to the definition he read.

“I strongly believe that as intelligent, free people, we need to decide how to take care of ourselves and our loved ones,” Morris said, adding that along with freedom comes responsibility and people need to act responsibly and follow the recommendations of health experts to stop the spread.

Councilor Leslie McClendon noted that it’s “not a cure-all” but it will help slow the virus. A mask mandate can also be used to show potential tourists that Yuma is doing its due diligence to keep visitors safe and healthy.

“A month or two ago, I would not have wanted to do this at all,” Councilman Gary Knight said. “I still don’t like having to do it, but we’ve got restaurants still doing takeout and delivery, other businesses that haven’t opened yet. This is still hurting our economy, because our numbers are still rising, they’re still going up. So common sense tells me whatever we’re doing now, it ain’t working. In fact, things are getting worse …

“I understand rights, but by not wearing one, I don’t have the right to infringe upon your right to breathe air that I haven’t contaminated. You have a right to expect the air around you to be free of COVID. If I’m a carrier and I don’t have a mask, I’m infringing on your rights,” Knight added.

“I’m really torn on this. Businesses are already doing what they ought to do,” Shelton said. He asked the mayor about a time limit. Nicholls said that he would track the numbers daily and when they declined enough, he would pull it.

YUMA COUNTY CASES BY THE NUMBERS

Yuma County’s total number of positive COVID-19 cases here is 4,078, according to the county’s June 19 update, and there have been 61 deaths. There were 204 new cases reported.

Here’s a look at Yuma County Cases By The Numbers: