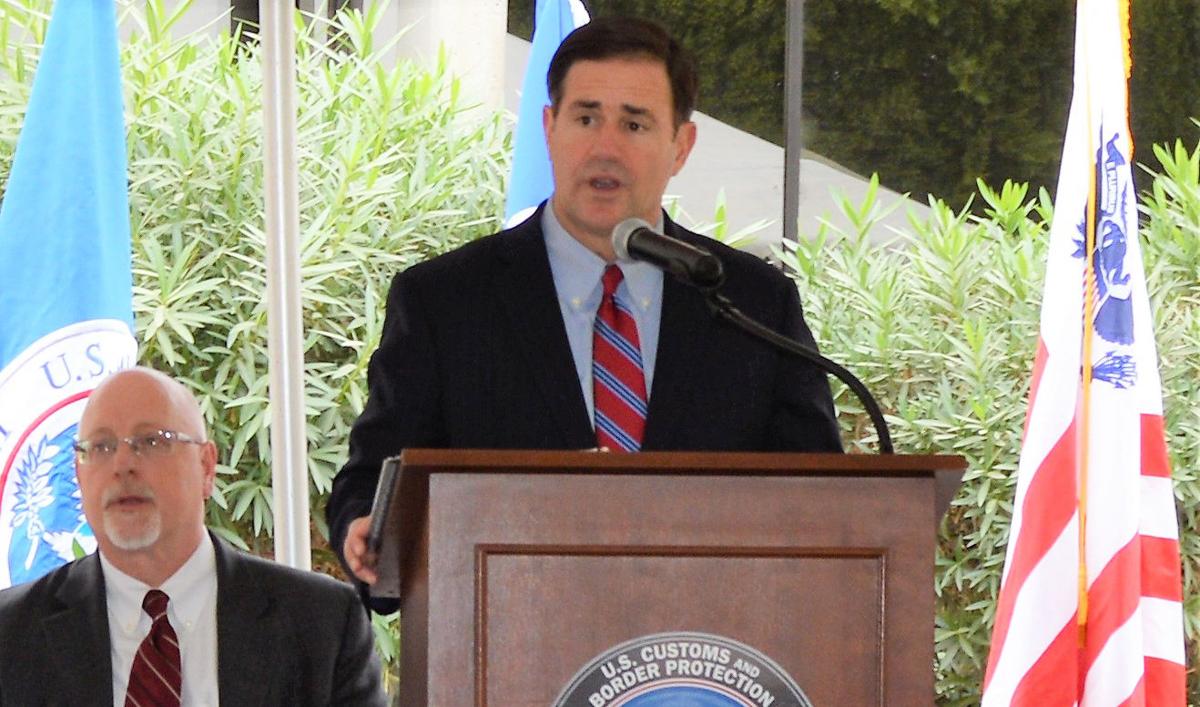 Arizona Gov. Doug Ducey speaks Tuesday during a ceremony marking the start of construction of a pedestrian crossing area at the U.S. Port of Entry in San Luis, Ariz. Behind the governor is Dan Brown, interim administrator of the Pacific Region for the U.S. General Services Administration, the federal agency overseeing the construction. 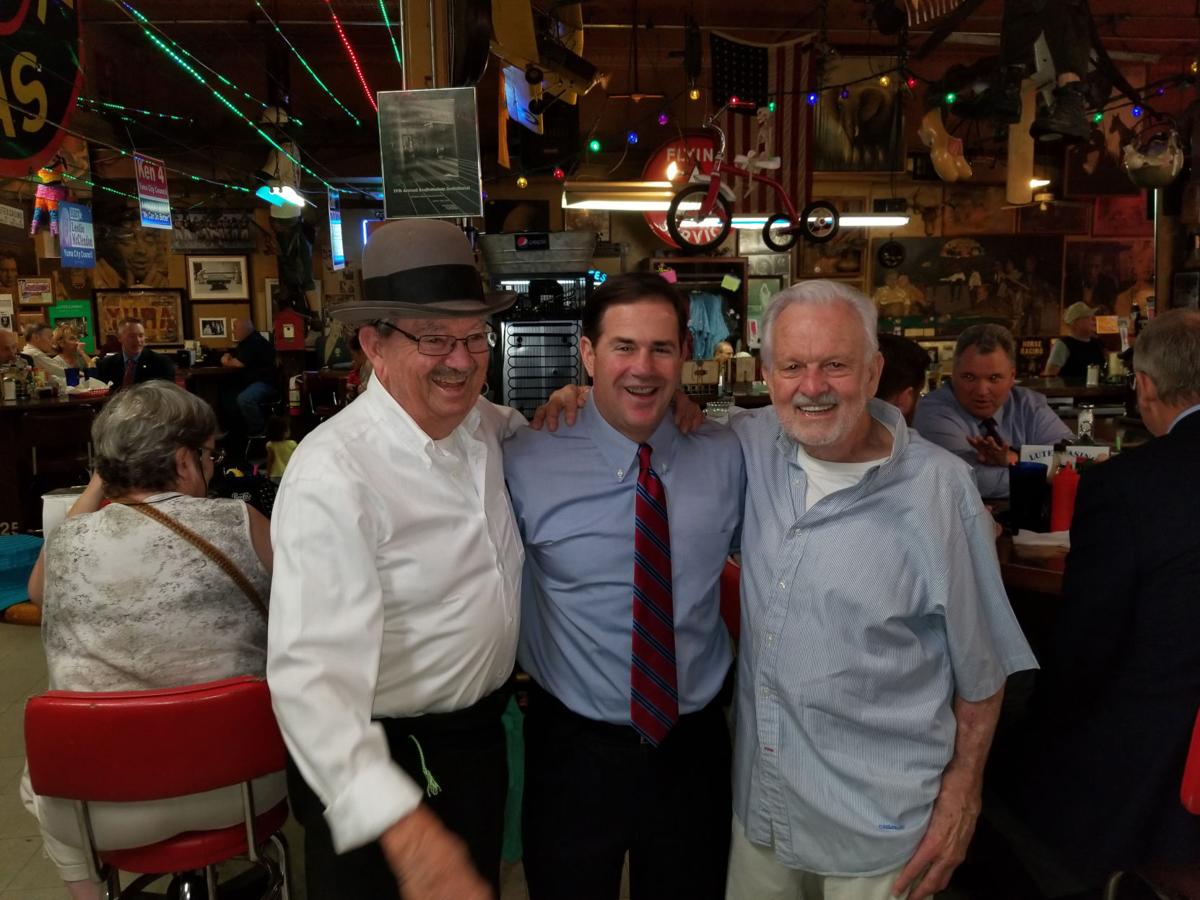 Arizona Gov. Doug Ducey speaks Tuesday during a ceremony marking the start of construction of a pedestrian crossing area at the U.S. Port of Entry in San Luis, Ariz. Behind the governor is Dan Brown, interim administrator of the Pacific Region for the U.S. General Services Administration, the federal agency overseeing the construction.

Gov. Doug Ducey made a quick trip to Yuma County Tuesday for a groundbreaking ceremony for the $6 million expansion of the pedestrian processing facility at the downtown San Luis Border Port of Entry.

He also received a briefing about border protection efforts from state and federal officials, according to his Twitter account, all after stopping on the way for lunch at Lutes Casino in downtown Yuma.

Mike Lutes, a manager at the venerable restaurant, said he'd been contacted the day before by the governor's office about the planned stop there, and Ducey arrived with an entourage of "only 10 people," including Jonathan Lines, state Republican Party chair and a Yuma resident.

Lutes said they were there for about an hour, and Ducey "walked around and talked with a lot of customers, took a lot of photos, and he did pretty well."

Ducey was a featured speaker at the event, heralding the start of a yearlong project adding 8,300 square feet to the border port of entry, including office space and three additional northbound pedestrian processing lanes, bringing the total to 10.

"I’m pleased to see this significant investment in our infrastructure, which will help boost economic activity on both sides of the border,” he said. “I look forward to continuing to work with our federal and international partners to expand opportunities with Mexico and grow jobs for Arizonans.”

Tony Reyes, District 4 Yuma County supervisor, attended the groundbreaking and said Ducey's speech reflected the GOP governor's continued efforts to shore up relations with the state of Sonora and Mexico, particularly after President Trump's threats to pull out of the NAFTA treaty.

Reyes said there were numerous federal, state and local officials from Mexico attending the event as well. "It's a good binational event that I think the governor likes to be at," he said.

During a press conference following the speech, Ducey said the the addition of three more northbound pedestrian inspection booths, for a total of 10, will benefit citizens of both nations.

"Oftentimes for business people, or anyone, families and citizens, time is money, so if we can make it more effective, more efficient, easier to get across it's going to be good for everyone involved," he said.

He did not have a concrete answer for whether enough customs officers would be available to staff the expanded crossing, which is a federal responsibility. Arizona agencies are helping to carry the load, he added.

"So the number of officers is always that's under review. It's important to have the proper number of not just customs officers, but border security. And this is something that the federal government tries to balance. We're working with them at the state level so we can be helpful," with the state Department of Public Safety coordinating with county sheriffs and local police forces.

Ducey was briefed by leaders from DPS, Arizona Department of Transportation and federal Customs and Border Patrol on these efforts before the groundbreaking,

Ducey said he will continue to build on the benefits of a positive international relationship, federally as well as locally.

Of course we're advocating for the proper relationship at the federal level but I wouldn't be the only governor who's able to say this, I'm one of 35 governors in the nation who have Mexico as a top-three trading partner," he said.

The San Luis 1 Port of Entry processes nearly 3 million vehicles and 2.5 million pedestrians annually, according to the GSA. The Trump administration has included $234 million in its current budget for extensive upgrades in the coming fiscal year, but it has not been approved yet by Congress.