Industrial hemp plants are seen growing in a field in the Gila Valley east of Yuma. 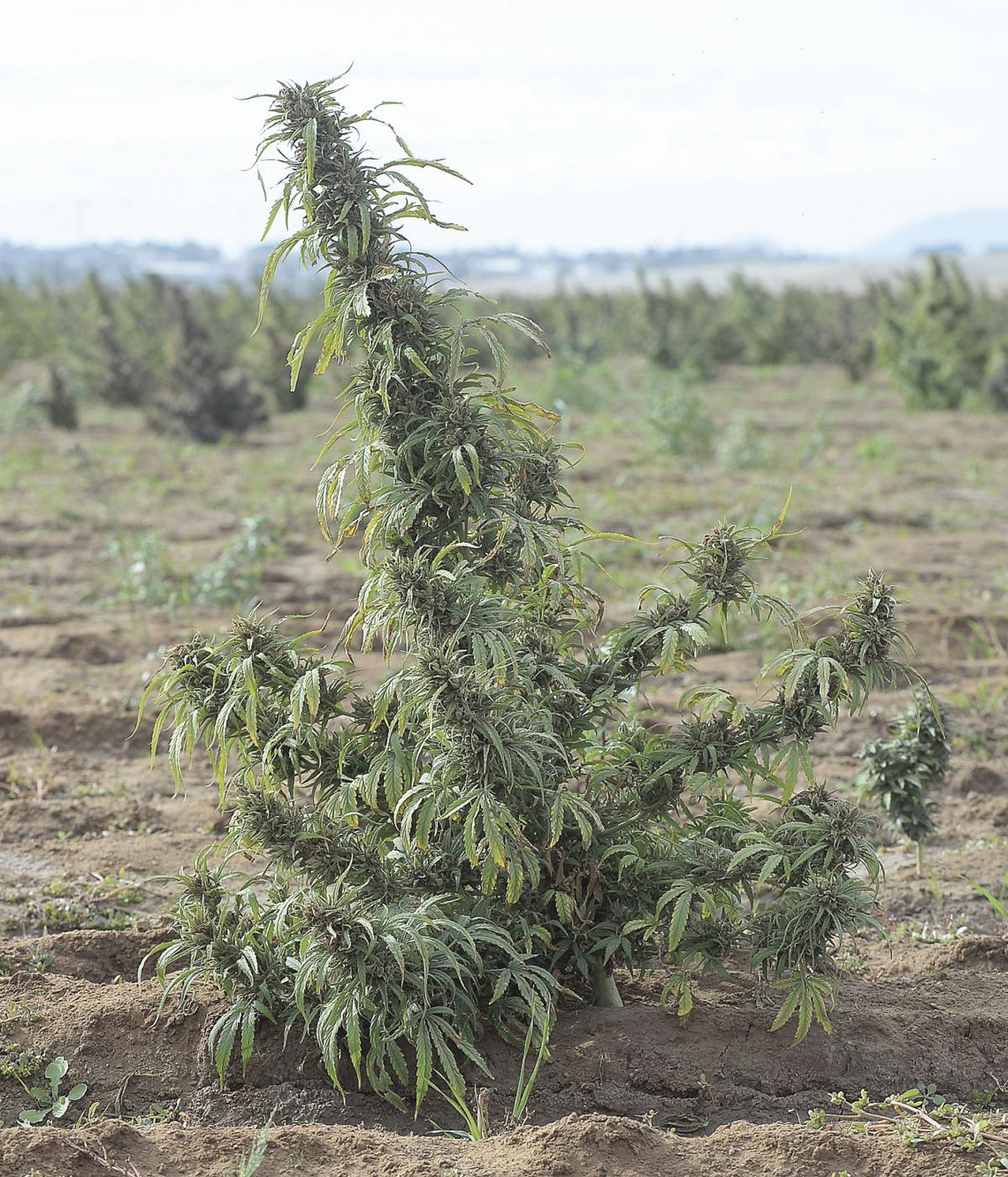 An industrial hemp plant grows Tuesday afternoon in a field of the vegetation in the Gila Valley east of Yuma. 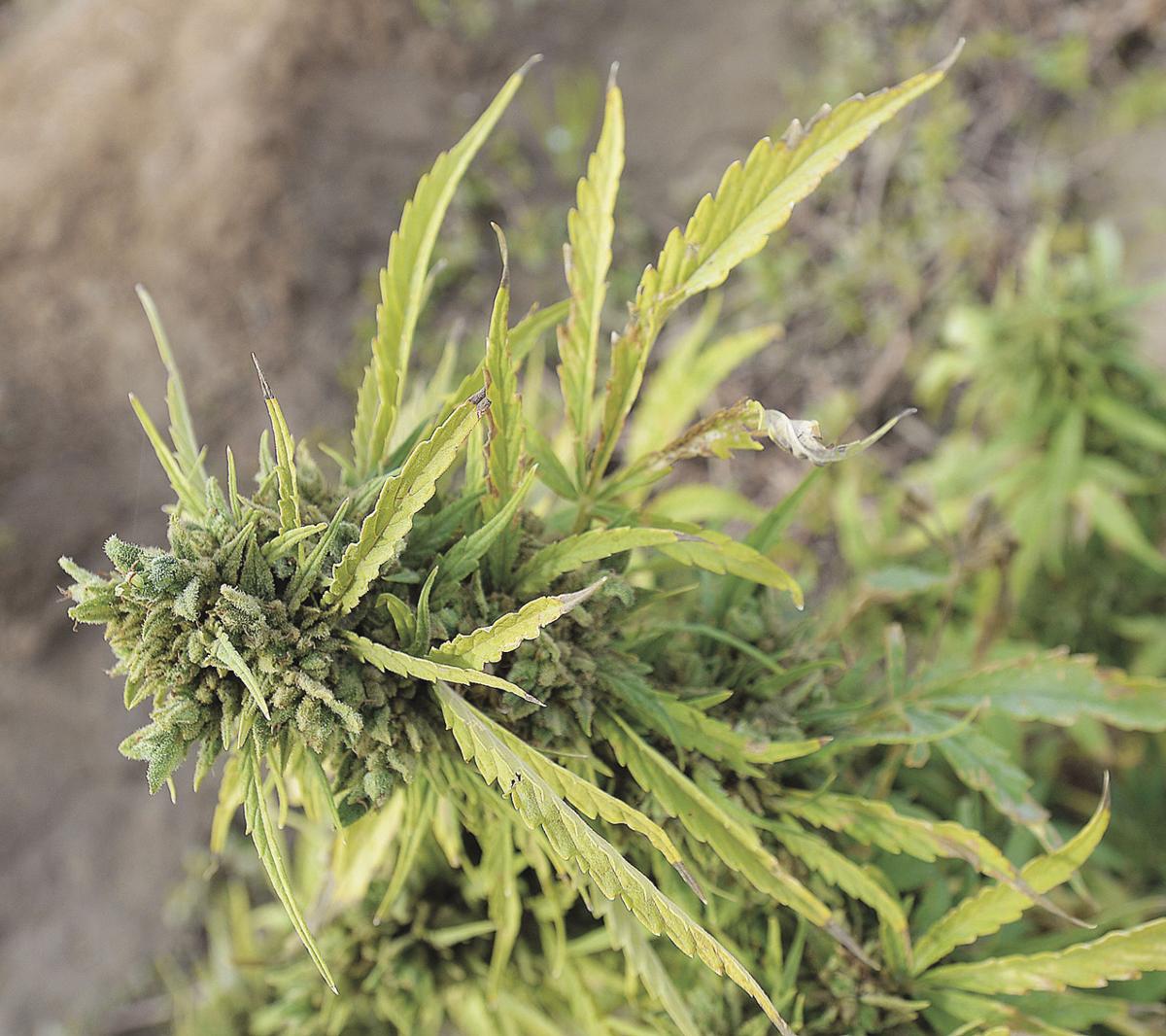 An industrial hemp plant grows in a field in the Gila Valley east of Yuma.

Industrial hemp plants are seen growing in a field in the Gila Valley east of Yuma.

An industrial hemp plant grows Tuesday afternoon in a field of the vegetation in the Gila Valley east of Yuma.

An industrial hemp plant grows in a field in the Gila Valley east of Yuma.

Arizona legalized hemp production earlier this year, and Yuma farmers have been grappling with the unexpected obstacles of a healthy hemp harvest.

Dusty Shill, a farmer in Yuma who mostly farms vegetable and seed crops like lettuce and spring mix, started growing hemp to make some additional money. Shill said he has about a year of experience growing hemp, six months of which has been in Yuma.

He and other Yuma hemp farmers, Shill said, keep encountering new problems the further along they go, including interference from nearby crops, figuring out how to space the crops properly, needing herbicides to combat weeds without killing the crop, finding out how to harvest larger quantities and circumventing legal problems like THC limits and Border Patrol checkpoint confiscation protocols.

“It’s a challenge,” Shill said. “There’s a lot to figure out, and the whole thing is like a test run for us. But it’s worth it. I think Arizona is going to dominate [the hemp industry] when it’s all said and done.”

Yuma’s abundance of sunlight, dry climate and warmth make it ideal for hemp, Shill said. Despite the perfect climate, Yuma farmers can’t get around the bad seeds they’re buying.

For help figuring out what’s wrong with his crops, Shill will sometimes go to Robert Masson, an assistant agricultural agent with the University of Arizona cooperative extension. Masson’s scientifically-oriented mind helps farmers diagnose and solve their problems.

Both Shill and Masson said that the seeds that farmers are buying for their hemp crop respond negatively to the climate. Some of the plants coming from the seed aren’t holding up well against the heat. Some of the seeds come from regions in the North and Northwest like Seattle, Oregon and Canada and are meant to grow in those environments.

Shill and Masson also said the seeds that most farmers are buying have been yielding crops with poor genetic uniformity, which means the crop has been producing a mixture of hemp plants that are both tall and short, thick and thin, high in THC and low in THC, which makes it hard for the farmers to control the overall crop and have a healthy yield.

“You pick up the phone and talk to the guys selling this seed, they don’t know a lot about what they’re selling,” Masson said. “The seeds aren’t well-regulated, and anyone can get a hold of it and say it’s good stuff. Most of the sellers just see an opportunity to make easy money.”

The demand for seed quickly outstripped the supply of seed when hemp growth was legalized, Masson said.

He sees a possible solution in using cloning rather than seeds. This process is used with fruit trees in which a mother plant is grown and branches are cut and replanted. This creates a harvest with perfect genetic uniformity because all the crops have the same origin.

Poor genetic uniformity ranks as the primary issue for both Shill and Masson when they look at the woes of Yuma’s hemp farmers, but a slew remain between here and perfection.

Legal problems abound for hemp farmers because the strict regulations on THC as a controlled substance. Hemp is defined as a cannabis plant but with a concentration of tetrahydrocannibinol, the psychoactive element of marijuana, that is less than than 0.3%. Federal law says that anything with a higher THC concentrate remains illegal.

Shill said he doesn’t understand why hemp has to test below .03% THC levels, and Masson said he agrees that that level is too low. To make it worse,Shill said, testers check the part of the plant that has the thickest concentration of THC.

He worries about the laws that could drive up costs including the possibility of a measure requiring everyone who works on a hemp field to pass a level 1 background check.

“To me that’s the worst idea I’ve heard so far,” Shill said. “Could you imagine the time it would take to take workers down to the police station and have each one of them give their fingerprints?”

“Border Patrol is a whole issue by itself,” Shill said. “The dog sees it as marijuana, and that’s all it takes to lose what you have.”

For Shill, education is the key to opening the way for hemp farmers to prosper.

“It takes some education,” he said. “People look at hemp and just see marijuana. Getting the community educated about the difference could make this whole thing a lot easier.”