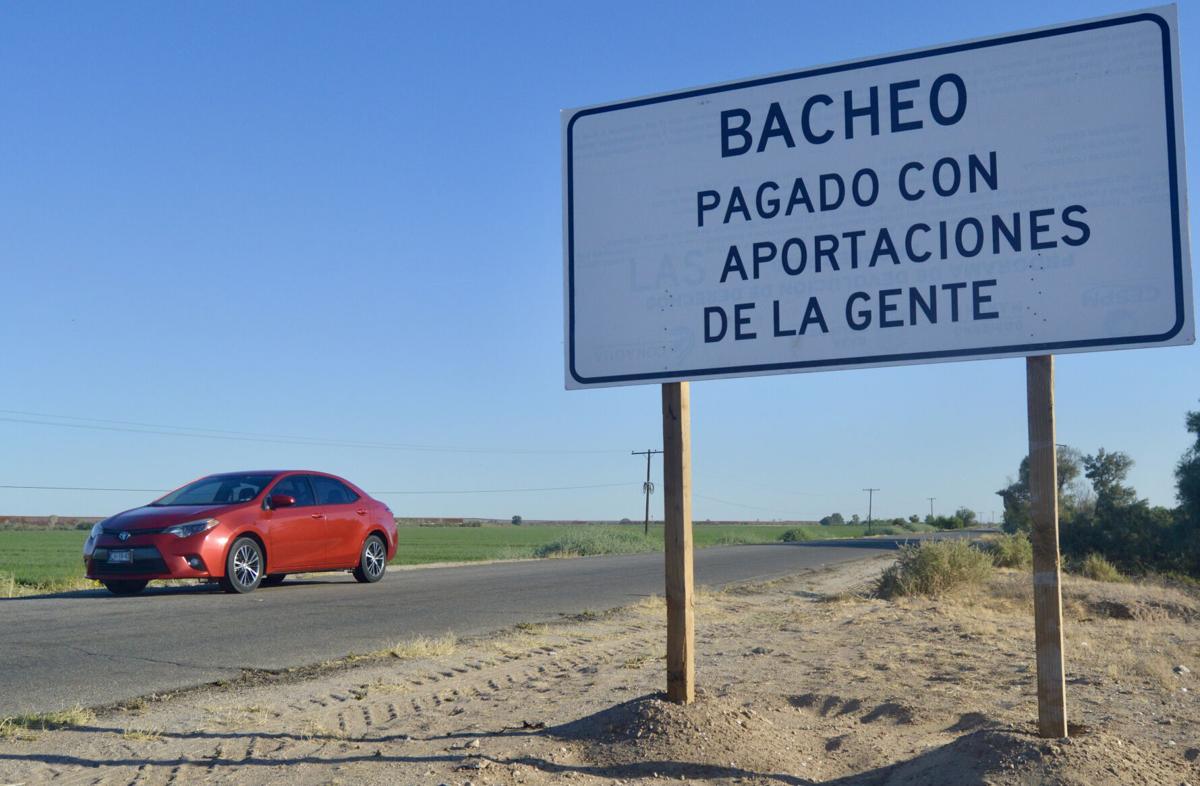 A sign along the road from Los Algodones to San Luis Rio Colorado makes clear that a recently pothole patching project was done by residents of the area and not the government. 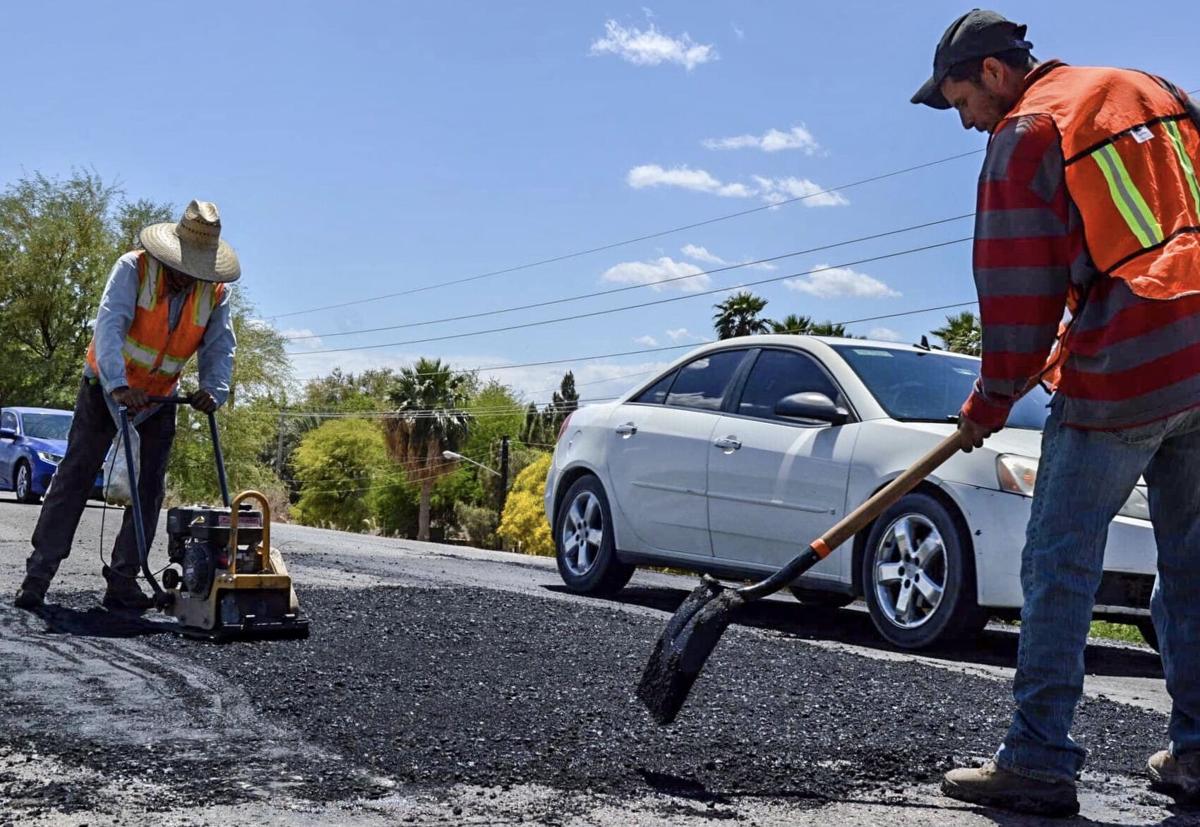 Asfaltos Industriales donated the labor of its employees to patch numerous potholes in the road from Los Algodones to San Luis Rio Colorado.

A sign along the road from Los Algodones to San Luis Rio Colorado makes clear that a recently pothole patching project was done by residents of the area and not the government.

Asfaltos Industriales donated the labor of its employees to patch numerous potholes in the road from Los Algodones to San Luis Rio Colorado.

LOS ALGODONES, Baja Calif. – When it came time to fix potholes – a lot of them – the people in this border town near Yuma didn’t wait for the government to do the work.

Residents, dentists, business owners and others pooled the equivalent of more than $6,500 and lined up free labor to patch up the nearly 20-mile road that links Algodones with San Luis Rio Colorado, Son.

The road extends south from Algodones over the top of a flood control dike along the now-dry Colorado River channel to Mexico’s Federal Highway 2, just west of San Luis Rio Colorado.

With the Mexican port of entry at San Luis Rio Colorado open fewer hours each day amid the pandemic, some residents of that city’s residents who commute to work in the Yuma area instead followed the road from Los Algodones to return home each night.

Yuma-area residents who venture south of the border may have had occasion to drive the route as well. If so, traveling over a road that has had infrequent maintenance in recent years might have come as a jarring experience.

“We couldn’t wait any longer or continue blaming the government for something that has affected us so much,” said Abelardo Norzagaray, a longtime Los Algodones resident who took part in the effort to fix the road.

“In truth, the people were very united” in the project, he said. “Even people who get around on bicycles supported us. The goodness of the people is huge. They know that the road serves all of us.”

Apart from making for a smoother ride, he said, the repairs were needed to improve safety on an elevated and already narrow road that extends over what once served as the bed for a rail line.

“The government has left abandoned most of the roads in valley,” said Francisco Navarrete, a Los Algodones resident who likewise took part in the repair effort.

“That road is heavily used by residents and visitors,” added Navarrete, who for many years served as president of the town’s tourism committee. “But it’s very narrow, and there’s no place to pull off to the side if it’s necessary. It was worse with so many potholes; now it’s more passable.”

Another key player in the project was Rafael Pelayo, who donated the time of the employees of his company, Asfaltos Industriales, to do the work of patching the holes.

The project was wrapped up May 19, just as electoral campaigns were progress in the area. Just so none of the political parties could take undue credit, those involved in the repair project posted signs along the road that state that “contributions from the people” paid for the fixes.

“This had its controversy,” said Norzagaray. “(Politicians) wanted to take credit for the work. It would have been good if they had helped, but that didn’t happen, and we wanted to make that clear.”

Navarrette said the project benefits not only those live in and visit Algodones, but residents who the nearby Baja communities of Ciudad Morelos, Pachuca and Lazaro Cardenas who use the same road to travel to San Luis Rio Colorado.

Norzagaray concedes that the patching work is only a temporary solution. The road, he said, “needs complete reconstruction – which was already asked of all the candidates. Let’s hope they do it once they get into government.”