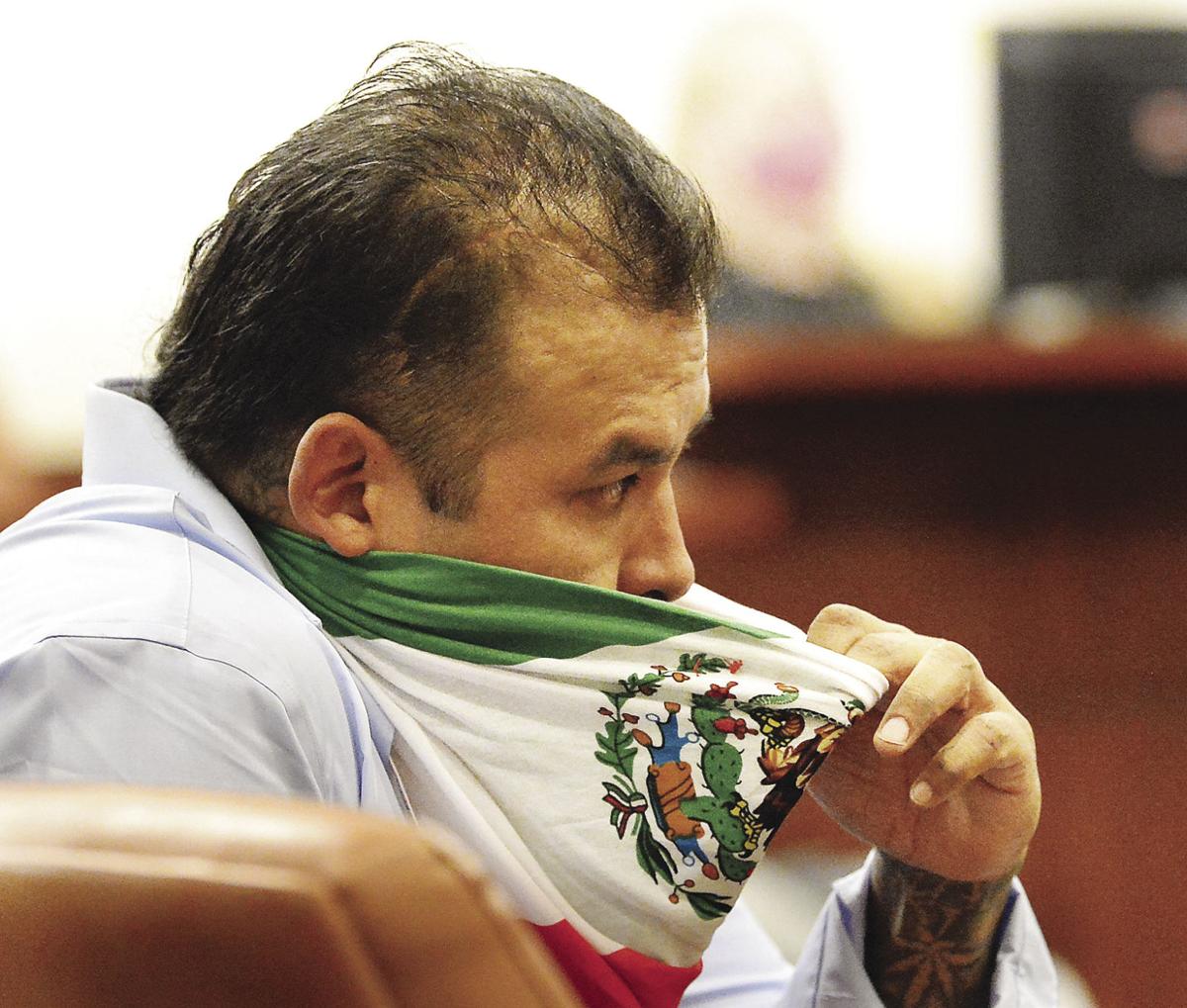 Frank Montoya pulls a bandana away from his face as he appears Friday afternoon before Justice of the Peace Gregory Stewart in Yuma Justice Court. 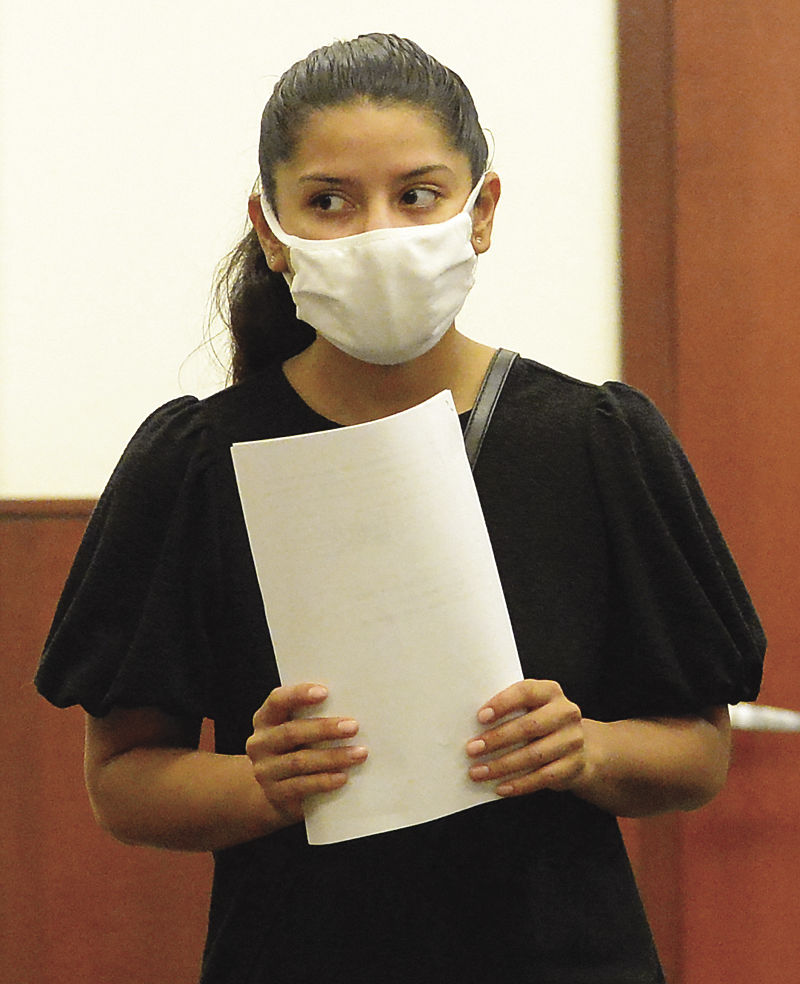 Frank Montoya pulls a bandana away from his face as he appears Friday afternoon before Justice of the Peace Gregory Stewart in Yuma Justice Court.

The 38-year-old man and 23-year-old woman accused of intentionally coughing on Walmart employees who would not let them inside the store after they refused to wear face masks were formally arraigned in Yuma Justice Court on Friday.

Appearing out of custody before Justice of the Peace Gregory Stewart in separate hearings, Frank Robert Montoya was told he was being charged with three felony offenses and two misdemeanors.

The felony charges were two counts of aggravated assault and one count of resisting arrest, while the misdemeanors were assault and trespassing.

Montoya was also late to his court hearing, and when asked to provide a reason as to why, replied that he had recently sustained a concussion and was suffering from short-term memory loss.

He also lowered his mask several times during the hearing and had to be told each time by the bailiff to place it back over his face.

Victoria Alexis Parra-Carranza was informed during her appearance that she had been charged with aggravated assault, resisting arrest, hindering prosecution and a misdemeanor offense of trespassing.

Attorney Bill Fox of the Yuma County Legal Defender’s Office, who stood in on Parra-Carranza’s behalf only for the purpose of the hearing, asked that the no-contact order against his client be lifted.

Fox explained that she and Montoya reside together and while both of their names are on the lease, it is her residence and that she would like to be allowed to return to it.

Judge Stewart, however, denied the request, saying he would need more information about the situation before making a decision.

Both Montoya and Parra-Carranza said they intended to hire their own attorneys. Judge Stewart also scheduled both of their next court appearances for 4 p.m. on July 28 for preliminary hearings.

According to Yuma Police, the incident happened at approximately 10:51 a.m. on Wednesday at the Walmart store located at the intersection of Avenue B and 24th Street, with officers responding to a report of disorderly conduct.

It was reported that Montoya and Parra-carranza were refusing to wear masks and started coughing on store employees who asked them to leave.

Upon arrival, an officer attempted to speak with Montoya and Parra-Carranza in order to give them an official trespass notice, but they refused to comply and attempted to leave.

While attempting to detain Montoya, police said he became confrontational and began arguing with the officer before trying to flee the area on foot. After a short chase, officers caught Montoya.

While they were placing him under arrest, Parra-Carranza allegedly came up to the scene, which was still in the Walmart parking lot, and was trying to interfere.

She too then allegedly began fighting with officers and was taken into custody.