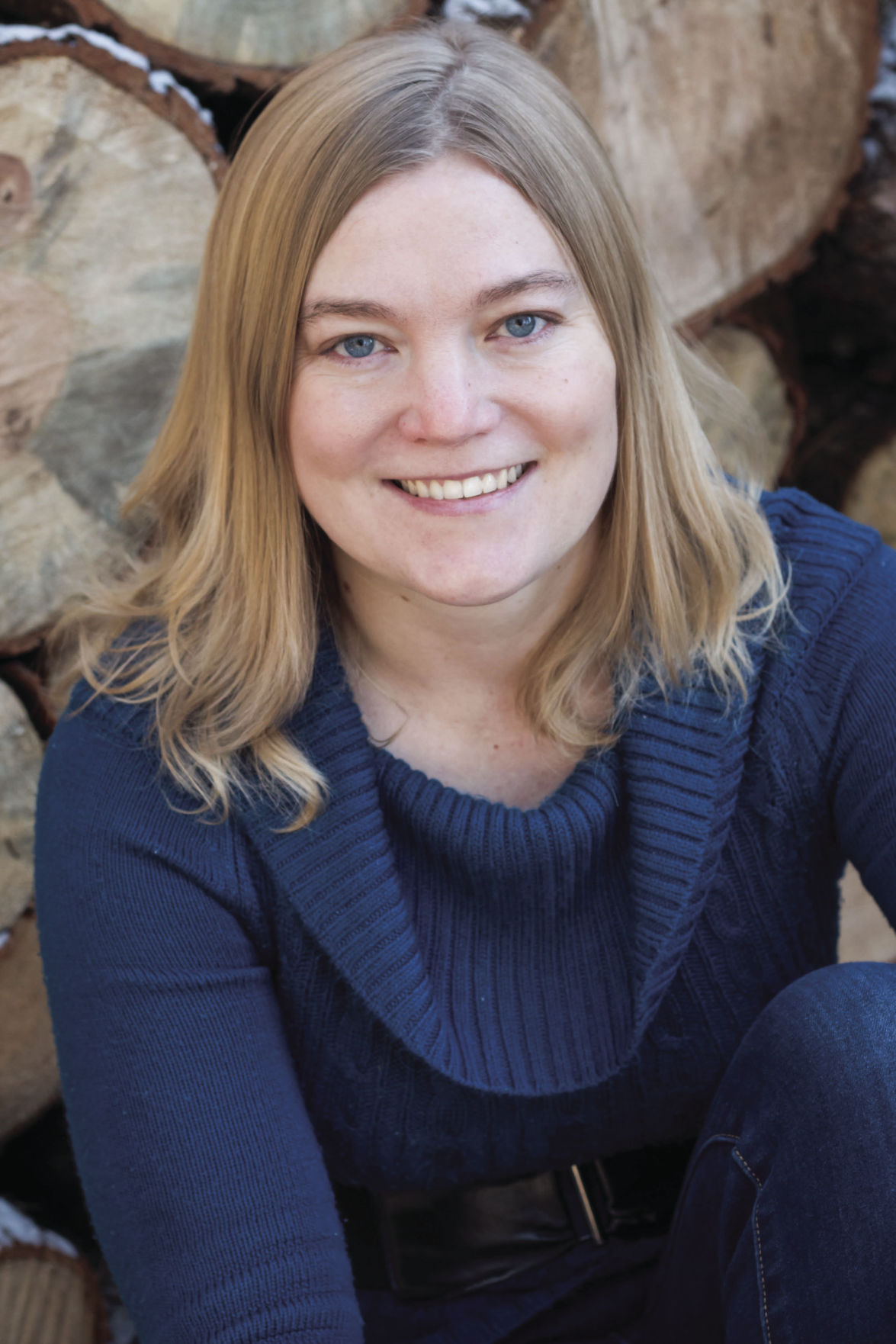 Author Melissa L. Sevigny said that her book “Mythical River: Chasing the Mirage of New Water in the American Southwest” sprang from her childhood in Tucson. 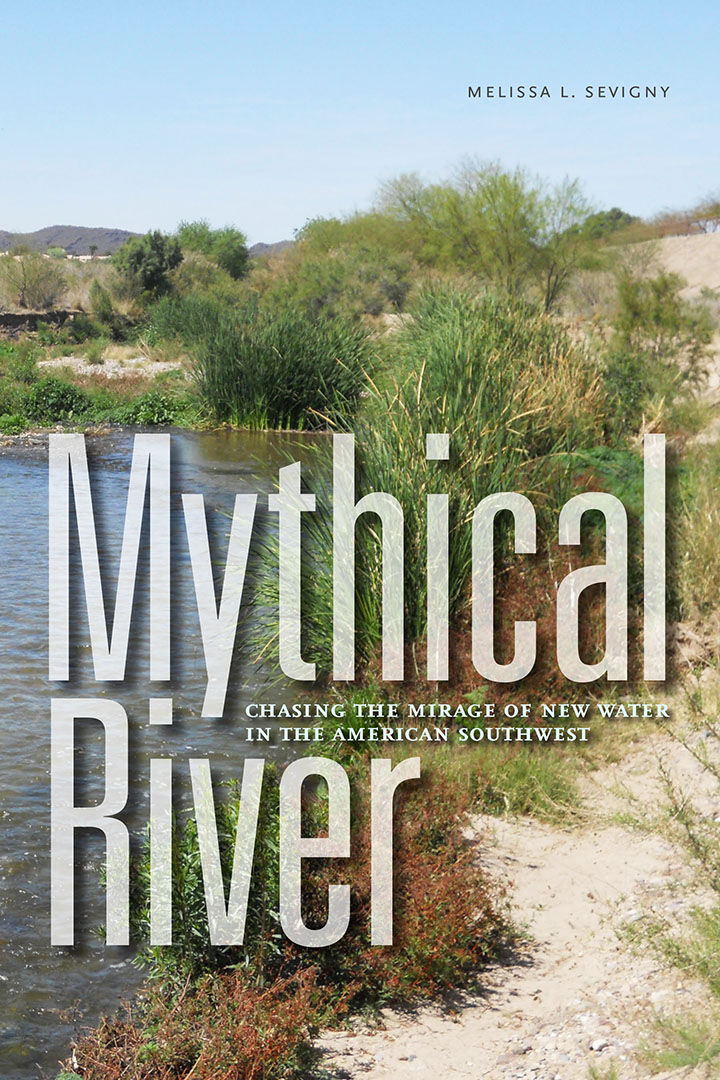 Author Melissa L. Sevigny said “Mythical River: Chasing the Mirage of New Water in the American Southwest” sprang from her childhood in Tucson.

Author Melissa L. Sevigny said that her book “Mythical River: Chasing the Mirage of New Water in the American Southwest” sprang from her childhood in Tucson.

Author Melissa L. Sevigny said “Mythical River: Chasing the Mirage of New Water in the American Southwest” sprang from her childhood in Tucson.

The annual One Book Yuma program is kicking off again, this year inviting residents into a narrative tying the search for a nonexistent river in the American West to today’s damming and delivering of Colorado River water for consumption.

Author Melissa L. Sevigny said “Mythical River: Chasing the Mirage of New Water in the American Southwest” sprang from her childhood in Tucson made possible by the the distant Colorado, and later on learning about the Buenaventura River.

Spanish explorers believed this mighty river ran from the Great Salt Lake region in Utah across the desert to the Pacific Ocean, meeting it somewhere around San Francisco, The idea persisted for centuries in the absence of any real evidence, Sevigny said.

“Of course there’s no river there, and we know that, but the story was so powerful that this river actually showed up on maps for three-quarters of a century,” she said.

“I heard that, and thought that was the perfect metaphor for how we handle water in the West, which is that if it doesn’t exist, we just invent it, we just engineer it into existence. And so we’re living in this sort of mirage as if we live in a place that’s full of water when we actually live in a desert.”

After carrying that germ of a book idea for years, Sevigny was able to write it while earning a master in fine arts degree from the University of Iowa. It was published by the University of Iowa Press in 2016, and today she works as a science reporter for the Arizona Public Radio station in Flagstaff, KNAU.

She said it was easy for her to find parallels between the mythical and real rivers. “A real obvious one for me is the Central Arizona Project. It’s sort of literally a mythical river that flows uphill across the desert, in an area where there isn’t supposed to be water there, and we sort of engineered this water into existence.

"Since I grew up in Tucson, I grew up drinking this water that came from 300 miles away. I was just kind of curious, what does it mean to have your water come from far away? Is that an ethical way to live in a desert?"

She concluded that it isn't necessarily ethical, as the transport of this vital resource from one place to another usually has consequences, for the people and environment where the water came from, or for someplace else another hundreds of miles away.

CAP’s a good example for Arizona, where we’re powering all that water uphill, with coal currently, and that’s about to change. And that creates its own ethical dilemmas, with the economic hit to the Navajo Nation. "It’s a huge, messy, complicated issue, any time you move water around you create those kinds of issues," she said, referring to the impending closure of the Navajo Generating Station.

The power plant is partially owned by the Bureau of Reclamation and provides hundreds of jobs for residents of the Navajo and Hopi reservations. Salt River Project, which provides power and water to customers in the Phoenix area, is the majority owner and made the decision to shut it down in 2019.

Sevigny said desert residents throughout the Southwest with reliable water service have tended to take it for granted. "I guess we really just need to know where that water is coming from, and who’s paying for it," she said.

The One Book Yuma program's primary sponsor is the Yuma County Library District, which has obtained "dozens" of copies of Sevigny's book for patrons to check out, Information Librarian Rebecca Brendel said.

The One Book Yuma title usually has some kind of tie to or local interest for Yumans, who are encouraged to read the title before the author comes to town in the spring for appearances at the main county library branch and Arizona Western College. Sevigny's are set for March 21, at 1 p.m. for AWC and 6 p.m. for the library.

“Since this is a very different kind of book with a very different audience, I’m excited to see who will come out for this. I’m hoping we get a lot more students, especially since we’re also switching the times so the speech at the university is earlier in the day, so it will be easier for teachers to bring their classes."

Brendel said no events before those appearances are currently planned, but any library book clubs which decide to use that book will be posted on the library website.

Sevigny said this is the first time one of her books (the other is "Under Desert Skies: How Tucson mapped the way to the moon and planets") has been selected for a large-scale book club, and "I’m super excited it’s in Yuma, because I’ve given a talk there before and it was the best audience I’ve ever had, because people were so engaged, so interested, so educated about water, and I think it’s because people see the Colorado River, it’s right there, it’s a river community, and people are engaged with these issues."

Her book does present some possible alternatives to the massive water delivery systems the desert Southwest is dependent on, using local sources including the infrequent rain and reusing "greywater" from washing machines, dishwashers, sinks and other sources. Toilets and water used to wash diapers are excluded.

She said many Arizonans who are active readers might look at her work and groan, "Ugh, not another water book," but she tries to make the necessary data and scientific concepts as readable as possible.

"I hope that angle resonates with people," she said. "I’m not trying to overload you with information, I’m trying to tell stories about how people think about water in this region, and a lot of it’s my own personal story."

Besides the library checkouts, "Mythical River" is also available for purchase from the University of Iowa Press, Amazon, Barnes and Noble Booksellers and the AWC campus bookstore. For more information, call the library at (928) 782-1871.