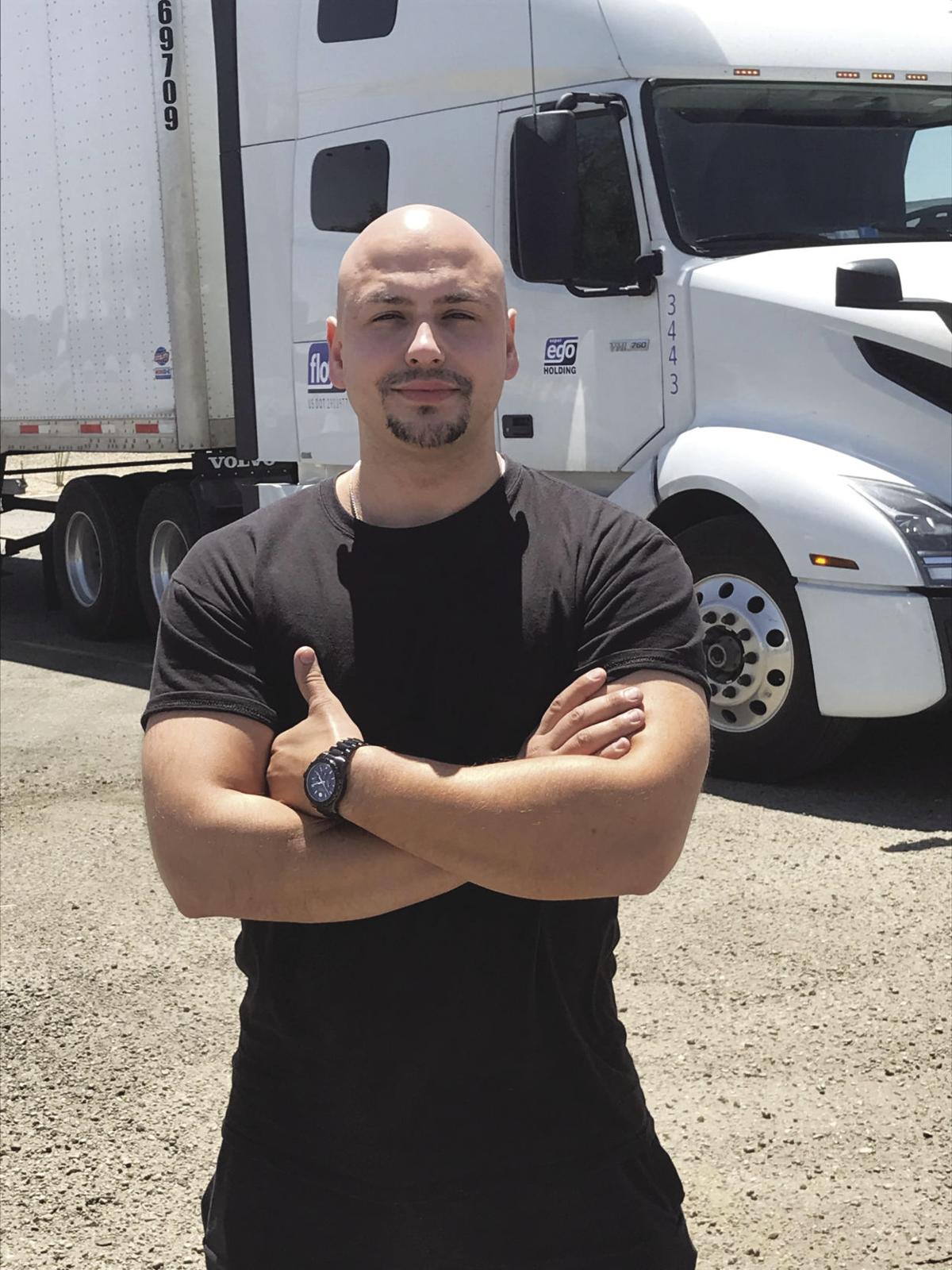 Truck driver Darko Strbac  was one of the first people on the scene of the crash and helped pull Swick and the other driver from their vehicles.

Truck driver Darko Strbac  was one of the first people on the scene of the crash and helped pull Swick and the other driver from their vehicles.

A Yuma Proving Ground firefighter is in critical condition after a wrong-way driver crashed into his vehicle early Sunday morning on Interstate 8.

Andrew Swick lives in Dewey in the Prescott Valley, and commutes to YPG for his shifts. He was on his way to work just before 6:30 a.m. when the accident happened.

“Right now (Swick) is in a Phoenix-area hospital in critical condition with some pretty significant injuries,” YPG Fire Department Chief Gerald Ball said. “We are extremely hopeful of his recovery and eventual return to duty,” but noted that thoughts and prayers from the community would be appreciated.

A GoFundMe page has also been established for Swick, who is married and a father to two young girls, in the hopes of covering the cost of medical bills and other family expenses.

“He has been with the department for just over a year,” Ball said. “He and his wife were in the process of buying a house so they could relocate their family to Yuma.”

The wrong-way driver, identified by the Arizona Department of Public Safety as Arturo Canales, 41, of Phoenix, collided with Swick’s white Kia in the westbound lanes of Interstate 8 at milepost 58. Canales did not survive.

Truck driver Darko Strbac, who was on his way back home to San Diego, was one of the first people on scene.

“At first I thought everything was OK and started to record a video. I stopped when I saw the door to the Kia was open and someone was still inside,” Strbac said. “That is when I grabbed my fire extinguisher and got out of my truck. I was thinking there were more people who were trapped and needed help.”

Strbac said he ran over to Swick’s Kia, where two people had already started to pull him out of the vehicle through the driver side door.

“One guy took his left arm and the other guy his right arm,” Strbac said. “I was thinking about grabbing his legs, but I could see he was really hurt and I didn’t want to cause any more injuries.”

The two men carried Swick a safe distance away from the car and placed him on the ground, where a woman put a pile of clothes under his head and talked to him to keep him awake.

Thinking everybody was now safe, Strbac said he and the others stayed on scene while waiting for first responders to arrive.

However, another lady yelled that there was still someone inside the other vehicle.

‘I was shocked! I was like no way. Everything was happening so fast,” Strbac said. “The car was burning already and the fire was big.”

Strbac said he immediately rushed over to the black sedan, but couldn’t get into the car from the driver’s side because of the flames and smoke coming from the white Kia.

He then went around to the passenger side and used his fire extinguisher to break the window.

“There was a small fire under the steering wheel and flames coming through the windshield, so I used my fire extinguisher until it ran out,” Strbac said. “The guy inside didn’t have a seatbelt on so I tried pulling him out by myself, but couldn’t.”

Another man came over and said the vehicle was going to explode and they needed to get away from it, so they both began to run.

“My heart was hurting me, leaving a guy inside. The worst thing was I didn’t know if he was dead or unconscious,” Strbac said. “I would have had nightmares leaving him.”

Thinking first-responders wouldn’t make it in time to save the man, Strbac decided he had to get him out and ran back over to the car.

Once back at the car, Strbac yelled to the other man to come help him, which he did, and together they pulled the driver out through the passenger side window .

“Seconds later, while we were dragging him away from the car, the inside of it was suddenly engulfed in flames,” Strbac said.

While other people may consider him a hero, Strbac says he is not. He added that he just wishes everyone would have survived the crash.

“I did what I could. I still can’t believe it all happened.” Strbac said. “At least I saved a body for a family. Hopefully it is something they will appreciate.”

Swick was airlifted from the scene and was flown to a hospital in Goodyear with serious injuries.

According to the GoFundMe page, Swick will need several surgeries as he recovers and donations will go toward covering those costs and other related medical expenses.

Donations can be made at www.gofundme.com/f/a-swick-recovery-fund.