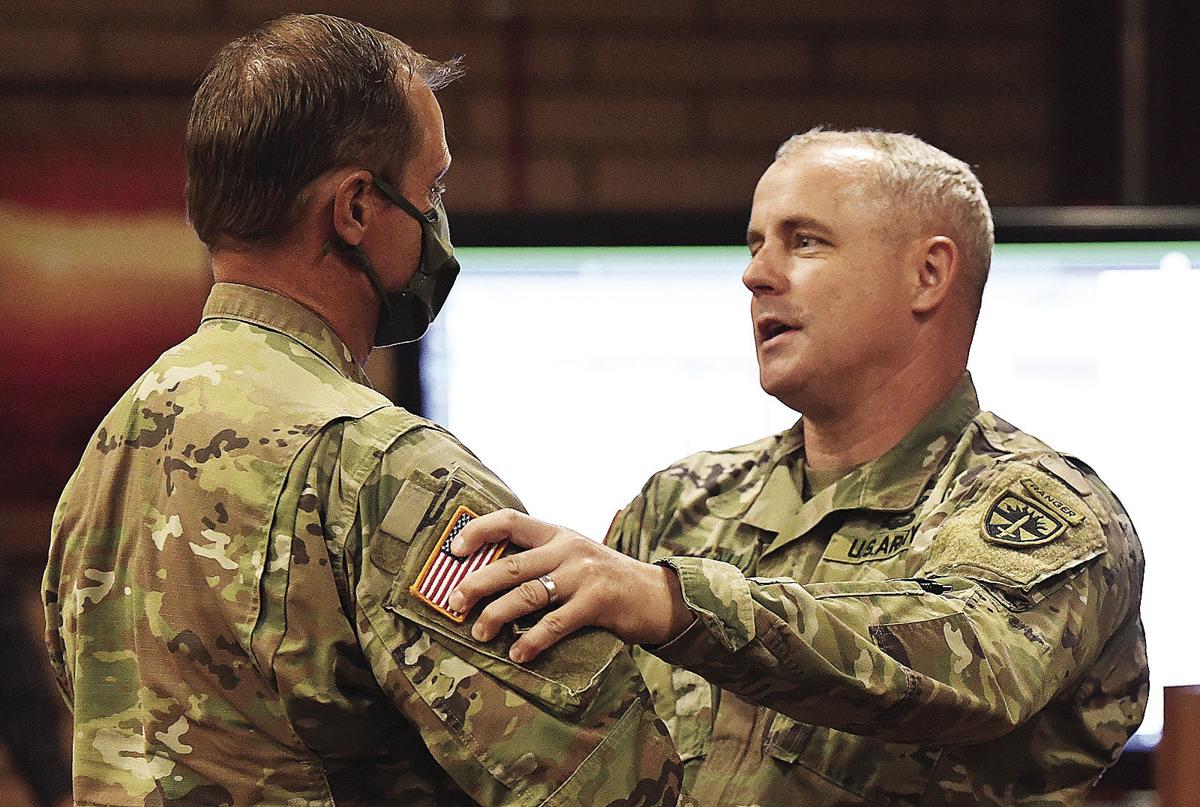 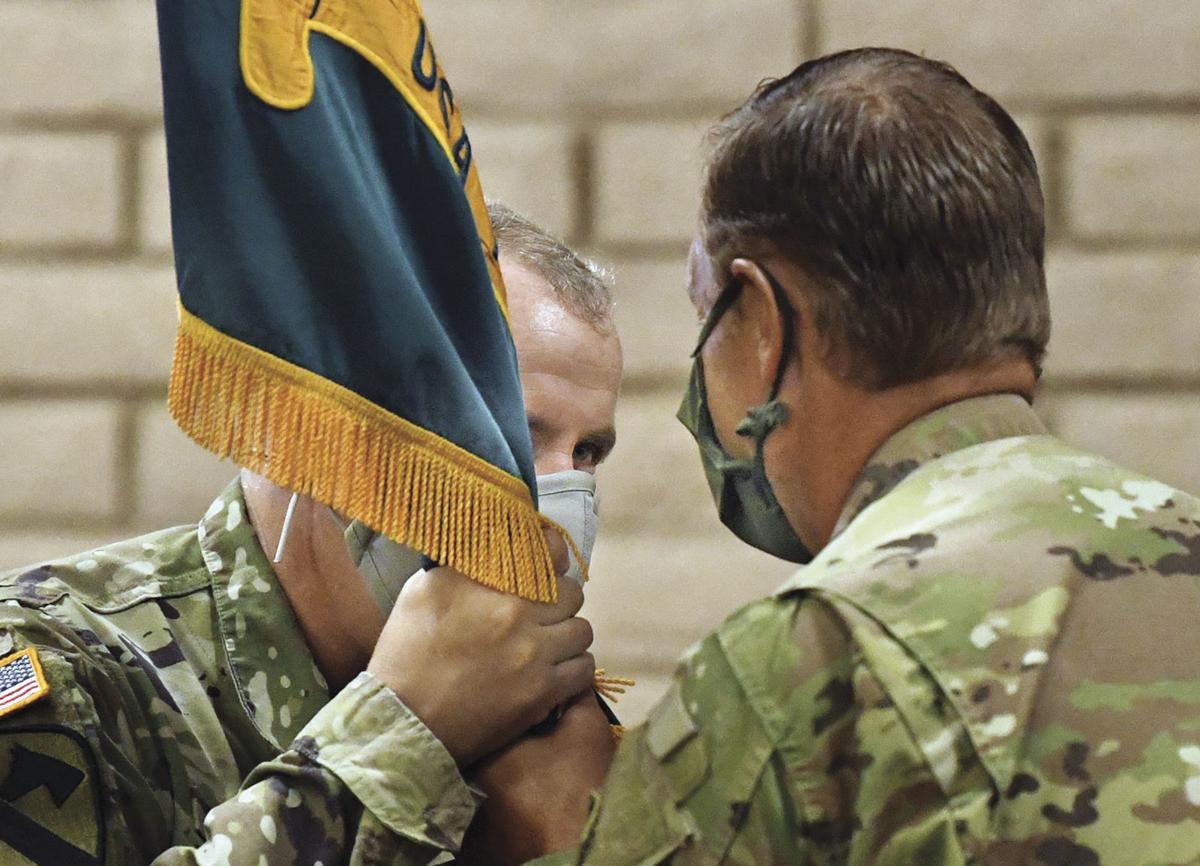 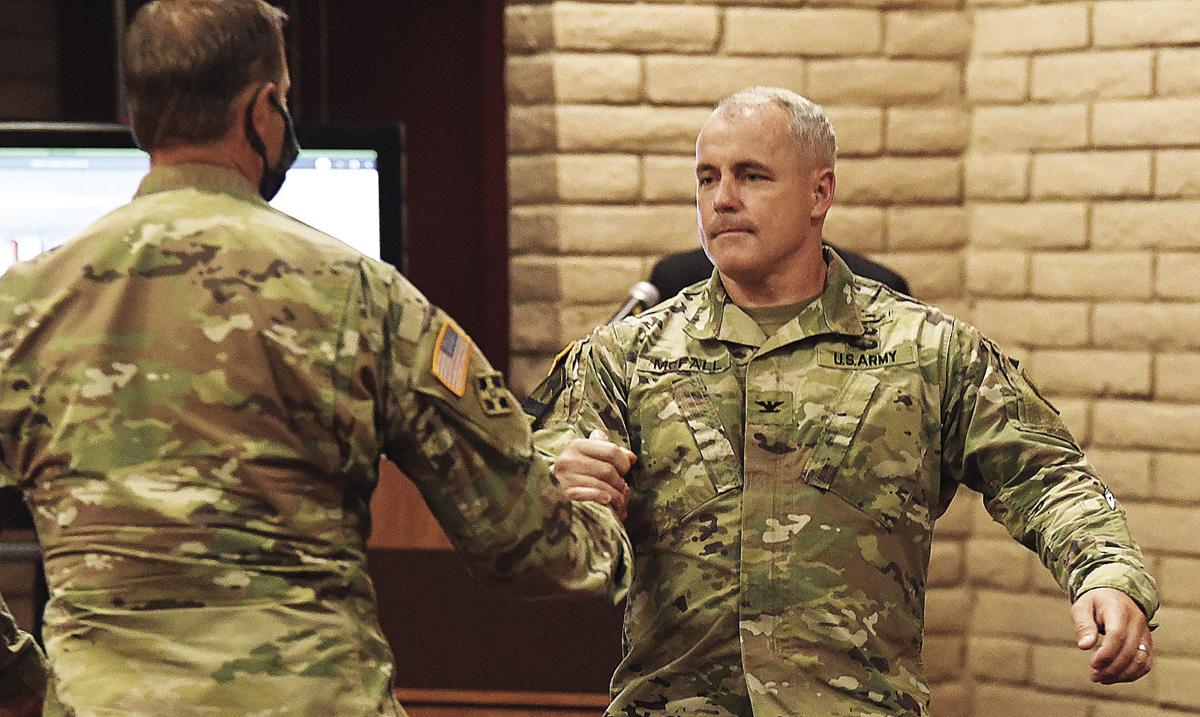 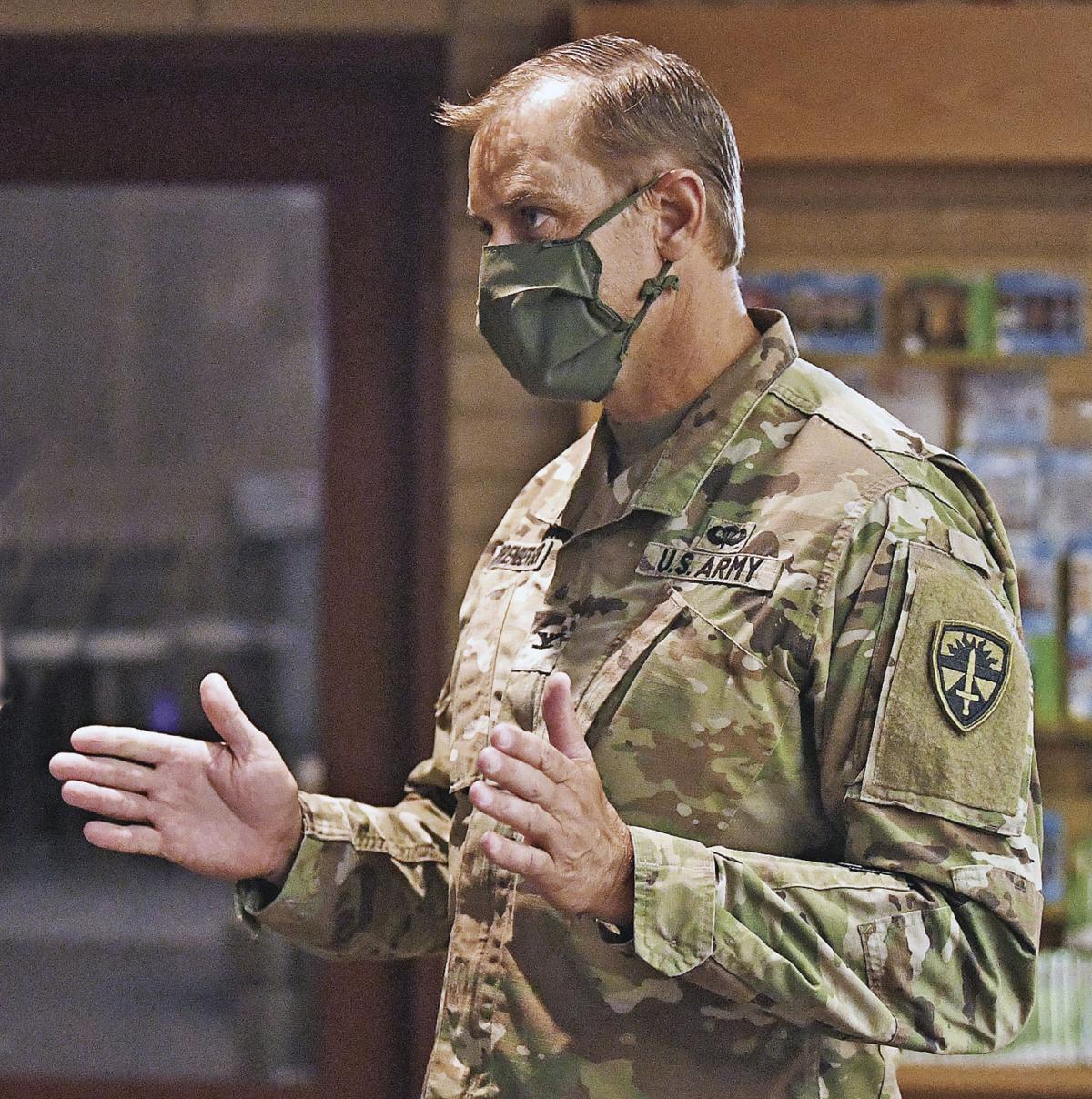 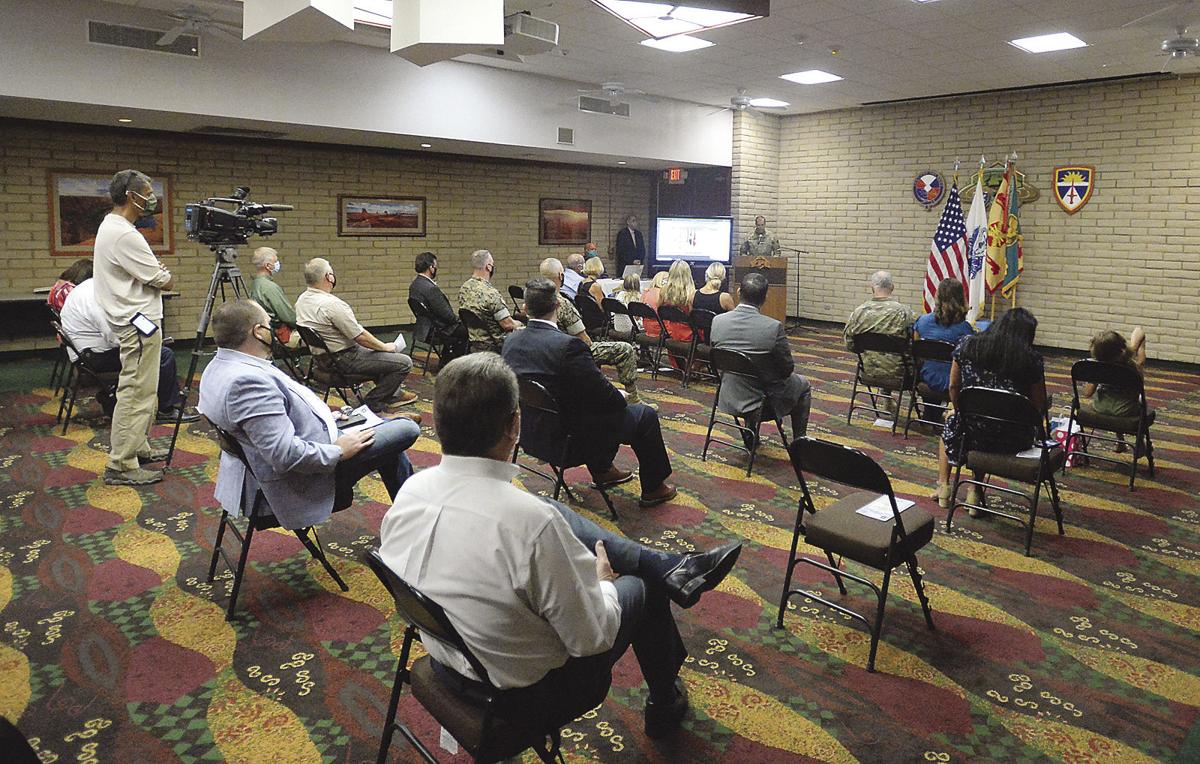 Because of the COVID-19 pandemic, Wednesday's Change of Command ceremony at U.S. Army Yuma Proving Ground went on without the traditional pomp and circumstance afforded such an event, and was instead moved inside the Palm Garden Conference Room at YPG. Also, a limited number of guests were allowed to attend.

Because of the COVID-19 pandemic, Wednesday's Change of Command ceremony at U.S. Army Yuma Proving Ground went on without the traditional pomp and circumstance afforded such an event, and was instead moved inside the Palm Garden Conference Room at YPG. Also, a limited number of guests were allowed to attend.

Yuma Proving Ground is now under new leadership after a change of command ceremony on Wednesday –minus the traditional military fanfare typically featured.

Col. Ben “ Patrick” McFall III, took command of YPG from Col. Ross Poppenberger during a small ceremony inside the Palm Garden conference room, which is located in the YPG library.

“I’ve really enjoyed my time here, working with the community and the folks here, who are phenomenal,” Poppenberger said. “It has been an honor and a pleasure to serve here and I couldn’t think of a better place to end my military career.”

Because large gatherings have been banned due to the ongoing coronavirus pandemic, the ceremony at YPG was live-streamed on social media.

Major Gen. Joel K Tyler, commander of the U.S. Army’s Test and Evaluation Center at the Aberdeen Proving Ground, presided over it.

Poppenberger took the helm as YPG’s commander in June of 2017, during a time in which the U.S. Army shifted its focus from readiness to modernization.

Under his command, YPG was at the center of those modernization efforts by testing and developing field artillery systems capable of accurately striking targets more than twice as far away as currently-fielded 155mm howitzer shells can.

Throughout his command, Poppenberger also received accolades for his support of public outreach efforts, which included such unprecedented events as the YPG 75th anniversary and YPG 2020 open houses, the latter of which drew 22,000 people to the installation.

He was also directly involved in getting the state to allocate $28 million to begin a long-needed expansion of Highway 95, YPG’s major traffic artery, to four lanes.

After a 31-year career, Poppenburger is retiring and has taken a job in Yuma.

When asked what advice he would give to McFall, Poppenberger said that he left a handwritten note on his desk for him of three very important things, which were:

He also told McFall in his remarks during the ceremony that there is no doubt in his mind that the U.S. has the best military equipment in the world, and that it is in large part to the work being done at YPG.

“This group of people here are second to none, make no mistake about it,” Poppenberger said. “You are going to love it here and do great things.”

McFall comes to YPG from the Army War College in Carlisle, Pa.

“This is a big day for me. I can’t speak to how honored and excited I am to have this opportunity,” Col. McFall said. “I feel very blessed.”

McFall, who arrived at YPG several weeks ago, has been touring the installation and had this to say:

“The workforce is a professional workforce and I’m awestruck,” he said. “The facilities are top-notch and I was impressed in what I saw.”