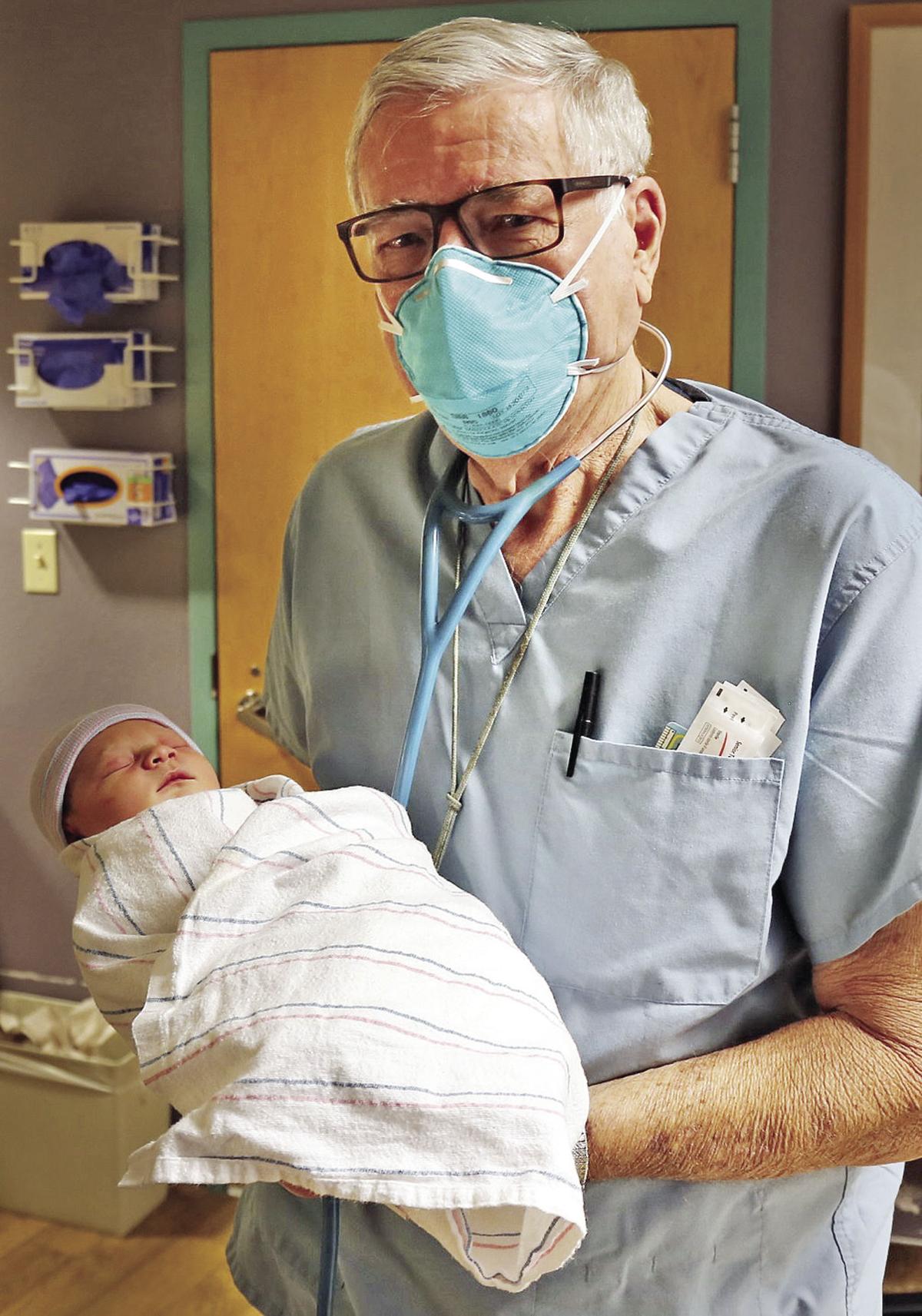 “Since I was the only pediatrician in town, I was taking care of a lot of sick kids. ... At first, if I wasn’t in town, there was no one to take care of the babies.” said Dr. Robert Cannell, who is retiring after 50 years. 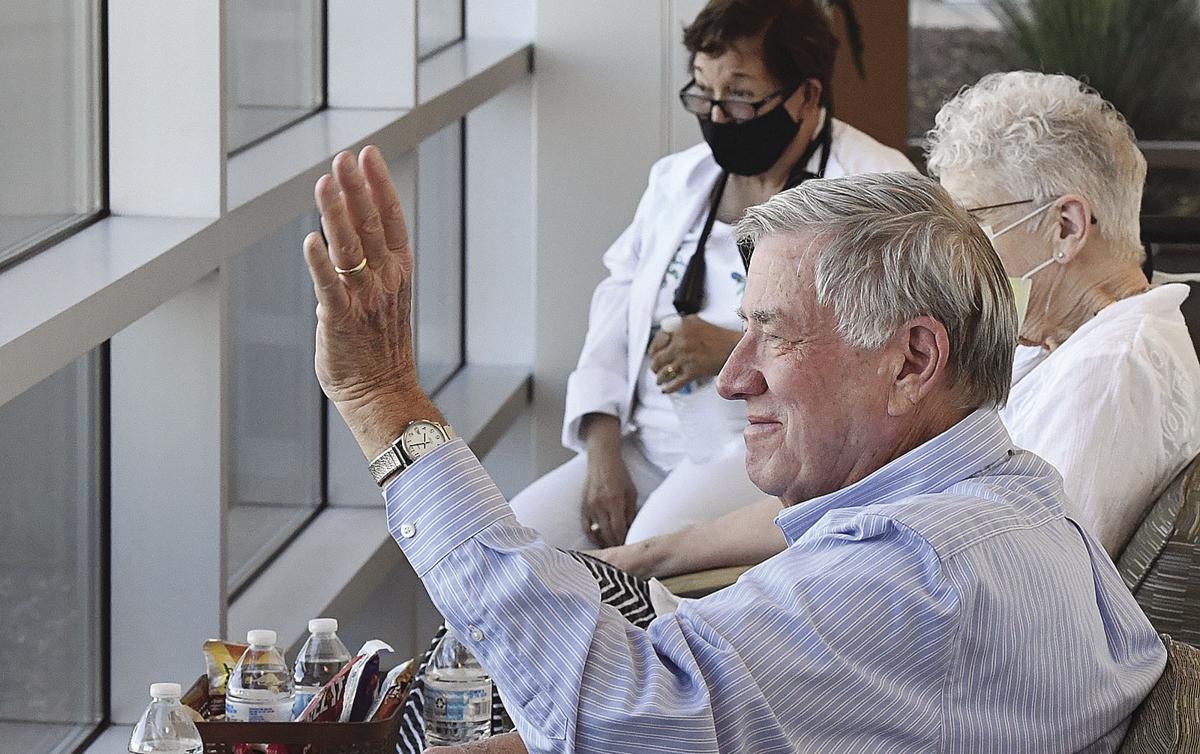 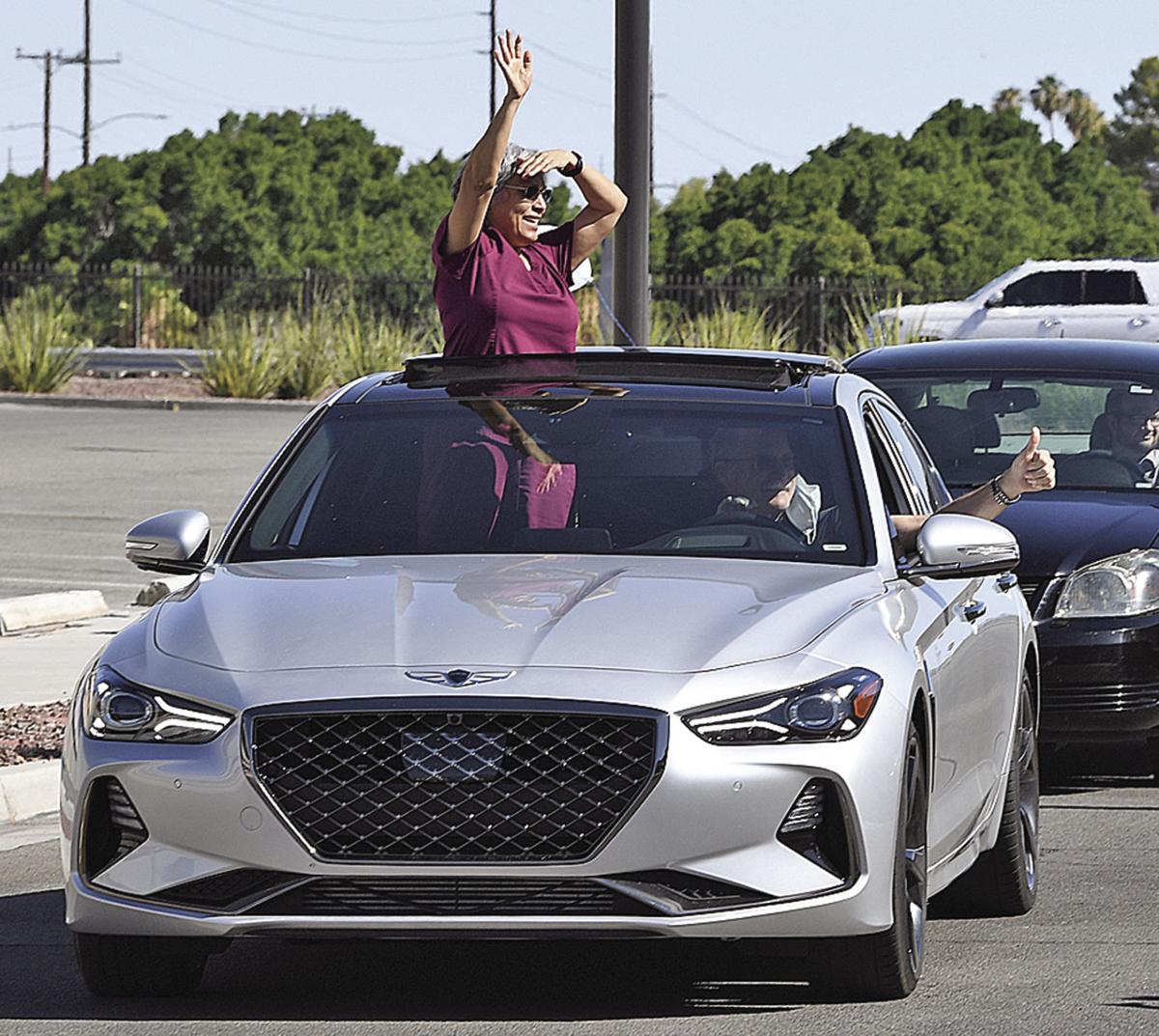 Participants in the June 26 drive-by appreciation parade for retiring pediatrician Dr. Robert Cannell wave flash a thumbs-up to the doctor who was watching from inside the Yuma Regional Medical Center Administration Office.

“Since I was the only pediatrician in town, I was taking care of a lot of sick kids. ... At first, if I wasn’t in town, there was no one to take care of the babies.” said Dr. Robert Cannell, who is retiring after 50 years.

Participants in the June 26 drive-by appreciation parade for retiring pediatrician Dr. Robert Cannell wave flash a thumbs-up to the doctor who was watching from inside the Yuma Regional Medical Center Administration Office.

Families of Yuma lost a dear friend Wednesday with the sudden passing of Dr. Robert Cannell. After having recently retired from an incredible half century serving as Yuma’s very first full-time pediatrician, Dr. Cannell passed away here at YRMC in the care of his colleagues who held the veteran physician in tremendous esteem.

YRMC mourns the loss of a true pillar of Yuma’s medical community.

Dr. Robert Trenschel, our President and CEO lauded his elder colleague as being a true “medical statesman.”

“Dr. Cannell touched thousands of lives in a positive way, not only in our community, but the state of Arizona and beyond. He will be greatly missed,” Dr. Trenschel said.

Dr. Cannell retired from YRMC this past June. He is survived by a loving family: His wife, Leslie, and children Catherine, Jonathan and Christopher.

Dr. Bharat Magu, Chief Medical Officer, said “a tragedy of this magnitude has a huge impact on our medical staff and community. This loss has affected so many of us on a personal and professional level.”

Dr. Cannell stepped in to serve as the Chief Medical Officer prior to Dr. Magu assuming the position. “He took the time to mentor me for this role. His contributions to improve the health and well-being of the Yuma community go well beyond the care of our young ones. Dr. Cannell has touched countless lives through many generations in this community,” said Dr. Magu. “He will be dearly missed. Our hearts and prayers go out to his family and loved ones.”

When Dr. Cannell began practicing in this community 50 years ago, he wasn’t just the only pediatrician in Yuma. He was also the very first. “Since I was the only pediatrician in town, I was taking care of a lot of sick kids. I had to get a partner before I could even leave town for vacation,” he said during an earlier interview with YRMC Community Relations. “At first, if I wasn’t in town, there was no one to take care of the babies.”

The veteran pediatrician certainly was not complaining: “I have always felt like I have been exactly where I was meant to be.”

That connection to his calling and dedication to the little ones he cares for explains why Dr. Cannell has only struggled with one aspect of his career – successfully retiring.

As the doctor stood at the half century mark of his career, YRMC itself celebrated a service record last year that’s just a decade longer than Cannell’s.

“I’ve spent most of my life at this hospital. YRMC has always been supportive, extremely helpful along the way between the board and the staff in general,” he lauded. “I am very proud of our hospital. YRMC really has grown to have great facilities. Things have come a long way since those early days.”

Prior to becoming a pediatrician, Cannell served as a Naval medical officer at Marine Corps Air Station Yuma. He also consulted at Parkview Baptist Hospital, the predecessor to YRMC, beginning in 1969.

After graduating from the University of Arizona and becoming board certified, Cannell began practicing as Yuma’s first full-time pediatrician in 1972.

“There would be nights in a row where I wouldn’t sleep,” he recalled. “My wife was tougher than nails and she got me through it.”

He ran his own practice until 2002 and then worked for Yuma Pediatrics, which later partnered with YRMC Pediatrics.

Although countless Yuma County residents know and love Cannell in his pediatrician role, he is also well-known and respected for his contributions as a lawmaker. Beginning in 2000, he served for six years in the Arizona House, then the Arizona Senate.

During that June interview, Dr. Cannell said he was absolutely certain about what he would miss most in retirement.

“Oh boy, I am going to miss the kids. It’s a real upper working here because of them. I just love working with the babies. They are cool little things – so full of potential,” he said.

Dr. Cannell always knew that his assignment in life was to care for kids. The right place to carry out that work was also been clear all along to the gentle doctor’s heart. For him, Yuma was always the place to live, work, grow – and share.

“I would rather make a difference,” the he said. “I could have practiced in Phoenix, but I never would have made a difference there – not like here. I also haven’t traveled all over the world or gotten excellent at golf. That isn’t what I chose to do. What I do is take care of patients. That’s wat I trained to do…and it’s been my privilege.”

Dr. Trenschel stressed Wednesday that while Dr. Cannell is gone, he certainly leaves behind a long-lasting legacy and the eternal gratitude of countless families touched during his many years of caring. Dr. Trenschel also remarked that he knows his late colleague was certainly greeted with the warmest of welcomes when he entered eternal life this week.

“While we weep at the loss of this great man and physician,” Dr. Trenschel said, “we take comfort in our belief that he is in heaven and thoughtfully caring for children just as he always has.”