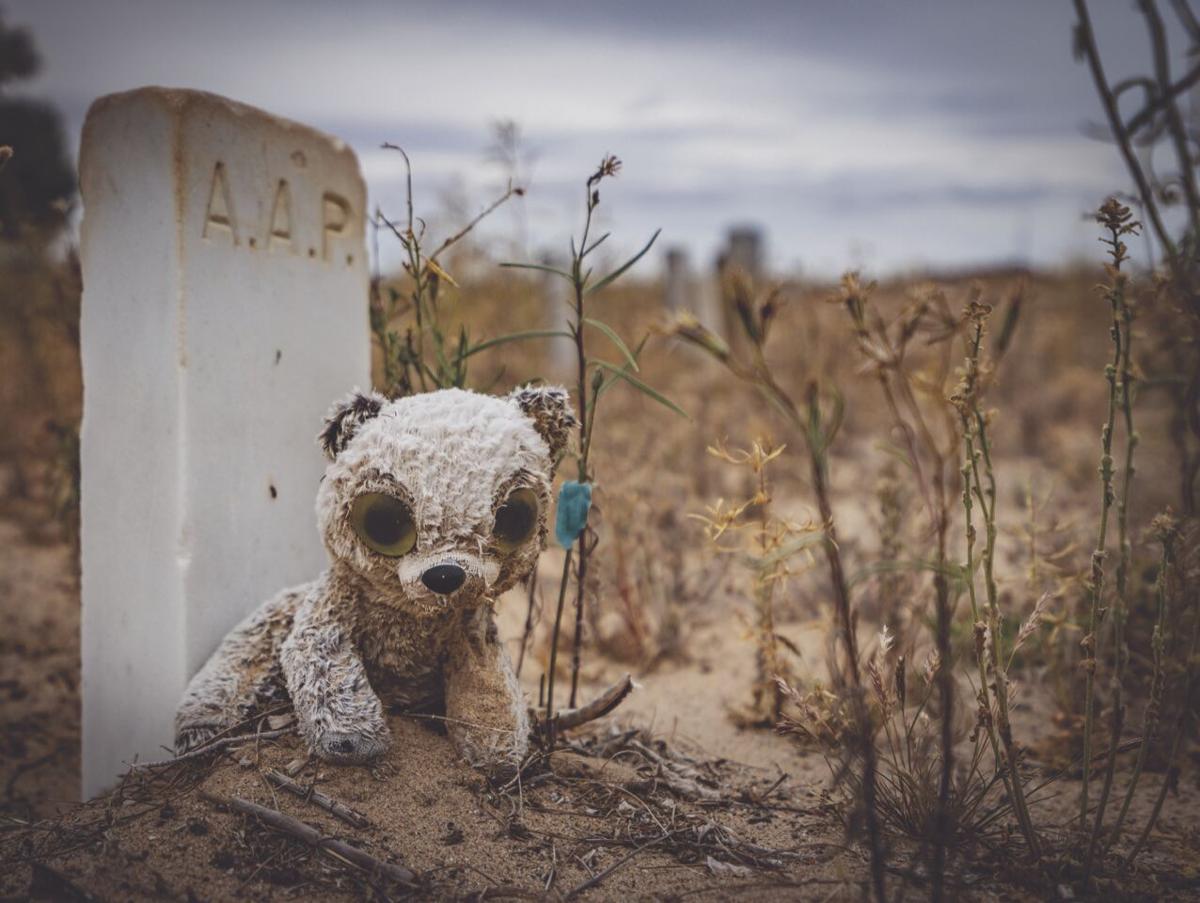 This photograph of the children’s section in the Yuma Pioneer Cemetery is included in “Graveyards of the Wild West,” set for release in August.

A scenic photo by Susan Tatterson that appears in "Graveyards of the Wlld West." 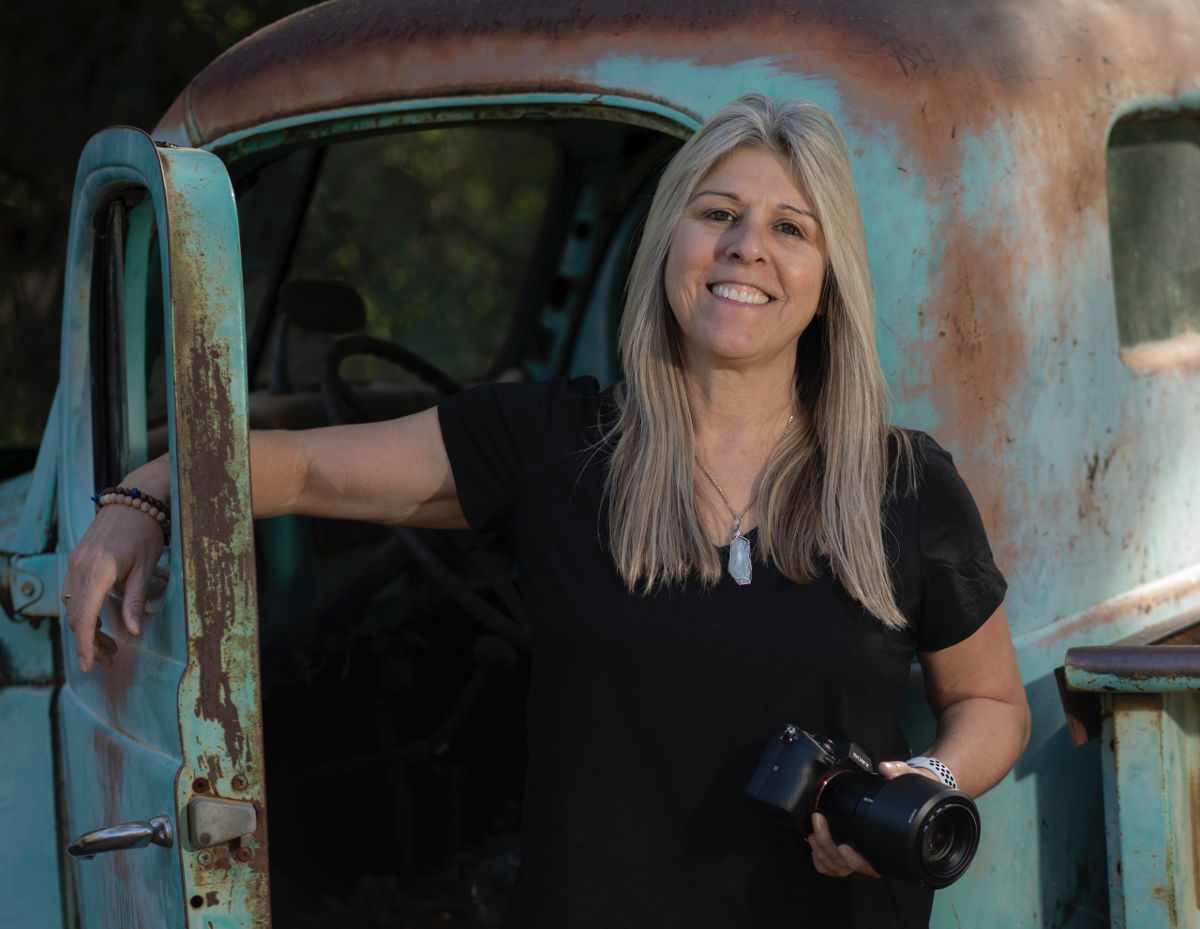 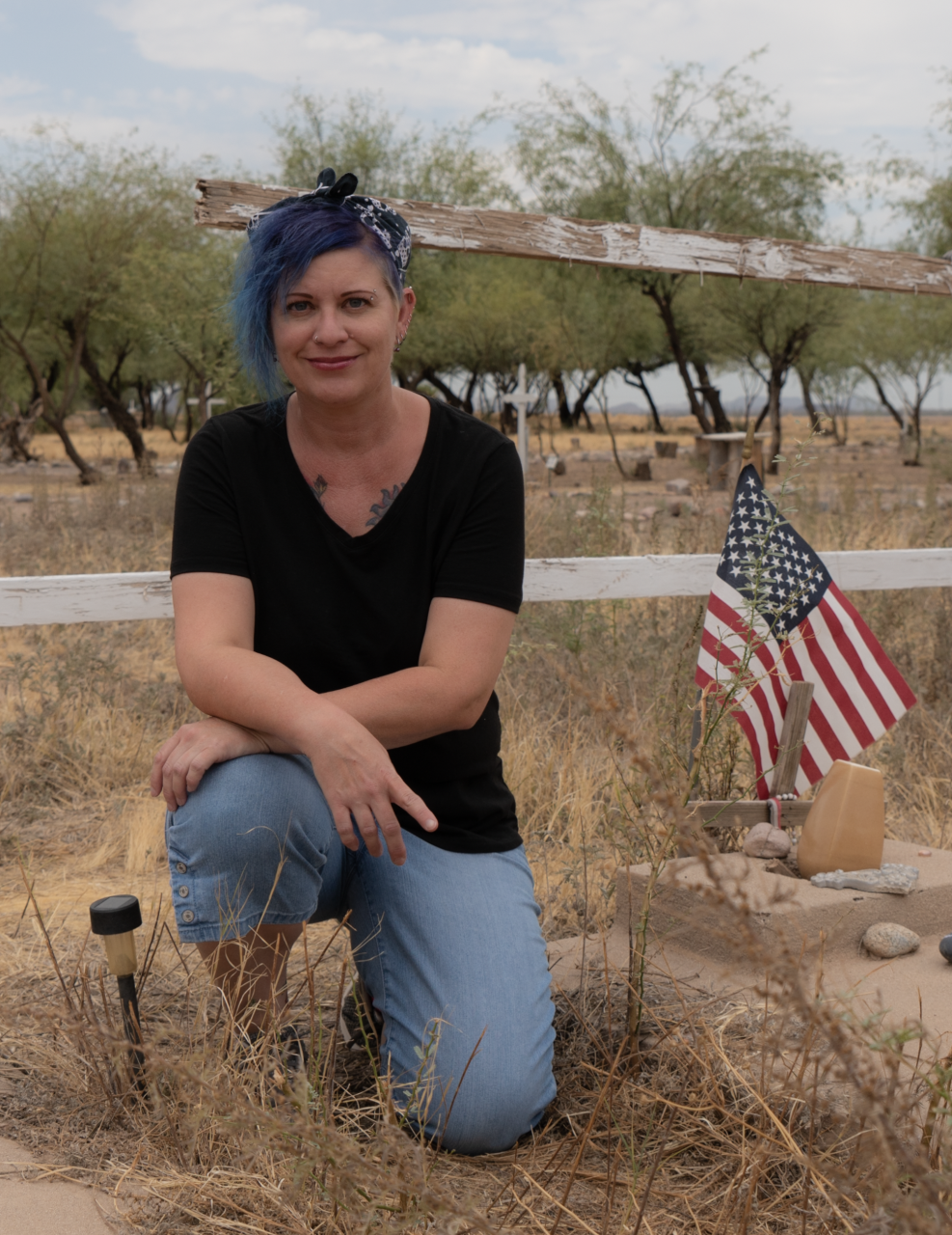 This photograph of the children’s section in the Yuma Pioneer Cemetery is included in “Graveyards of the Wild West,” set for release in August.

A scenic photo by Susan Tatterson that appears in "Graveyards of the Wlld West."

The Yuma Pioneer Cemetery is featured in a new book that acquaints readers with graveyards established across Arizona in the late 19th century.

Amply illustrated with color and black and white photos of headstones and grave markers and expansive landscape scenes, “Graveyards of the Wild West” is a collaborative effort of two Central Arizona College professors that began in March 2019 with a visit to the Yuma cemetery.

Written by Heather Moulton and photographed by Susan Tatterson, the book draws contrasts between the Pioneer Cemetery, described as struggling against neglect and nature, and other historic cemeteries that have become manicured tourist attractions, notably Tombstone’s Boothill Graveyard.

“Graveyards of the Wild West,” published by Arcadia Publishing, is available on Amazon and scheduled for release elsewhere Aug. 24.

The book grew out of different but ultimately complementary passions of the two. Moulton’s began as a child when she would accompany her mother, Nancy R. Bracken, a historical romance novelist, on visits to cemeteries to look at headstones for ideas for names that could be incorporated into plots.

“Some of the best names are on gravestones,” said Moulton, a professor of English and literature at Central Arizona College. “It just started with being interested in people’s names.”

For her part, Tatterson, a professor of digital media at the same college, had been photographing abandoned landscapes since 2008 as part of her master of fine arts thesis at the University of Baltimore.

Photographing old cemeteries became an extension of Tatterson’s previously photographed series of Arizona’s abandoned towns. She proposed that Moulton collaborate in doing the research and writing for the text that accompanies the photos.

Just the name of the Yuma graveyard told the collaborators they needed to make a trip to Yuma to see it. In fact, it was the first stop in a tour that took them to cemeteries established between the 1870s and 1911 in Jerome, Tombstone, Pearce, Pinal County, Prescott and Phoenix.

“The cemetery, established in 1895, and also known as Old Yuma Cemetery or Yuma City Cemetery, can be described as desolate, unkempt or even forgotten,” Moulton writes. “Like so many other pioneer cemeteries, it struggles against nature and neglect. The sign at the entrance is the most manicured aspect of the graveyard, and it sits adjacent and in stark contrast to the beautifully maintained modern cemetery, Desert Lawn Memorial Park.”

The cemetery opened one year after a city ordinance closed a cemetery established by the Catholic Church about three decades earlier, according to information provided by Carol Brooks, museum curator for the Arizona Historical Society in Yuma.

Today, the cemetery, located next to Desert Lawn at 1415 S. 1st Ave., is split up into sections owned by the city of Yuma, Yuma County, fraternal organizations and individual families. It is maintained by the Yuma Parks and Recreation Department.

As she circulated through the cemetery taking photos, Tatterson noticed the loose soil beneath her feet. But as a photographer, she appreciated the cemetery’s rustic appearance as an authentic representation of the historic era covered in the book.

She was also struck by the story told in the contrast between a cemetery dating back to the Old West and the nearby paved roads and overhead power lines reflective of the modern era. “It’s sort of been overtaken by our modern needs.”

She and Moulton were particularly moved by the children’s section, where, at the time of their visit, some markers were decorated by stuffed animals and other mementos weathered by time and the elements.

“It’s different than looking at the headstone of someone in their 60s,” Tatterson said. “It was tough settling the West, and I think that’s reflected in the children’s section.”

Both professors hope their book will impress upon readers the importance of knowing history, and that it can serve as a valuable teaching tool.

Some clouds in the morning will give way to mainly sunny skies for the afternoon. High 77F. Winds NNE at 10 to 20 mph.