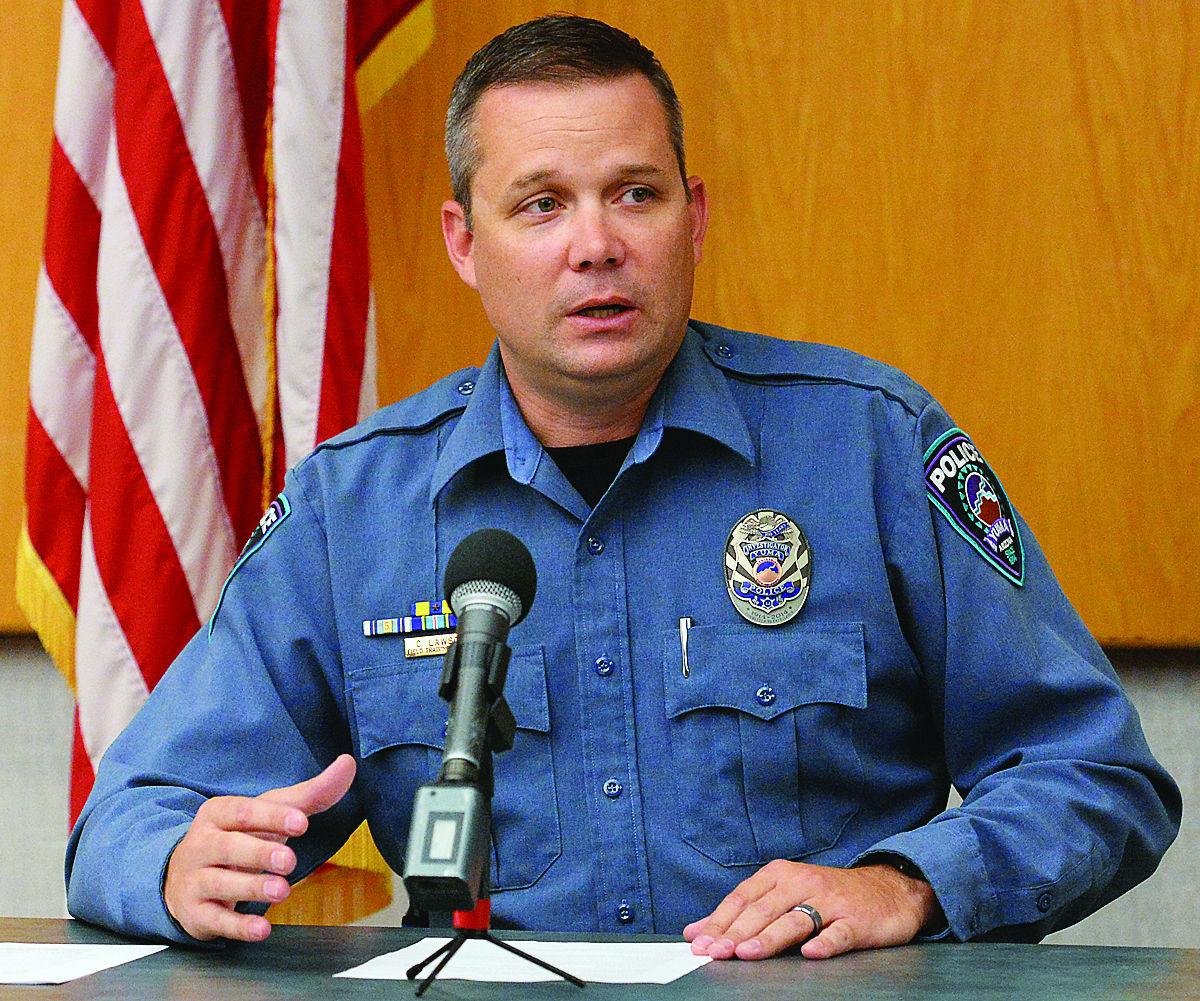 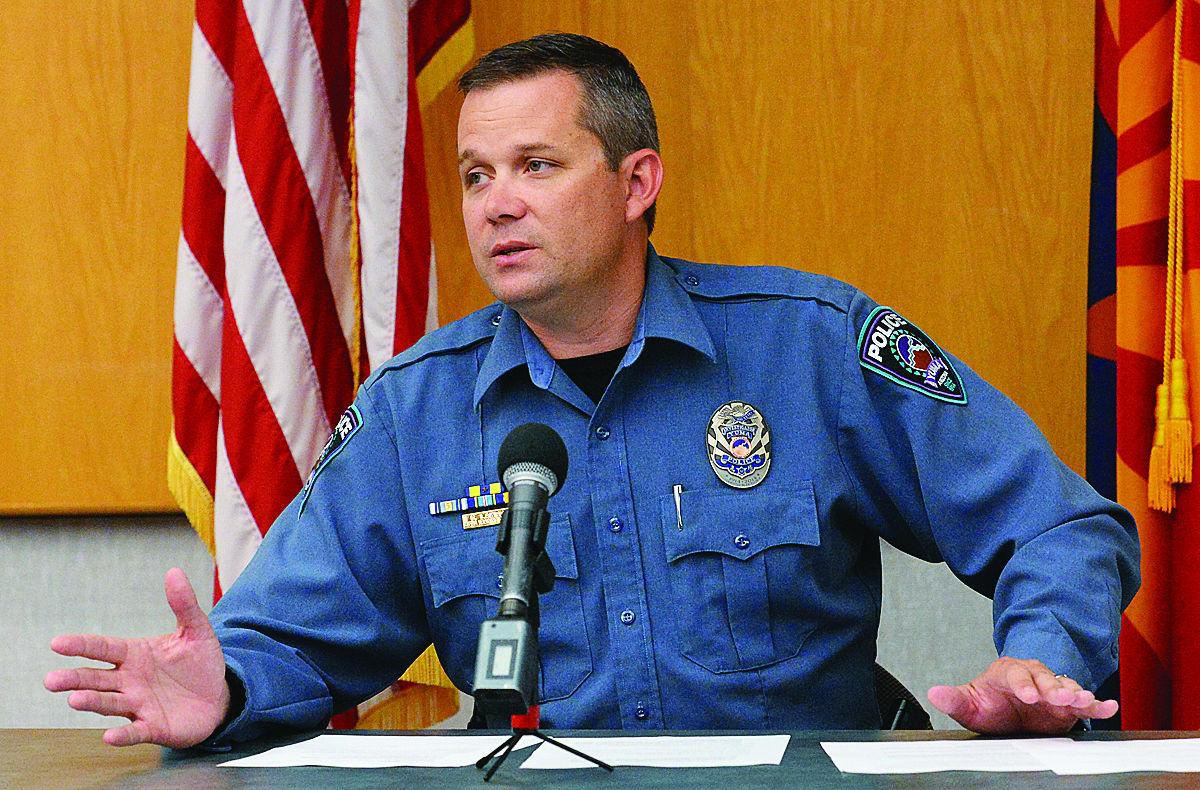 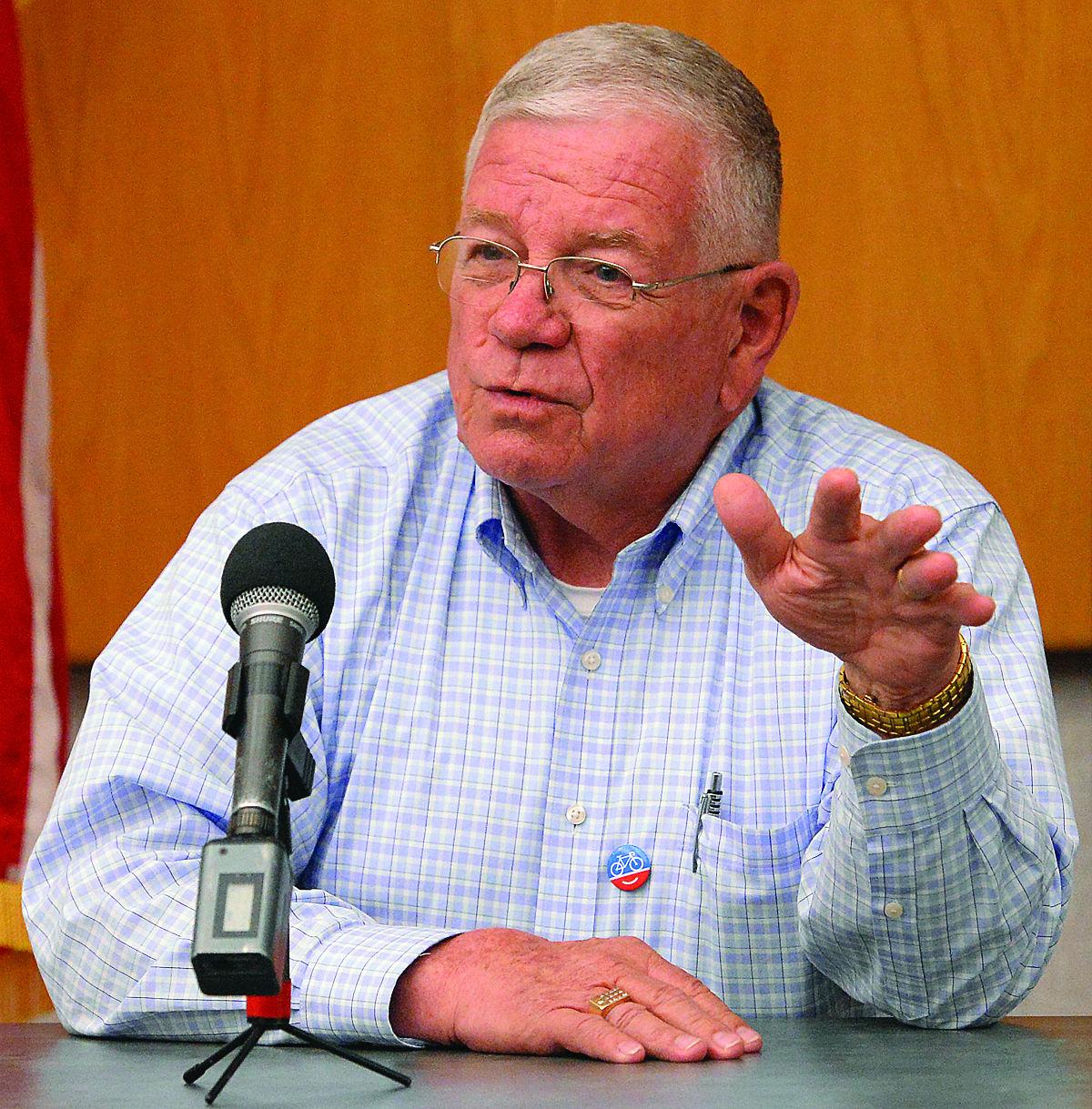 Gene Dalby, with the Yuma Regional Bicycle Coalition, talks Wednesday morning about the revisions to the city's bicycle code.

Gene Dalby, with the Yuma Regional Bicycle Coalition, talks Wednesday morning about the revisions to the city's bicycle code.

Yuma police held a press conference on Wednesday to get the word out about the city’s newly adopted and revised bicycle ordinance, which goes into effect beginning May 15.

Civilian Traffic Investigator Clay Lawson, who wrote the revisions with input from the community, said the police department had noticed a trend in cycling accidents involving vehicles and felt changes could be made in the ordinance that may reduce the number of these types of crashes.

“Our goal here was not to come out with a ticket-writing campaign. Our goal here is too reduce injuries “ Lawson said. “The whole purpose is safety and to reduce the number of accidents involving cyclists.”

Lawson said that Yuma, surprisingly, with 84 percent, had the highest at-fault rate of cyclists involved in accidents in the state, but that it is was partly due to the previous ordinance. He also added that, based on police statistics, a bicycle crash happens on average every 11 days in Yuma.

As part of the ordinance revision process, Lawson said the Yuma Police Department conducted a 561-day study which had some surprisingly shocking results.

According to the study there were 51 crashes involving bicycles during that time span, of which 50 resulted in injuries and the other being a fatality. Also, 69 percent of the crashes, a whopping 2/3 of the crashes, involved bicycles going against the flow of traffic.

The study also indicated that 59 percent of all the accidents happened while the bicycle was in a crosswalk. Another 73 percent occurred after the cyclist had been riding on the sidewalk just prior to being struck.

Also, Lawson said of all the bicycle crashes that were investigated, only one happened in a bicycle lane and that it was the result of the rider going against the flow of traffic.

The biggest change to the ordinance, Lawson said, is that cyclists are now permitted to ride on sidewalks, unless the front doors of businesses open onto the sidewalk or the city has posted signs prohibiting bicycle use.

Areas such as Main Street and downtown are the major areas affected by this provision. The previous ordinance barred cyclists from sidewalks in all business districts, including areas along high-speed roads like 16th Street and 4th Avenue where there are no bike lanes.

Users of what are being defined as “play vehicles” under the new ordinance are also not be allowed to ride on sidewalks where they could run into people going in and out of businesses.

These “play vehicles” include any motorized and non-motorized skateboards, scooters and roller skates. Wheelchairs and motorized scooters used by the disabled, children’s bikes with wheels less than 16 inches in diameter, along with people pushing children in strollers, are all exempt.

When riding on sidewalks, Lawson said cyclists are required to give the right-of-way to pedestrians and other users, and to vehicles when they intersect with a roadway.

Another big change is that cyclists are required to ride in the same direction as the adjacent traffic, whether they are in a bike lane, on the sidewalk or riding on the shoulder of the road. They also must use a bike lane on the streets where one is provided.

“We can only do so much here at the police department. It is up to the riders out there to do this stuff and be safe,” Lawson said. “Their attention and being observant of their surroundings is what is going to help us reduce injuries.”

Education will also play a prominent role in reducing the number of bicycle accidents in the years down the road. Lawson stated that Yuma police will visit the schools and teach the children about the new bicycle ordinance so they can start riding safer now.

Coalition President Gene Dalbey, of the Yuma Region Bicycle Coalition, who helped Lawson co-write the changes to the ordinance, was also on hand and spoke mostly about the overall need for bicycle safety.

Dalbey said before the ordinance was completed they gave out draft copies of it to avid cyclists, asking them to review the proposed changes and offer any suggestions. For the most part, he added, most cyclists seemed to be very encouraged by it.

“There were some initial issues, but as the ordinance was revised it turned in to what we see as a really good effort to make Yuma bicycle-friendly and safe,” Dalbey said. “Safety is paramount.”

He continued by saying that he believes educating young cyclists about safety will make them better drivers in the future because they will be more apt to be safety conscious when they are old enough to get behind the wheel.

In addition, Dalbey said he also believes it is important that enforcement, in which violators are issued civil citations, be a major part of the ordinance.

When asked what his vision for bicycling in Yuma was, Dalbey said he would like the county to one day be considered a bicycle rider’s destination. He added that Yuma County relies on tourism and that bicycling is a big part of tourism.

Some sun this morning with increasing clouds this afternoon. High near 85F. Winds SW at 10 to 15 mph.

Cloudy skies early, then partly cloudy after midnight. Low near 55F. Winds WNW at 10 to 15 mph.