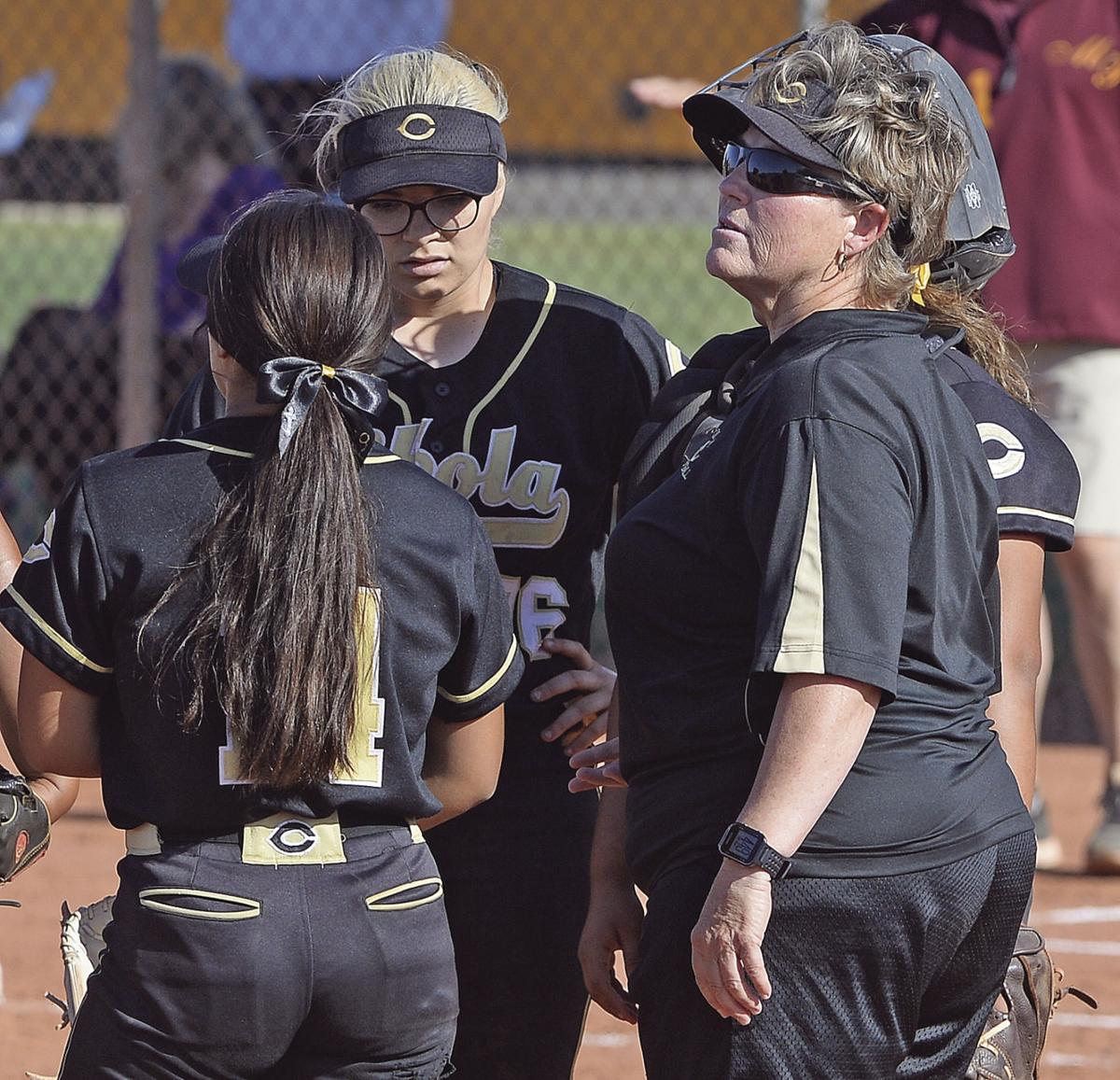 In this file photo, Cibola softball coach Shelly Baumann addresses her team in the circle. 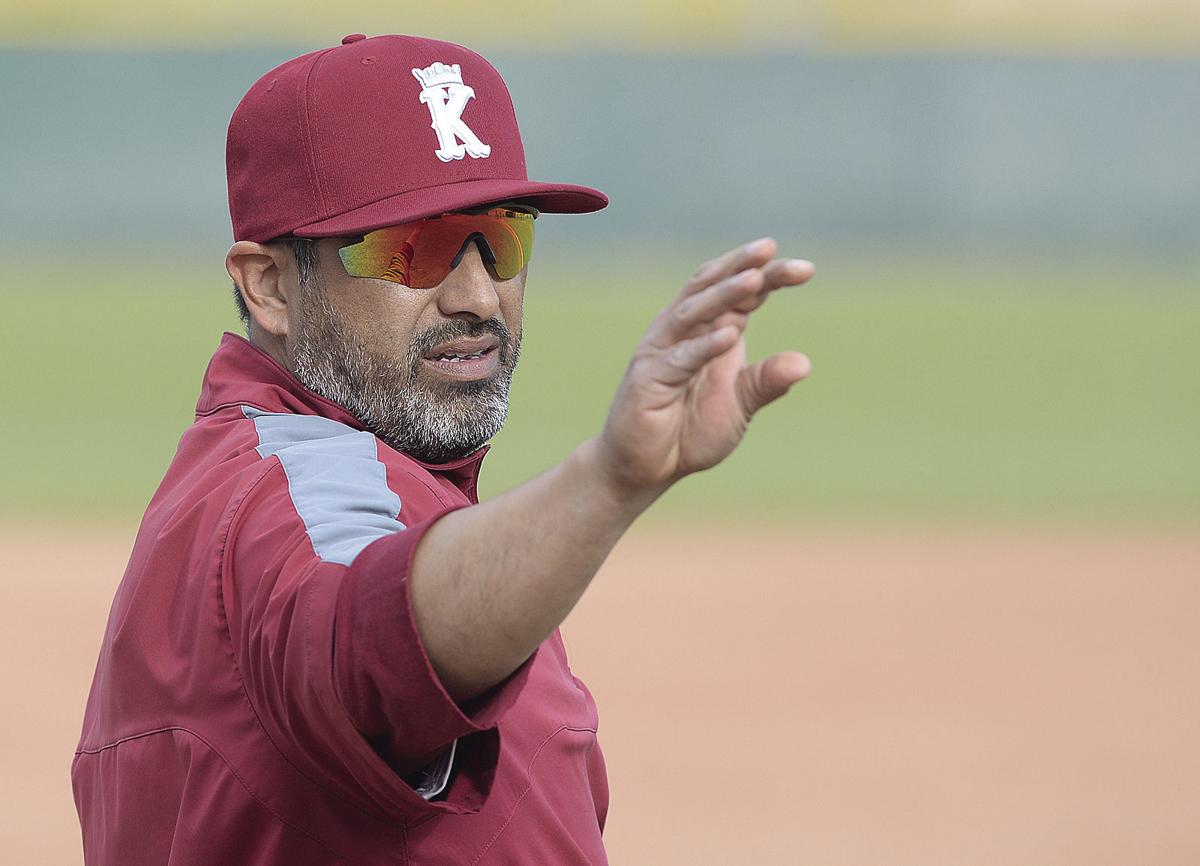 In this file photo, Kofa baseball coach Richy Leon calls for time during a game.

In this file photo, Cibola softball coach Shelly Baumann addresses her team in the circle.

In this file photo, Kofa baseball coach Richy Leon calls for time during a game.

It’s been an unusual time here in Yuma with the shut down of schools and sports.

On March 12, the Arizona Interscholastic Association temporarily suspended the play of high school athletics until March 30 due to the coronavirus outbreak. Since then, the growing number of infections across the country – including in Arizona– has prompted play to be suspended “until further notice,” the AIA said on March 20.

Arizona schools are currently closed through at least April 10, and the AIA has stated that a decision on the resumption of spring sports won’t be made until schools are back in session — if school even returns at all.

It’s affected many in Yuma – which for most spring-sport teams began in late February – and has now been on halt for 15 days, and opinions vary whether or not it will ever resume.

“I know, especially from the seniors, I saw frustration,” San Luis baseball coach Cesar Castillo said when he informed his team regarding the suspension of AIA athletics. “I saw sadness. I saw one of our better seniors almost in tears because their season is coming to an end. I was trying to stay as positive as I could with him, and really with the whole team, because we were really successful in the first 12 games and the kids were feeling confident and upbeat.”

For some players, the reality of play being suspended didn’t fully kick in until a day or so following the announcement.

“Our girls, when they first heard the news, they kind of were like ‘ahhh’ and it didn’t really hit them,” Gila Ridge softball coach Courtney Reed said. “Then we had a meeting the next day real quick to kind of reiterate what was happening and there it hit a couple of the girls pretty hard. They got emotional about it and realized ‘oh, man, this is it.’”

For everyone involved, the news was difficult to swallow and in hindsight, as the number of infected persons continues to rise, the coaches believe the AIA made the correct call.

“There’s two ways to look at it,” San Pasqual baseball coach Faron Owl said. “Obviously, safety first for all the students and you’d hope everyone in the health profession makes the right choice – in which I think they did. To me, it’s a loss, but it’s not a major loss. Like I said, it’s the health and safety of the students that’s more important than any athletic event.”

Not only were just the players emotional during this period, but coaches as well. Cibola softball coach Shelly Baumann, who’s spent 32 years as the face of the Lady Raiders, knew her time with the team would be coming to an end.

“That was the last time I got to see (my team),” she said. “I know the girls talk back and forth, but I haven’t been in anything like that. It’s a hard thing. It’s unprecedented. We’ve never had anything like this. I feel for our seniors. Hopefully, we have a season, but everyone’s health is so much more important than any sport we can play.”

The senior players potentially will not finish their final year of high school eligibility. Spring-sport athletes in the NCAA/NJCAA will have an opportunity to return to school next season, if they ultimately decide to, but the students finishing their final year of high school won’t have that option available. It’s horrible that they had the game taken away from them with most of them knowing their athletic careers will end when they graduate in a few months.

“We understand it’s bigger than baseball,” Kofa baseball coach Richy Leon said. “We understand it’s bigger than our district and our schools, but obviously there was disappointment… I feel bad for our seniors. Hopefully, there’s some hope to get some kind of closure. Maybe we could be allowed to play the last few games of the season and that would go a long way to make our seniors feel like, ‘okay, we started the work and finished our season.’”

“Hopefully, that’s the case…These precautionary measures are bigger than ball. Maybe by this summer…we’ve been in talks, very briefly, with other coaches to maybe have some high school league over the summer so we can kind of recreate our season, at least locally. Again, to help our seniors have some sort of closure.”

Leon isn’t the only coach feeling optimistic that play will resume. Yuma Catholic’s baseball coach Curt Foppe believes play will resume and the season will be finished thanks to the AIA’s due diligence of this situation.

“What we heard from the AIA and them not completely canceling the seasons all together was definitely uplifting….There was a little bit of happiness and hope that we’re still going to play some games. Obviously, it’s an ongoing process, but the seniors got a little bit of hope that they get to go out there and play some baseball.”

While optimism lies in some, others – Baumann – in particular, don’t see sports being played anytime soon.

“You watch the evening news and you just don’t think that’s even possible,” she said. “That’s all I can say on that. Hopefully, the state, and even our school district, will make the choices that are best for our student athletes.”