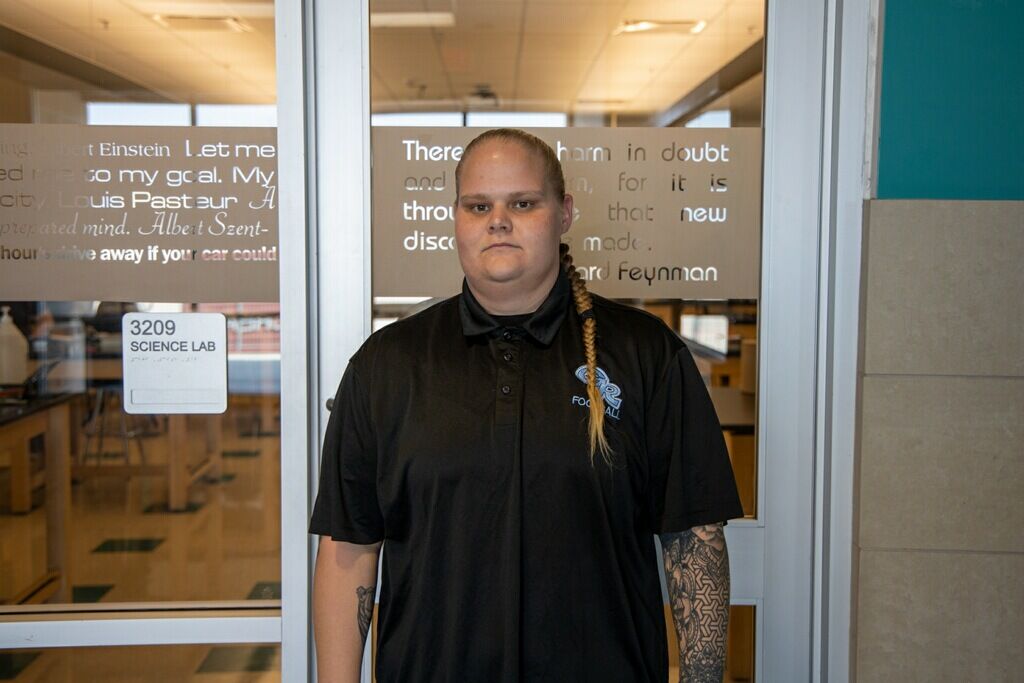 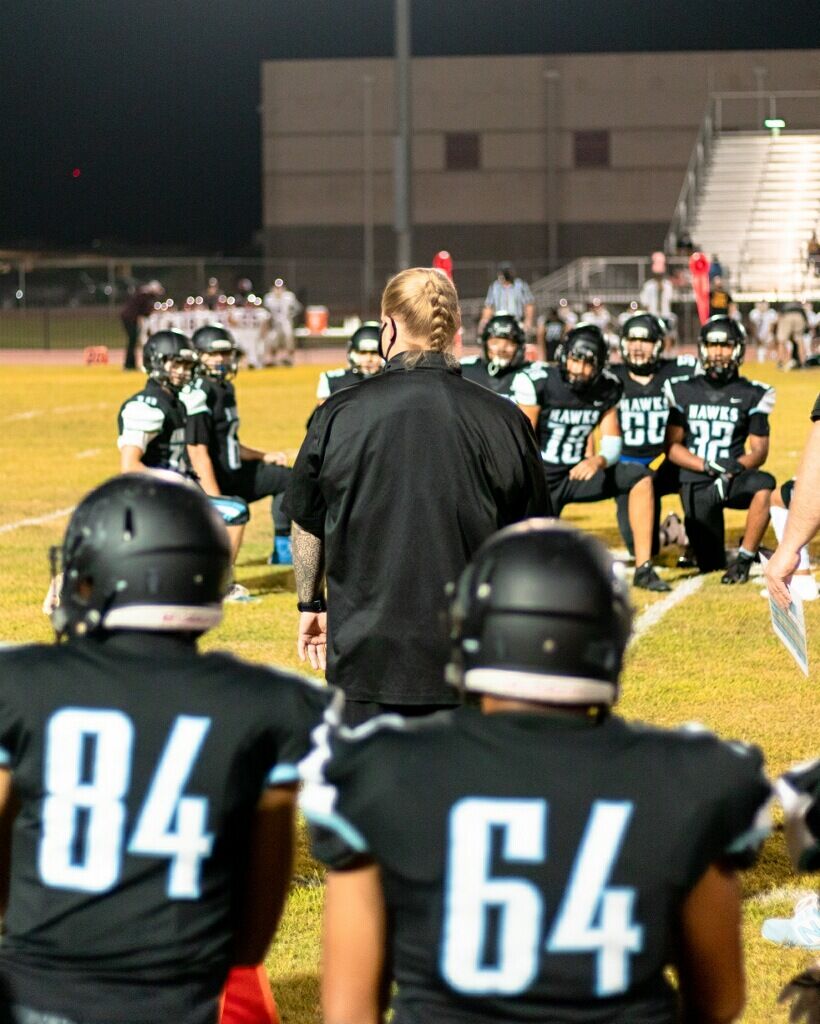 In this file photo, now varsity head coach Jessica Slaughter talks to her team during a timeout in a game this past fall. 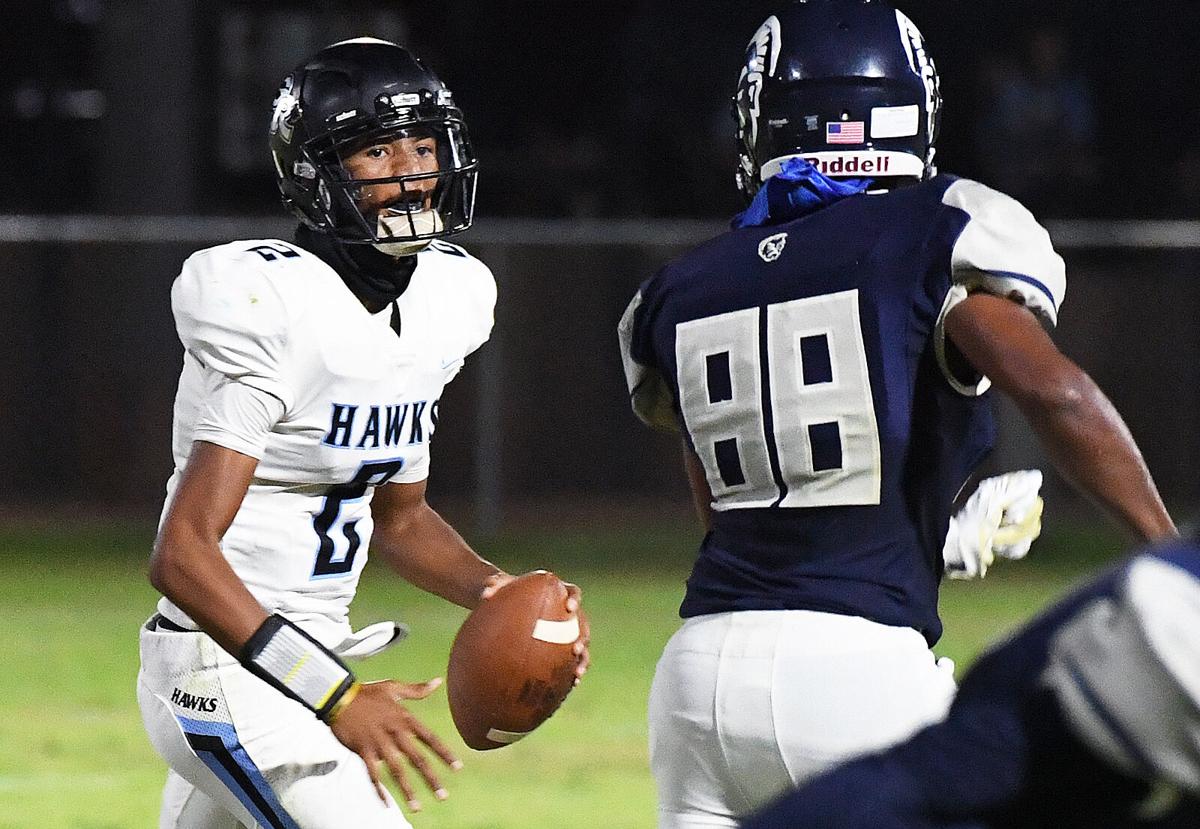 Buy these photos at YumaSun.com Gila Ride quarterback C.J. Wiggins (left) looks for a receiver downfield during the Hawks' game against Yuma High at Doan Field on Oct. 16, 2020. Photo by Randy Hoeft/Yuma Sun

In this file photo, now varsity head coach Jessica Slaughter talks to her team during a timeout in a game this past fall.

Buy these photos at YumaSun.com Gila Ride quarterback C.J. Wiggins (left) looks for a receiver downfield during the Hawks' game against Yuma High at Doan Field on Oct. 16, 2020. Photo by Randy Hoeft/Yuma Sun

History has been made here in Yuma.

“I’m honored to lead this team,” she said. “This is a great opportunity and I’m excited for the future of Gila Ridge football. We’ve been successful in years past...and I’m looking to continue that success.”

Slaughter takes over a program that has compiled a 16-2 record over the past two seasons, including the school’s first AIA semifinals appearance in 2019.

“Jessica has consistently demonstrated skills in not only leading Gila Ridge students, but developing student-athletes as leaders,” Gila Ridge principal Shawn Wehrer said. “She has head coaching experience with track and field, and has been a part of the football program here for the past four seasons. The combination of her knowledge, leadership skills, and growth mindset make her an ideal fit to continue building upon the success of our program.”

Slaughter’s accustomed to the environment at Gila Ridge, as she is a graduate of the school. She’s developed and coached a lot of the current athletes on the varsity team – making the transition to a new position that much easier.

“Of course, it’s great,” she said. “I’ve had relationships with about 75% of these kids. It’s really been neat to watch these kids grow and develop within the program...I think it does help out and there’s no awkwardness of stepping into a new season.”

The 27-year-old takes hold of a program that competes in the 4A West Valley division. The Hawks’ schedule is littered with talented teams, but Slaughter’s knowledge of the game during the interview process gives the Gila Ridge committee that ultimately chose their new head coach, plenty of confidence moving forward.

“Jessica stood out from the pack,” Gila Ridge baseball coach James Kuzniak said. “She’s been on the football staff...she knew her stuff. It was impressive. Whether it was an offensive or defensive question or offseason weightlifting, everything that was asked of her, she gave great in-depth answers...She’s someone that has put a ton of time into studying the game.”

Slaughter admitted she loves the defensive side of the ball, but she’s not afraid to teach the offense.

“I enjoy working with the offensive line and skill guys,” she said. “I’m comfortable anywhere and willing to step into any role we need.”

“We talk a lot in the district, even in our board meeting about equity,” YUHSD chief communications officer Eric Patten said. “Really it’s about equity and opportunity. First off, coach Slaughter wouldn’t be the head coach if she wasn’t the most qualified and she’s proven that over her last four years...It’s still quite a monumental achievement, especially in a sport that’s been male dominated for a century.”

Slaughter mentioned she’s retained most of the 2020 staff and her team is currently participating in 7-on-7 events across the state.

Gila Ridge begins their 2021 season at home against Kofa on Sept. 3.