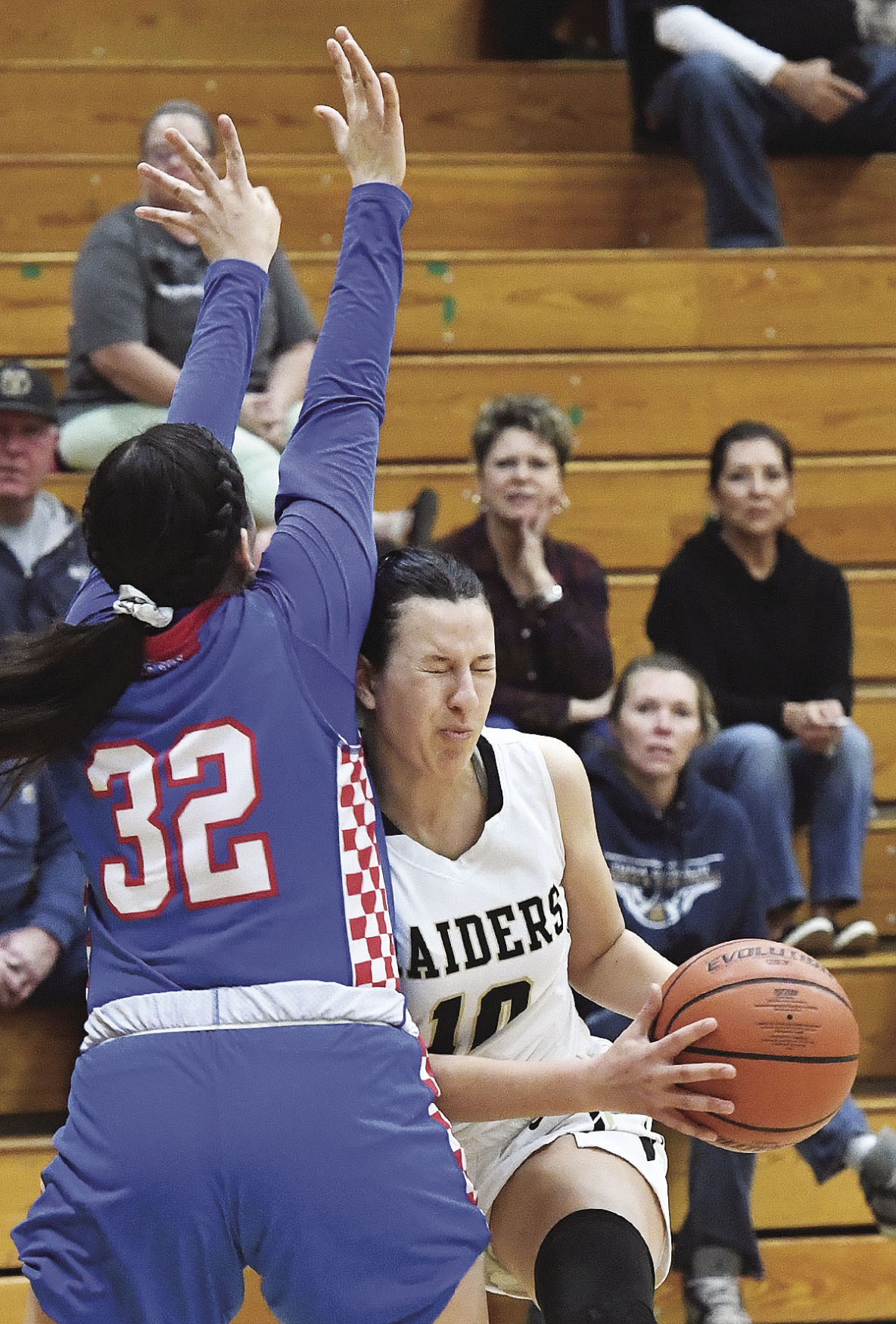 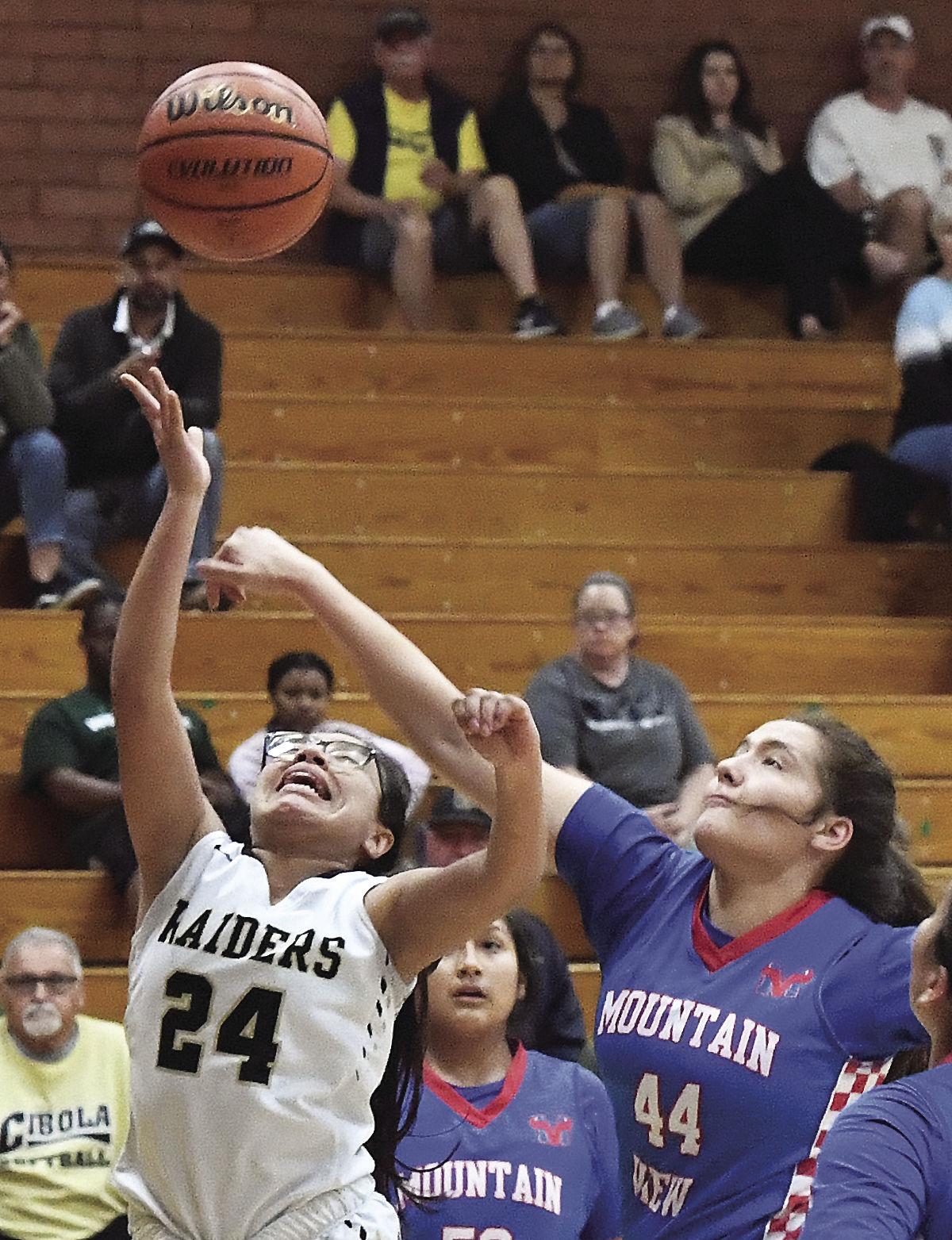 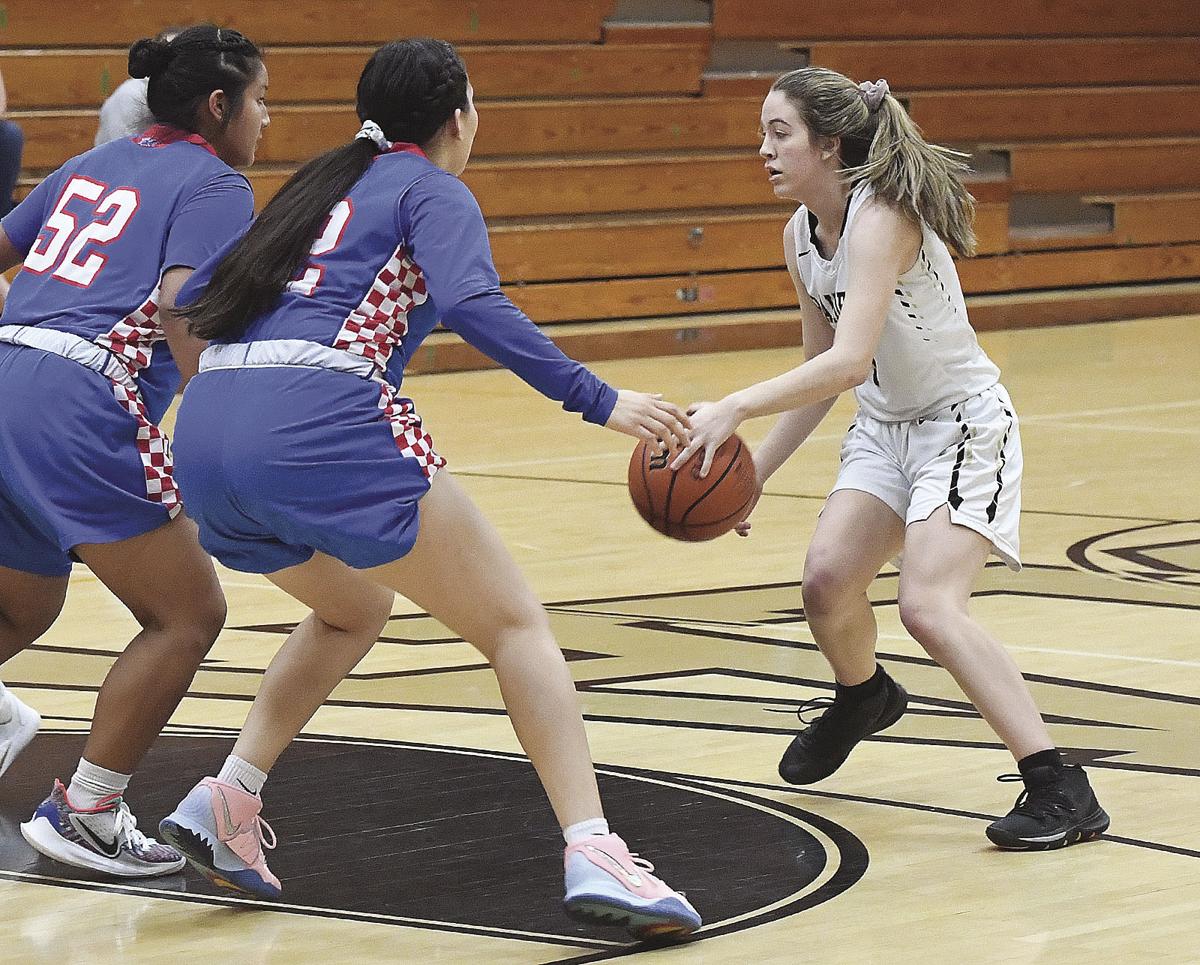 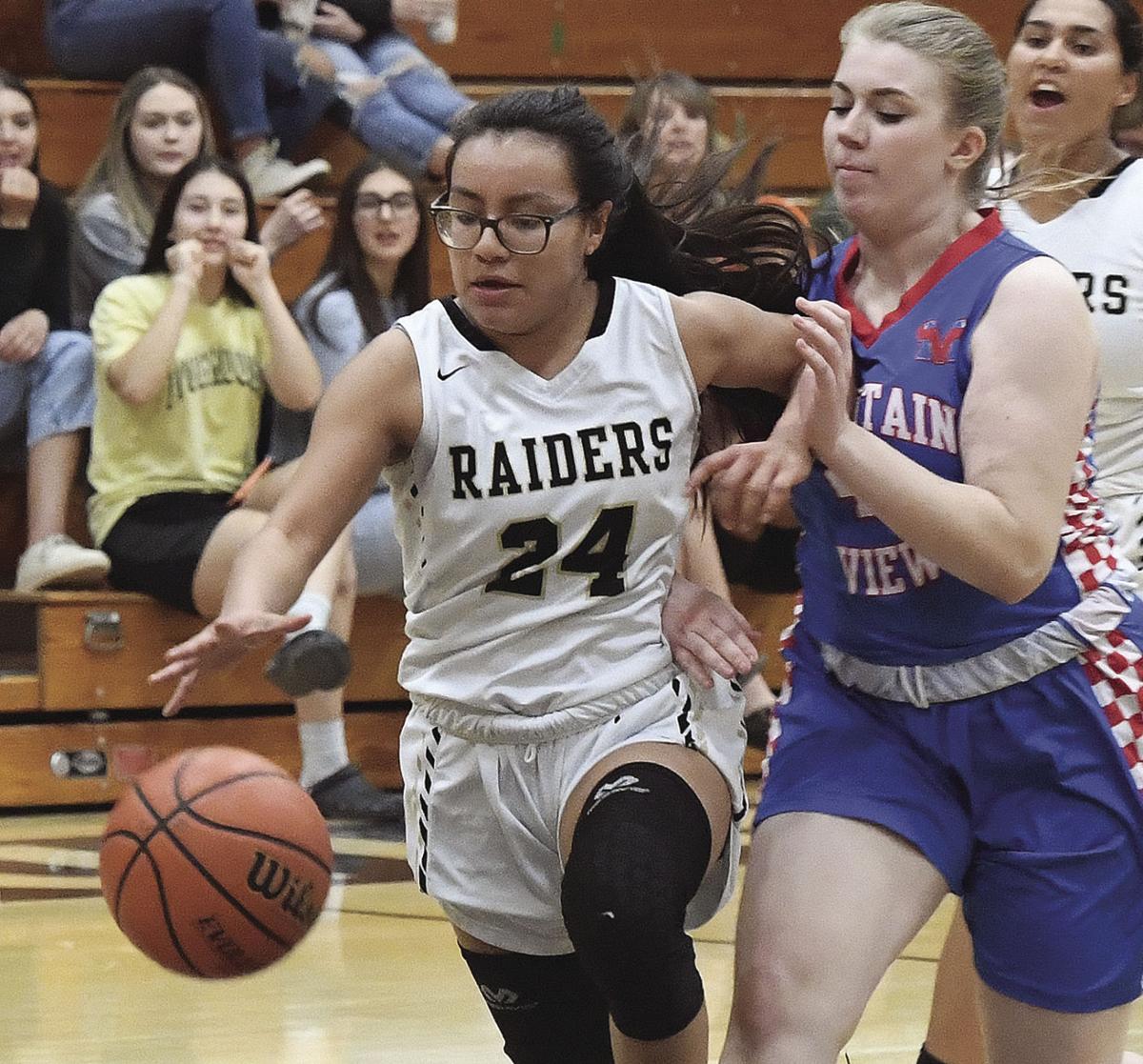 Cibola's Ariana Luera (24) drives the ball into the paint while being pressured by Mesa-Mountain View's Madison Peterson during the first quarter of Thursday night's Arizona Interscholastic Association 6A Conference State Tournament Play-In Game at Raider Gym.

Cibola's Ariana Luera (24) drives the ball into the paint while being pressured by Mesa-Mountain View's Madison Peterson during the first quarter of Thursday night's Arizona Interscholastic Association 6A Conference State Tournament Play-In Game at Raider Gym.

Cibola’s inability to be consistent scorers for all 32 minutes haunted them in Thursday night’s defeat to No. 21 Mountain View Mesa in a 6A state play-in game.

The 12th-ranked Raiders kept it tight for the most part, even snagging an eight-point lead in the first half, but failed to find a go-to scorer in the 57-49 loss.

After being tied at halftime, the Raiders were sluggish and sloppy on the offensive end to start the third quarter. The Toros’ staunch defense limited the Raiders to just two points in the quarter, helping them get a seven-point lead going into the final eight minutes.

“I think the zone really messed with us,” Cibola coach Anthony Gerg said. “We weren’t making outside shots and it took us a while to adjust to it. I think our passing began to get sloppy and they were in the passing lanes. They were being a bit more aggressive on us and making things more difficult. I think we just got rattled. We regrouped in the fourth quarter and made a comeback, but you have to be consistent in all 32 minutes.”

Mountain View didn’t shoot the ball well throughout the night, but capitalized at the free throw line en route to its first postseason victory since 2015. The Toros finished 25-of-34 from the stripe, including 18-of-25 in the second half alone.

Cibola was just 3-of-9 from the entire game.

“I knew they had the advantage,” Gerg said. “We missed some ones early that could have made the game a little different down the stretch. (Mountain View) did a great job of knocking down their free throws. They were more composed and made it more difficult for us.”

One of the lone bright spots for this Cibola offense was freshman guard Mia Soria, who dropped 13 points. The sharpshooting guard provided a huge boost while drilling four 3-pointers. Ariana Luera, who finished with nine points and eight assists, did a tremendous job of collapsing the Toros’ defense and finding Soria on the perimeter.

Soria personally kick started the Raiders’ fourth-quarter comeback by knocking down two outside shots in the opening minute.

“She has the green light,” Gerg said. “We want her to shoot the ball. Thought she was pressing it early and not setting her feet, but as soon as she settled in she made some big shots down the stretch. She’s just a freshman and has a bright future ahead of her. She’s come along way this year.”

Myna Johnson finished with 12 points, on 5-of-10 shooting, five steals and four rebounds while Madison Mathews contributed with five points and five rebounds.

Collectively, it wasn’t the way Cibola (15-4 AIA) wanted to end its season. However, with a roster containing just one senior, they’ll be hungry for more next year.

“I was very proud of them,” Gerg said. “I love the never quit energy. They’re a very easy team to motivate and very fun group to be around. I told them I appreciate all their hard work. I told them to be ready because we’re going to work all offseason. The goal is to always win the last game of the year.”